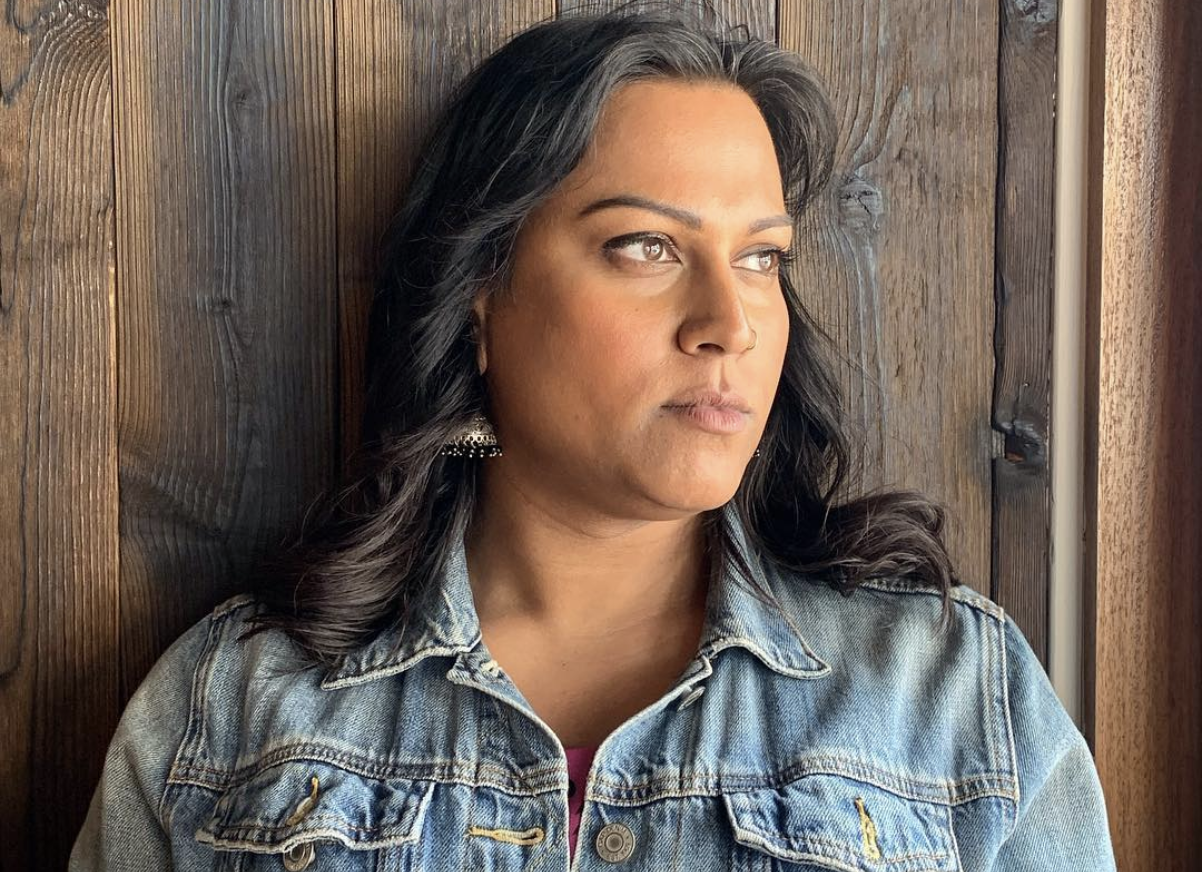 Hollywood is challenging — it’s a perpetual game of tug-o-war between who you are and who society wants you to be, all moderated by an old, straight, white guy in his 60s telling you what’s right and what’s wrong. Sounds enticing, right? It’s a tough game, but there’s also a reward for those who are able to strike a balance between what a role requires while still staying true to yourself and your values. I had the privilege of interviewing the wonderful Aneesh Sheth, whom you may recognize from “New Amsterdam,” “High Maintenance,” “Difficult People,” “Outsourced,” and most recently Marvel’s “Jessica Jones.” Her perspective on identity was truly eye-opening.

Are there any people who really influenced your decision to pursue acting?

My parents have always been big supporters of the arts and culture from even before I was in their life. When I was four years old, they took me to my first Broadway show and they saw how much I loved it. I think they figured this was a way to keep me entertained and out of trouble. But I started doing community theater and piano at 6 and then voice and flute at 11.

I vividly remember, growing up, there were two brown people on Broadway—Devanand Janki, who was in the original company for ‘Miss Saigon,’ and Anjali Bhimani who was in ‘Metamorphoses.’ Both of them are good friends of mine now. In my early college years, I would go see those shows and make sure to make some sort of connection with them because they were quite literally the only representation of what looked like me doing what I wanted to do. And through conversation I found out that Anjali had the same voice teacher as me! We ended up getting really close and throughout my journey in the industry she’s been someone I go to talk to and get advice.

She then told me an amazing story from when she was on a panel at Lincoln Center about a year ago, and after the panel Devanand Janki introduced himself to Aneesh and congratulated her on all her success. It’s truly amazing how these things come full circle.

What was your experience on “Outsourced?” Did you ever struggle with your authenticity?

But anyways, remember this [Outsourced] was before Laverne Cox, who was really the tipping point of trans-representation. It was my first network gig and the only prospect I had of getting into that world.

Aneesh’s honesty was inspiring. From the sidelines, it’s easy to criticize those who steer into the skid of stereotypes to jump-start their career. But we often forget that casting in Hollywood has not yet evolved into a 100 percent color-blind process. First-time actors of color usually do not have the luxury to pick and choose who they want to play; you take what you can get.

So, how did you deal with being stereotyped?

The criticism was always around, ‘Why are you playing a sex worker you’re just perpetuating the stereotype of trans women and especially trans women of color?’ And I totally understood that criticism but it was my one chance and I needed to pay bills so I took the job. Now I can talk about it because the conversation about trans-representation has changed so much. I can talk about my South Asian identity within it; at the time it would probably be the only role that would allow me to rely on my South Asian identity.

There are a number of projects where I’ve felt tokenized and I was always aware of when that was the case; but for me, it was because I was trans, not because I’m South Asian. They made it all about me being trans and never about me being South Asian. I want people to see me more for my cultural identity because that’s me too!

This was really interesting to me. Many South Asian actors struggle with being tokenized for their cultural identity — they get put in this bubble of only being able to act within their culture. Aneesh’s situation is different. It’s almost like people can’t get past her trans-ness long enough to identify her by anything more.

Part of the reason I got so excited when Brown Girl wanted to interview me was because 99.9% of press requests I get want to talk about my trans-ness and a very very small percent even want to even broach the topic of my south Asian-ness. I get, ‘You’re not trans enough,’ all the time because I haven’t worked on any of the community shows that have trans-narratives. People look at me and my pass ability and think well she isn’t trans enough so people aren’t going to look at the TV and think, ‘Oh, we think we know she’s trans.’ And it’s all perspective right? I mean what does trans really look like?

What was the impetus for your activism?

When I started to transition (early 2008) the industry was very closed off to trans representation. The types that did exist were the stigmatized stereotypical representation like prostitution and we were also played by cis men in dresses.

I was even told by an agent, ‘I can barely find you work as a gay South Asian male, how am I supposed to find you work as a trans South Asian female?’ and so I left the business and went back to school to become a social worker. I was a social worker for a couple of years and then I moved out to California. My activism was initially very client based because I really liked the personal care of it all. I eventually found my way back to acting and then it hit me. I mean I don’t know any other trans South Asian women in the industry. How could it be that I’m the only one? Are people just not getting the opportunity, visibility, or voice?

I have always struggled with visibility. I’ve often felt on the outside of circles, beating my own drum, alone in the wilderness. It’s helped immensely in my personal growth; a growth I recognized within myself but wasn’t sure if others saw in me. Being in show business you’re always hearing why you aren’t getting seen. As a queer person you’re always hearing why you shouldn’t be seen. But then you find people who see you, understand you and help showcase you to the world. Part of my growth has been acknowledging those who do see me, and there are always more than you think. I am incredibly lucky to have @bjcb #billybustamante see me. I had so much anxiety walking into the studio to have my headshots done after almost a decade. (Yes, I know it was time.) With these incredible humans, we created magic in the morning. Thank you Billy, Emma and Rob for the looks, the love and support. Hello, world! . . . ?: @bjcb Hair: @robandhair Makeup: @sandybz . . . #headshots #nyc #newyork #losangeles #la #actress #transactress #trans #transgender #transisbeautiful #southasian #desitransgirls #southasianactress #desiactress #desigirl #southasianrepresentation #hairandmakeup #hmu

So how would you say your activism influenced your acting?

The activism no longer is no longer a separate thing and meshes with the acting and now influences the kind of work I do now. I’m very judicious about a) the people I have on my team. Everyone on my team has gotten the ‘Aneesh lecture’ like hey this what I’m focused on and this what I believe in and if you don’t believe in the same stuff then you’re not part of my team and I’m very judicious about the roles that I go out for.

She told me a story about a role she was offered for a movie that had a really thick accent. She turned it down. If they really wanted someone with an accent they could go find one, right? But, they came back and asked if she’d take the role if they took out the accent. She ended up becoming a part of the process to develop the character into someone more realistic.

I’ve realized there are instances where we raise our voice and speak out and we get rewarded for that.

[Read Related: What the Academy Class of 2019 Means for South Asian Representation in Film]

Aneesh Sheth is a reminder for all those in this industry that identity is multifaceted. There is not just “one” thing that defines us, and we cannot allow our peers, or even ourselves, to forget that, especially now. We need to support each other, encourage each other and, by speaking up, pave the way for the next generation to do the same.