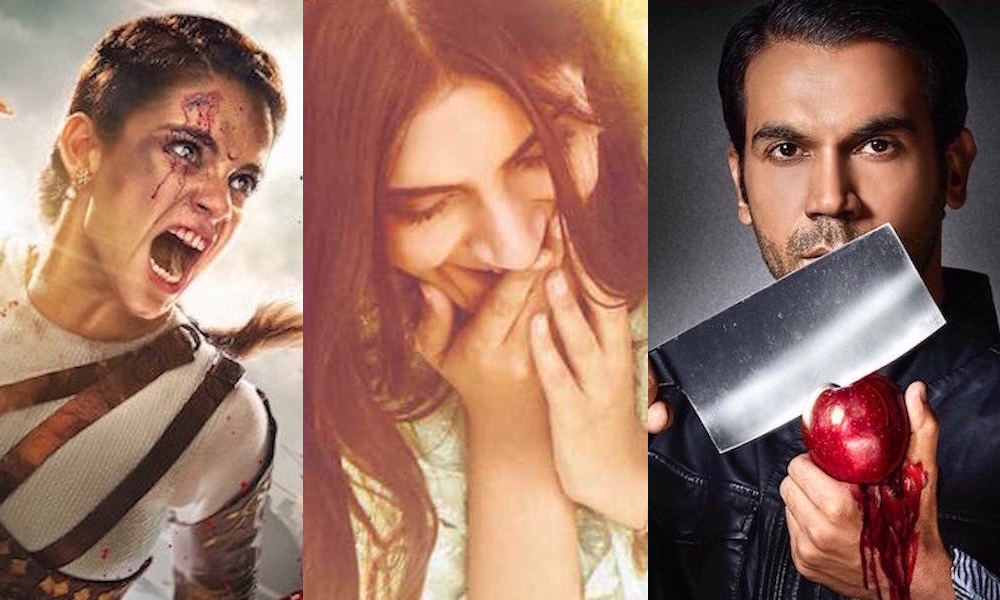 As 2018 draws to a close, we look ahead to what 2019 has in store in Bollywood movies. Here are 11 films we cannot wait to watch this upcoming year. And honestly, just from the few snippets we’ve seen of the following movies (whether they be trailers, or even just pictures of the cast and crew together), 2019 is shaping up to be a banner year for the Hindi film industry.

1. “Manikarnika: The Queen of Jhansi”

Despite the rumors of drama during production, we are still beyond intrigued and hyped for this new film starring Kangana Ranaut about the iconic queen of Jhansi (the actress also took over the reins of director towards the end of production). The trailer is, in just one word, EPIC.

The film, titled after the hit song from “1942: A Love Story,” stirred audiences when the teaser trailer released earlier this year. The first film together for father-daughter duo, Anil and Sonam Kapoor, and produced by Vidhu Vinod Chopra and Rajkumar Hirani, this film will be groundbreaking as it is one of the first mainstream Bollywood movies to further the LGBTQ conversation. Here’s hoping 2019 in Bollywood will be a year of progress!

Zoya Akhtar is back with a musical drama film that is based on the lives of musicians Divine and Naezy, who were known for their son “Mere Gully Mein.” With a cast of Ranveer Singh and Alia Bhatt, we know we’re about to get some power onscreen performances.

Akhtar recently revealed the film will have its world premiere at the Berlin Film Festival, a huge honor for a Bollywood movie. Given the star power in front of and behind the camera (Akhtar is the acclaimed director of “Dil Dhadakne Do” and “Zindagi Na Milegi Dobara”), we already know this will easily be one of the best movies of the year.

Kangana Ranaut and Rajkummar Rao, last seen together in “Queen,” are back together with this psychological thriller. A Balaji Motion Pictures production, this film is sure to be one to watch. The first look caught my attention already, what do you think?

Now this one is really special ! Introducing #ZoyaFactor a movie based on Anuja Chauhan’s bestseller. Releasing on April 5, 2019! Co-starring @sonamkapoor directed by #AbhishekSharma. #AdlabsFilms @foxstarhindi

The film is based on Anuja Chauhan’s novel, “The Zoya Factor,” which revolves around a girl who works in marketing who turns out to be a lucky charm for the Indian cricket team. This film will also mark the dreamy Dulquer Salmaan’s second Bollywood feature ever. If you’re into romantic comedies, definitely look forward to catching this one in theaters in April!

#KALANK ? April 19th 2019 #goodfriday. 13 million post. So happy to start this film with some old friends and some new.

This Dharma productions film has already faced a lot of drama since Karan Johar announced its production. Originally titled “Shiddat”, “Kalank” is going to be the biggest multi-starrer film this season!

Set in the 1940s, this epic historical film is definitely one that movie critics and audiences alike will be looking forward to with high expectations.

After much news as to who will be cast in this film, this sequel will introduce two new actresses to the industry, Tara Sutaria and Ananya Pandey. While “Student of the Year 2” is not directed by Karan Johar, it will be produced by him. And it will be extremely interesting to see how this version racks up to the popularity of the original.

It’s been a quiet year for Salman Khan. While nothing has been released about the plot or genre of this film, he’ll be back in 2019 with a fire cast and a third team-up with his “Sultan” and “Tiger Zinda Hai” director, Ali Abbas Zafar.

Good News! That's the name of our film and so is the news I am sharing 🙂 It is a ‘dramedy’ Due Date 19th July, 2019 #GoodNews @karanjohar @apoorva1972 #KareenaKapoorKhan @diljitdosanjh @kiaraaliaadvani #RajMehta @shashankkhaitan @dharmamovies #CapeOfGoodFilms

Akshay Kumar released the news of this Dharma-produced film on Instagram, calling it a “dramedy”. We know absolutely nothing else about this movie at the moment, but with a cast like that, we don’t need to know anymore to be hyped!

#Repost @akshaykumar ??? Proud and excited to bring the story of India’s Mars Mission, #MissionMangal to you. Coincidentally the mission was launched on this very date, 5th Nov. 2013. Meet the team and do share your best wishes for our shubh mangal journey. Helmed by Jagan Shakti, shoot begins soon ?? @foxstarhindi @sharmanjoshi #KirtiKulhari @taapsee @balanvidya @aslisona @nithyamenen

Being called India’s first space film, “Mission Mangal” is already creating a huge buzz. The plot revolves around a space mission to Mars, and with mostly women in the lead roles, this film is not one to miss!

This Dharma produced film was talked about all throughout 2018 (especially given that the leads — Alia Bhatt and Ranbir Kapoor — are now dating!), and with a end-of-the-year release date, it looks like we’re going to have to talk about it for some more time before we finally get to watch on the big screen. This film will be the first of a trilogy directed by Mukerji, who’s last film, “Yeh Jawani Hai Deewani,” was a huge success. With a big budget and big names, expectations are high!