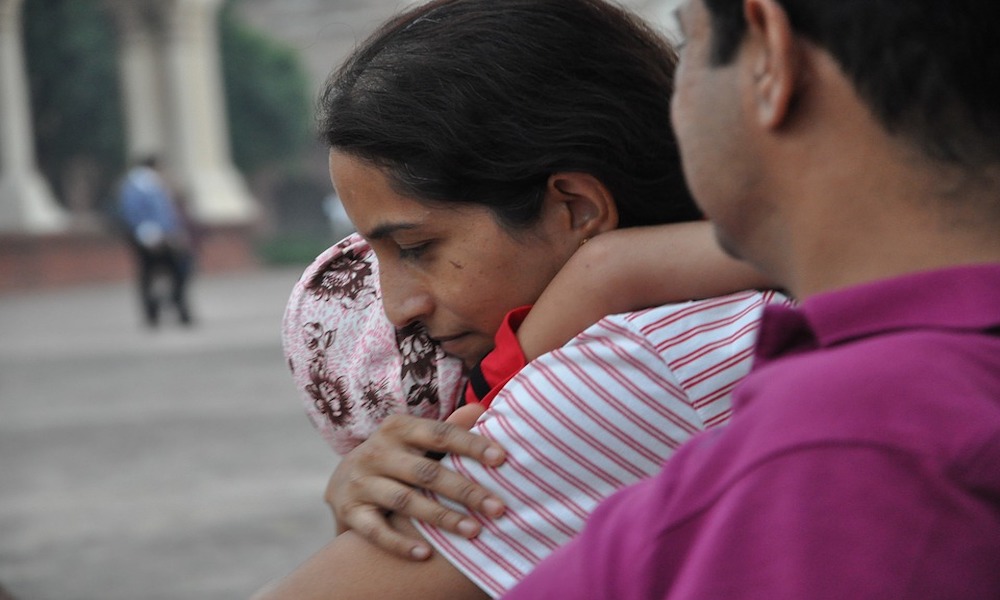 It is a tradition in Asian families that after marriage, the bride goes to live with her husband and in-laws. This can include grandparents, parents, siblings and their children all living under one roof. A Japanese study found that women living with an extended family have higher risks of heart disease, but what of their mental health?

In 2018, The Telegraph published an article titled, “The Relationship Between Women and Their Mothers-in-law is Often Fraught, But It Needn’t Be Impossible.” It reported that a Cambridge University study found six out of 10 married women thought their relationship with their mothers-in-law a strain. The vital difference here is that in British culture, it is no longer tradition to live with your parents until marriage, or for the wife to live with her husband’s family, so there is an escape from this laborious relationship. However, in Asian communities, it is still a very common practice.

There are many stories by Indian women on how living with their extended family causes them major distress, but they are unable to talk honestly about their situation due to fear and stigma against mental health in the community.

In May 2018, I met with a British-Indian Sikh woman to talk about her experience living with her in-laws. While her experience does not represent that of every woman, since meeting I have become aware of a number of other stories echoing the controlled, scrutinized and judgemental life that these women are made to live. We met in Central London and found a quiet corner in a coffee shop. She asked me to keep her identity anonymous to avoid the possibility of gossip and her in-laws finding out how she really felt. She decided, however, to tell her story because it was time to finally talk about what she had been hiding for so long.

When I first started feeling low, I didn’t know what it was. I didn’t feel like doing anything. I was miserable, I was negative, I was exhausted. I was never alone because my in-laws were always there, but I was lonely. They still don’t know that after I had my second child, I had postnatal depression.

I tried to talk to my mum and she said, ‘I’ve had five kids, what the hell is wrong with you? What do you need to be depressed about?’ so I just thought I’d forget it. I don’t have the kind of relationship with my dad to talk to him, but I know now had I told him, he probably would have been far more understanding than my mum. He was dealing with another great big Indian taboo, which is alcoholism.

I have three sisters and I’ve only told one of them. I didn’t feel comfortable talking to my sisters because they didn’t understand; they weren’t married at the time and I was embarrassed. My husband knew how I was feeling. I know he had spoken to my sister about it and told her he didn’t know what to do or how to help.

The tipping point for me was when he had gone away for business. I was traveling back and forth for our business and all I wanted to do was drive the car into the back of a 40-foot container. I’d had enough. I’d unplugged the seatbelt. I was ready to do it. My second son would be fine, but because my first son has a medical condition, I couldn’t do it. I needed to be there for him.

That was my trigger to make me think I needed to sort it out, so I went to see a doctor. I said that I didn’t want to take antidepressants or drugs because I wanted to keep a clear head for my sons.

The lady who did my cognitive behavioural therapy [CBT] was a Muslim, and I think, to a certain extent, the doctors had deliberately picked someone from the community to speak to me because they understood it better. If it was an English person, they wouldn’t necessarily understand the hierarchy of what it’s like for a woman and what her place is within an Indian family as a daughter-in-law. The CBT was at the doctor’s surgery. I only had three or four sessions, because I think, unfortunately, that was all that was allowed on the NHS (National Health Service) at the time. I couldn’t take the kids along with me. I didn’t want to have to ask my in-laws to take time off because then I would have to tell them. My husband made himself available to make sure he was there.

The other problem we’ve got is that my GP (general practitioner) is good friends with my father-in-law, so I didn’t want to talk to him in case he said something. The communities are so big and tight, if you mention it to one person, it’s like a spider web; it will spread. And then they judge you, constantly, over stupid little things.

From the questions that she asked, I found a lot of the reasons why I was having problems—my insecurities, feeling like I couldn’t cope—were because of my mother-in-law. I’ve never told my husband exactly what went on in the sessions, but that’s why, never in a million years, would I have talked to her about it. I was insecure about the way I was raising my child, I felt insecure about the way I looked, the way I acted. To this day, I can’t cook properly because as far as she’s concerned, I don’t know what I’m doing.

The Indian relationship-focused website Bonobology.com published an article giving “10 Tips to Deal With a Manipulative Mother-in-law Without Ruining Your Marriage.” The list includes suggestions like: “Don’t use an accusing or complaining tone,” “If you feel like she’s bullying you… Stay calm, firm and remind yourself that it’s not personal,” and “Don’t resort to tears in front of your husband, because you may come across as a whiner.” These tips suggest that instead of trying to tackle the inequality and emotional abuse, the daughter-in-law should accept it as part of her life and push any deterioration of mental health to the bottom of her priorities. This is a parallel to the common perception that illnesses such as depression and anxiety can be ignored, fixed with prayer or by just trying to be happy.

After nine years, we eventually moved out,” she continued. “I can’t say it was just because of his parents, but they were a contributing factor. When you’re in an environment where you haven’t got your space, you can’t do what you want, you can’t do simple things because you’re constantly having to have a front, it gets draining. Everybody needs downtime but I never felt like I could have it.

Before I had my second son, my husband’s sister committed suicide. Her in-laws, her mother-in-law, in particular, were so controlling. She was controlled up to the point where her mother-in-law would time her doing the school run. She was a fantastic mum, but they picked on the way she spoke to her kids and how she treated them. She’d come down the stairs and could hear her mother-in-law bitching about her on the phone.

We would never have thought she had a mental health problem, never have considered it. She had never displayed any signs of having any kind of mental illness, she had never been to the doctor’s about it, she hadn’t spoken to anyone, she handled everything internally. I don’t think that our women realize that there are people to talk to in confidence. If she hadn’t committed suicide, I don’t think I would have got help for my post-natal depression. I probably would have done what a lot of women do – just get on with it and think this is part and parcel of it.

My source went on to describe her sister-in-law’s funeral:

In the run-up to her funeral, there was no discussion about mental health. They took her body to the Gurdwara; it was like half of the town had turned up to look at her dead body, like a show and tell. A woman brought her kids, they must have been about 10 years old, and she was telling them to look at the woman who had killed herself.

My in-laws were worried about what people would say. They wanted their daughter’s in-laws to be held accountable for their actions towards her. If they didn’t treat her like that, she’d still be here. There’s no conversation about it now. It’s a big taboo. That’s a huge part of why women can’t talk to other people because log kya kahenge (what will people think?)? It’s such a big thing in our community; it rules everything.

Now I’m 40 years old. I’ve gotten to the point where I answer my mother-in-law back. She doesn’t like it because I’ve never done it before. We heard someone’s daughter might be getting divorced and she said, ‘God only knows what she did.’ I said, ‘How do you know it was her? Why is it always the daughter-in-law who is at fault? How do you know he didn’t drink excessively? How do you know he didn’t beat her? Or had an affair?’ The stigma is that if there’s any problem, the root cause is the woman. That’s why a lot of women don’t want to say anything because they know it’s going to come back on them. I think my generation is starting to not care about what other people think. There’s nothing more our community needs than for mental health to be taken seriously.

It is not unusual in Indian communities to accuse a woman to have caused problems in a family. Female family members are silenced, choosing to keep their true feelings and opinions to themselves, to escape the shame they may be forced to carry on their shoulders. As women around the world are increasingly discussing their mental health and how they have been manipulated by those considered in a more powerful position, a new generation of Indian women are starting to push back when they are pushed down. The Indian community is facing a mental health epidemic, and it’s time to start talking about it.

Kanika Banwait is a writer based in London, with an intense passion for telling people’s stories. She has a keen interest in feminism, culture and the way we live now, and thrives when writing about and for women. She has a Master’s degree in magazine journalism from City, University of London and a Bachelor’s in English literature and creative writing from the University of Warwick. To find out more, check out her blog A Tepid Mess.