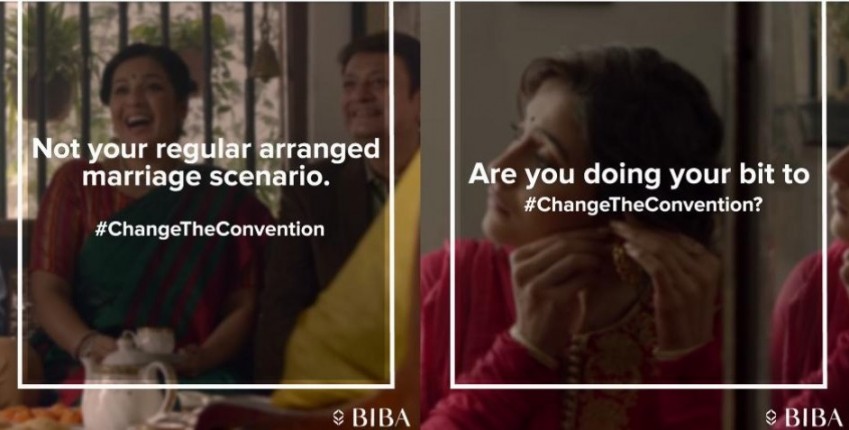 BIBA, one of India’s most loved ethnic wear brands, recently released a powerful video on arranged marriages that challenges traditional perspectives. In a short span of time, the video saw 9.9 million views on Facebook, and for good reason.

Arranged marriages are not necessarily bad—they have a variety of benefits including already knowing you share similar values and having your parents’ stamp of approval even as you get to know your potential mate. The main issues arise from the perspectives held by the individuals that are involved and the way marriages are arranged.

Traditional expectations and gender prejudices are two major topics that the video focuses on. Customarily, the groom-to-be seems to be exempt of any expectations, while the bride-to-be is expected to be able to cook well and maintain a home. Stigmas against arranged marriages also tend to stem from the fact that the individuals’ preferences are not accounted for; as the girl in the video says, “How can you know that you want to spend the rest of your life with someone just over samosas?”

Arranged marriages are often misconceptualized as relationships that lack romance, in which you are forced to marry a stranger. However, it doesn’t have to be this way.

So, what aspects of arranged marriage need to change for the better? Parents of the bride-to-be should stick up for their daughter, just as the father did in the video. Understanding the daughter’s wishes is necessary so that the girl doesn’t feel she’s just being handed away by her parents. BIBA also emphasizes that equality between the girl’s side and boy’s side is essential. If the boy’s family can check up on how the girl maintains a home, why can’t she do the same to him? If she can cook samosas, shouldn’t the boy be able to cook more than noodles? Why should the woman be pressured to prove her merit?

Additionally, the video underscores how the youth of the present-day generation should be bold enough to question their parents and traditional practices, just as the boy did when he spoke up and decided he would learn how to cook something for the girl’s family.

A round of applause is accredited to BIBA for taking a stance on this controversial subject. Let’s take it upon ourselves to challenge age-old conventions and stereotypes just as BIBA encourages us to do because after all, change is beautiful.