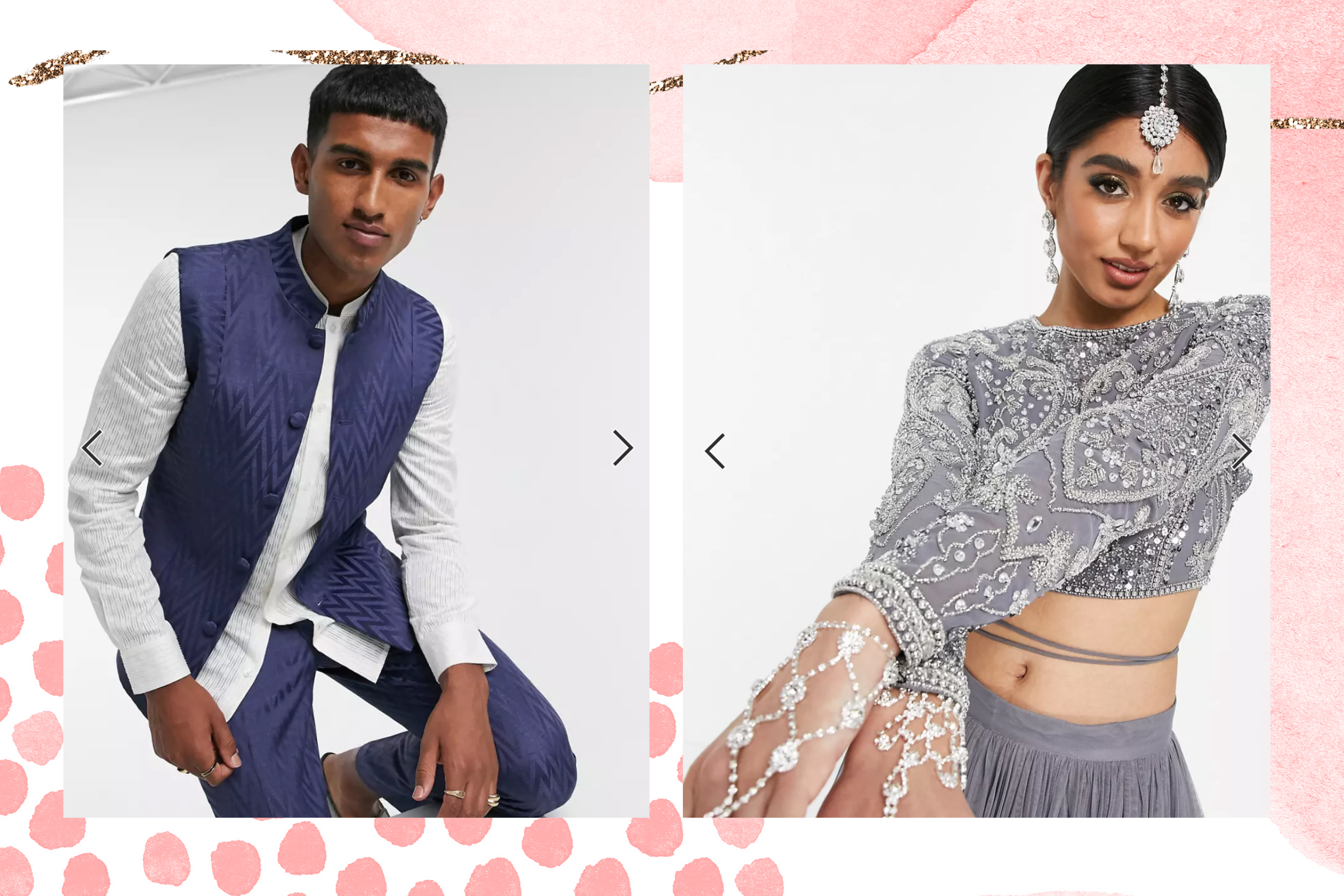 Yesterday, a UK-based blogging platform for the South Asian community at large, Pardesi, was rife with an interesting, spirited debate on cultural appropriation. A fellow writer had caught sight of ASOS’ latest boho/festival fashion collection featuring a brown model dressed in an array of visibly desi, embellished ensembles and the “consistently exploited” teeka, yet again. But nowhere in the description were the outfits credited to their cultural roots. The lehenga was described as a “mesh skirt,” while the choli/blouse was a “beaded bodice.” It clearly reeked of white privilege. ASOS hired a brown model to shoot a collection that was essentially South Asian and yet pitched it to its largely Western customer base as “boho,” as if acknowledging its heritage and origins would make it any less wearable.

But the issue has developed significantly over the past 24 hours. ASOS was quick to think on its feet and within 24 hours, the skirts were rightly renamed as lehengas and the collection categorised under their new “South Asian Wedding Collection.” Since then, it seems the designer behind the collection, Kishan Patel Kerai, also came forward in defence of the multi-brand hosting company, lauding the company’s move to give “full credit where it’s due.” See, there really is no harm in referencing communities to whom these items belong, who are in fact pioneers of what is now being celebrated as the “latest trend.”

This isn’t the first time though that ASOS has come under fire for appropriating South Asian culture. Back in 2017, the brand introduced a maang teeka as a “chandelier hair clip” for their accessories line. Netizens were quick to call out the brand for disrespecting its cultural and historical significance. A maang teeka is symbolic of the bride’s third eye in the Hindu religion and is extensively worn by brides across South Asia signifying the union of two people in a marriage.

After much backlash, ASOS eventually released an official statement apologising for hurting people’s sentiments and removed the product from its site altogether. But to tread on a similar path, albeit temporarily, is a clear indication that the company’s strategy team is oblivious to the problematic nature of cultural appropriation.

At a time when merely exploring the idea of being woke is not considered woke enough, cultural appropriation keeps creeping back into our lives like an endemic to this world. Only recently, pop star Justin Bieber was also accused of cultural appropriation for sporting “locs” in an image he shared on Instagram of his new hair makeover. The Black community still face massive discrimination and stigma for their hairstyle.

Dreadlocks particularly have their origins rooted in extensive colonial racism towards Black men; the term in itself has developed from the word “dreadful” that white owners would use to describe the hairstyles of their black slaves. So to have a cis white male flaunting them without a real sense of their historical significance is plain, simple, white privilege and at the very least, ignorance.

Similarly, South Asian culture and fashion have long been exploited and capitalised by both foreign fashion labels and white people of influence in the name of innovation. Whether it’s the introduction of chai lattes at Starbucks, or designer Paul Smith’s Robert Sandals ripping off the quintessential Pakistani Peshawari chappals without even the slightest mention of the design’s origins. Retail giants, celebrities and influencers have forever profiteered from marginalised cultures. The list is endless. And why does the world really need a white person’s stamp of approval to value and be satiated by the treasures of the east?

Some may argue that such Westernised upgrades only help a culture take centre stage in the international arena. That in a globalised world, cultural appropriation is almost inevitable. And instead of policing and “gate-keeping,” it’s best to recognise the celebration and wide-scale acceptability of the particular cultural aspect. But that’s the sort of fine line that exists between cultural appropriation and cultural appreciation. By dulling a creation’s brown-ness to make it more acceptable is evidence of how deep the roots of racism lie. It trivialises the sacrifices our ancestors made to keep their traditions alive, the ridicule and oppression they suffered for these very cultural elements. Hence, they should only be ours and ours to gain from.

It reminds me of the time when a beauty blogger created fake freckles using henna and you’d be surprised that “organic henna freckle kit” is now really a thing and is available for purchase on Etsy. Personally, I believe fake freckles are a beauty exploitation in itself but then to add henna and own it for personal gains is the next level. It’s one thing for white people to flaunt their decorated “henna tattoos” as souvenirs from a trip to our part of the world; it’s still positive in some respect, but another for them to champion its reinvention and become overnight social media sensations.

The problem is not in a diverse group of people sharing and loving a culture; it’s that the patrons and the people of that culture are the ones still discriminated against by those claiming creative cultural exchange.

Adopt and celebrate culture by all means, but do so by appreciating its origins and artistry and by involving its creators in the process. Take the time and effort to learn about the value and importance of the cultural element beyond its aesthetics and imagery. Engage and commit to its community’s continuous battle against racism and intolerance. Don’t just make it acceptable only when it’s been moulded to meet the demands of white people while it continues to remain unacceptable and distinguishable for people of colour. Don’t add to the power imbalance and handpick cultural elements that can result in commercial gains. Don’t reap rewards for diversity by overlooking the hard labour and contribution of the parent community. Really, just do the necessary, “give full credit where it’s due.”