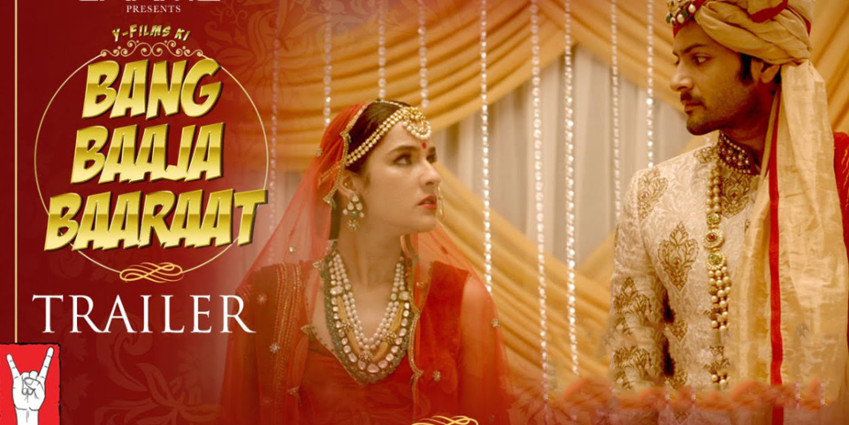 Yash Raj Films brings a YouTube channel, YFilms, that’s dedicated to short films series. The channel is said to feature videos that are targeted to the youth, created by the youth.

“Bang Baaja Baarat” is the second series on the channel, and it follows two young lovers who meet on Tinder and plan an intimate destination wedding for themselves. Things get chaotic when their families join the festivities and the two have to manage the desires of their very different families.

Pawan is played by Ali Fazal, who you may recognize from “Bobby Jasoos” and “Fukrey.” He comes from a conservative Brahmin family and is a gourmet chef. Shahana, his wife-to-be, played by Ayesha Raza, comes from a liberal Punjabi family.

The first episode starts off with a scene of Pawan and Shahana leaving their wedding mandap in the middle of the veneration. We are then taken back three days earlier to this moment. The rest of the episode is an introduction to the characters, their families, and the current situation. Shahana and Pawan only invited their parents for blessings and told them about the wedding only a few days before. The parents take offense that they weren’t more involved in the decision-making process. This meeting is also the first time Pawan and Shahana have met each other’s parents.

In episode two, things get a little bit more complicated as Pawan’s mother wants to have a sacred marriage veneration at the same location as Shahana’s wild bachelorette party.

So far, this series has been a refreshing difference from what we are used to seeing in Indian cinema and television. The episodes are roughly 15 minutes each, so they’re quick to watch and don’t feel dragged out. There are only three episodes available on YouTube currently, so there is still time to catch up before the next episode.

Stay tuned to see what else goes wrong before Pawan and Shahana’s big wedding!