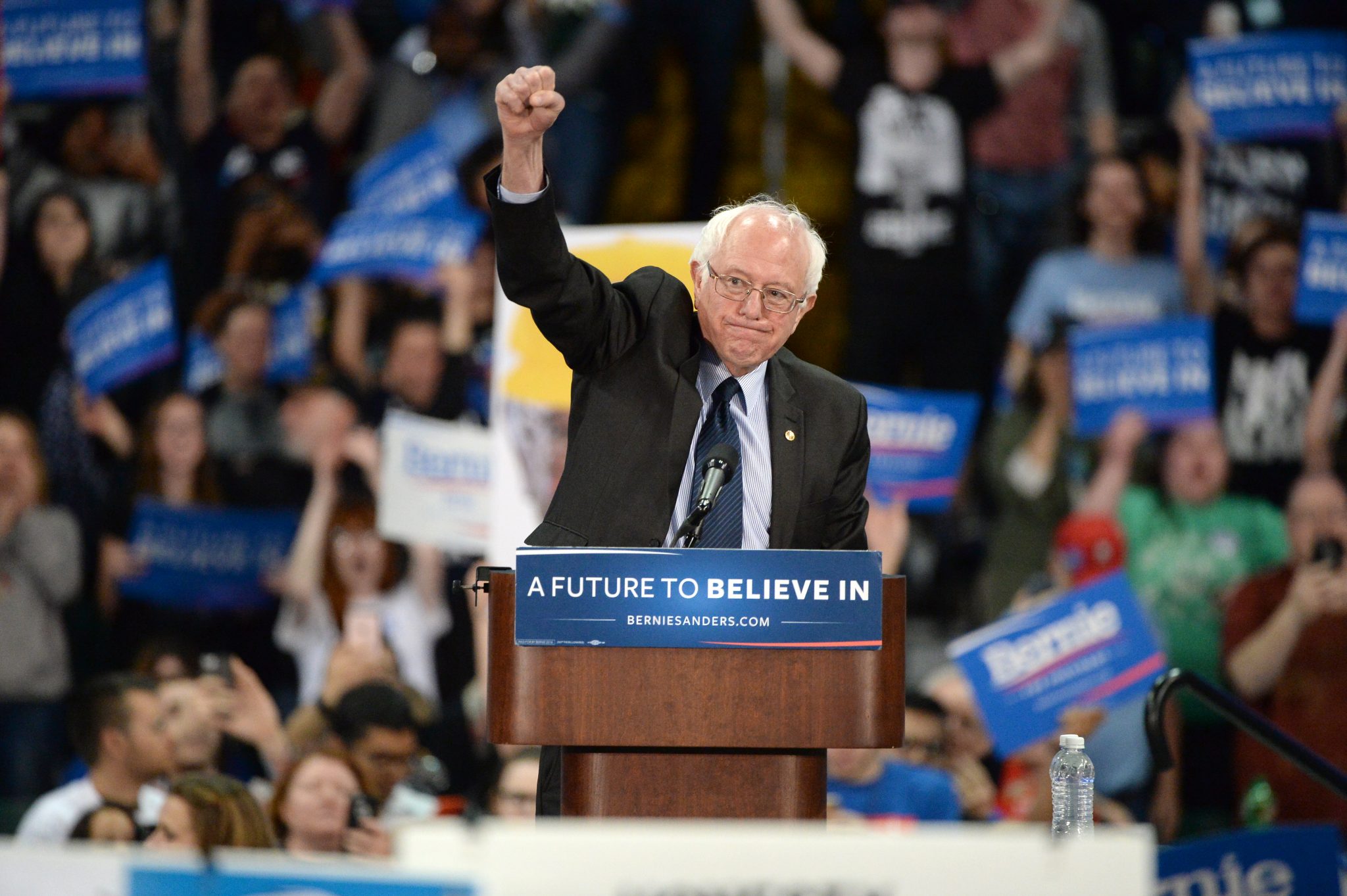 Progressives across the United States and the world faced disappointment as the last remaining progressive presidential candidate in the U.S., Senator Bernie Sanders, suspended his campaign on April 8. Arguably the father of the modern progressive movement, Sanders helped reinvigorate young voters, minority voters, and populations long disenfranchised by our current political system.

The culmination of his work has propelled the democratic party in a direction that many said was impossible, even idealist if you will. He has paved the way for many politicians including, U.S. Representatives Alexandria Ocasio-Cortez and Ilhan Omar, both younging, women of color to hold a seat of power. Sanders has held these values long before they were popular—and long before many of us Millennials and Gen-Zers were even alive. He was ahead of his time, unwavering in his beliefs and while his presidential campaign may be over, the fight is not. Let’s take a look back at and honor Sanders’s steadfast and progressive political career.

Thank you, @berniesanders – for your leadership, mentorship, and example. . Thank you for fighting for all of us from the very beginning, and throughout your entire life. . Thank you for fighting the hard, lonely fights in true devotion to a people’s movement in the United States. . Thank you for inspiring me to run for office. You made this broke girl from the Bronx believe that a grassroots movement was possible and winnable, and that everyday, working people are powerful enough to overcome the entrenched interests of corrupted power and systems. . You have shown us that victory is ours for the organizing, even if not always guaranteed. Thank you for demonstrating that it IS possible to serve authentically, without compromising our values or integrity, and with the ferocious urgency and paradigm-challenging leadership that this moment demands. . Thank you for it all. We love you. #NotMeUs . ?: @gabriel.himself

Prior to beginning a career in politics, Sanders was a member of several progressive-minded groups in college including the Congress of Racial Equality and the Student Nonviolent Coordinating. During this time he also attended the March on Washington for Jobs and Freedom where Martin Luther King, Jr. delivered his famous, “I Have a Dream” speech in August of 1963. In the same month, Sanders was arrested on the South Side of Chicago while protesting racial inequality. His college career and activism depict how has long been an ally to and an advocate for the marginalized community.

From the start Sanders has spoken on women’s rights, “It strikes me as incredible that politicians think that they have the right to tell a woman what she can or cannot do with her body. This is especially true in Vermont, where we have a legislature which is almost completely dominated by men,” he said in 1972.

In 1976, he campaigned outside of a prison where he stated: “It says a great deal about our country that the richer our country gets, the more of us there are behind prison bars and that an overwhelming number of those who are in jail are poor, nonwhites.”

Sanders was clearly ahead of his time. However, these were far from popular ideas in that era. From 1972 to 1976 he ran for governor and the U.S. Senate twice on the Liberty Union ticket and lost. In each election, he never received more than 7 percent of the vote.

Then in 1981, at 39-years-old, he won his first political election running as independent to become mayor of Burlington, Vermont. He won by 10 votes. This election highlights why voting in local elections is just as important as voting in the national general election where the president is elected indirectly by individuals in each state through the Electoral College.

“The real issue is not whether you’re black or white, whether you’re a woman or a man. In my view, a woman could be elected president of the United States. The real issue is whose side are you on? Are you on the side of workers and poor people, or are you on the side of big money and the corporations?” he said in 1988 with no fear despite the popular notion that electing a female or black president was unthinkable.

Sanders remained mayor for four terms until 1989 during which time he unsuccessfully ran for governor of Vermont in 1986 and for the U.S. House of Representatives in 1988. H lost by only 3.7 percentage points, Politico reported—but this would be the turning point in his political career.

In 1990, he ran for the U.S. House of Representatives again as an independent and won 56 percent of the votes. Sanders remained in the House until he ran for U.S. Senate and won in 2006. He has served in the Senate since the beginning of his first term in 2007.

“My ears may have been playing a trick on me, but I thought I heard the gentleman a moment ago say something quote unquote about homos in the military. Was I right in hearing that expression? Was the gentleman referring to the thousands and thousands of gay people who have put their lives on the line in countless wars defending this country? Was that the groups of people that the gentleman was referring to? You have insulted thousands of men and women who have put their lives on the line. I think they are owed an apology,” Sanders said when defending people of the LGBTQ community in 1995.

He once again addressed universal healthcare in 1997:  “I have always been a proponent of a national health care system. It just seemed eminently fair and right. How can we call this a civilized society when the children or parents of the rich get the medical attention they need in order to stay alive, while members of working-class families, who lack health insurance, have to die or needlessly suffer—or go hopelessly into debt to get the care they need? This is an outrageous injustice and it cannot be rationally defended.”

This brings us to Sanders’s first bid for president in 2016 when he ran against former first lady, Hillary Clinton in the Democratic primary. While he was unable to secure the Democratic nomination, this marks the time when Sanders’s platform and relevant progressive policies could no longer be ignored.

[Read more: Op-Ed: One Reason Why Joe Biden is Once Again Losing a Presidential Campaign]

At 78-years-old, Sanders’s 2020 presidential bid is likely to be his last. But what we have gained from him and his persistence over the past 50 years will not be forgotten. He is a true leader. At a time when many are suffering from unemployment and subsequent loss of insurance due to the COVID-19 pandemic, Sanders pledged to keep his campaign staffers on their healthcare plan through November. He doesn’t just talk the talk, he walks right beside us.

In a recent interview, world-renowned political dissident, linguist and author, Noam Chomsky stated: “It’s common to say now that the Sanders campaign failed. I think that’s a mistake. I think it was an extraordinary success, completely shifted the arena of debate and discussion. Issues that were unthinkable a couple of years ago are now right in the middle of attention.”

He added: “The worst crime he committed, in the eyes of the establishment, is not the policy he’s proposing; it’s the fact that he was able to inspire popular movements, which had already been developing — Occupy, Black Lives Matter, many others — and turn them into an activist movement, which doesn’t just show up every couple years to push a leader and then go home, but applies constant pressure, constant activism and so on. That could affect a Biden administration.”

To all of the disheartened progressives out there, we may have lost our candidate, but we have not lost hope. It is our turn to pick up the flaming torch Sanders has left for us and carry the movement forward.