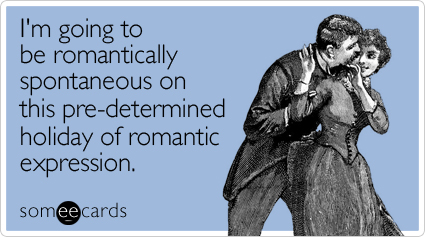 Happy Valentines Day! We asked our staff and friends to share their love stories, whether it be stories about their significant others or anything else that they love in life! Regardless of how you celebrate today, don’t forget to spread the love and of course, show your love for Brown Girl too.

To start off our collection of love stories, BG’s Editor in Chief, Atiya shares her love for Brown Girl Magazine.

It’s Valentine’s Day, and while everyone focuses on creating special moments with their loved ones, I’m reminiscing over my love affair with Brown Girl Magazine. As a last year medical student at a foreign medical university that happens to be in an obscure country in Central Asia, Editor-in-Chief of a magazine is something I had only fantasized about. Other goals on this fantasy list include world peace, discovering the cure to cancer and meeting Salman Khan (hey, don’t judge!).

BGM has consistently held onto its beliefs, which at its core, is to give South Asian women a platform to discuss issues that their other American peers may not entirely understand. It’s one of the side effects of growing up in a nation that is as diverse in micro-cultures as Wal-Mart is in Valentine’s Day candy. We have been able to sustain the magazine, despite being an entirely volunteer staff. Each one of us believes in BGM wholeheartedly and that is why we continue to work hard to put out the best content for our readers.

To celebrate Valentine’s week, read Revanti’s story about pondering over a crush, while growing up with a deep respect and understanding of her parents’ ideas of love and marriage. Need a makeup look for tonight? Check out our make up guru, Priya Mooky’s Vday makeup tutorial! Or buy yourself the Saris to Suits calendar featuring empowered women and remind yourself everyday that South Asian women are accomplishing amazing feats.

Amir and I are what I like to call a “whirlwind romance.” We met in the most romantic of places – a bar – and immediately clicked. I laughed at his jokes and he put up with my bad jokes. I planned on leaving town soon after to pursue my career dreams, but somehow he convinced to stay a little longer. My somewhat traditional Indian parents were blindsided that I would date someone who wasn’t Indian (Amir is half-Persian and half-White). But, I knew there was something there and I just couldn’t walk away. We stuck it out through my parent’s disappointment, him going to three year’s of law school, and then us ultimately deciding to go long distance for two years, so I could pursue my MBA in Chicago. After four years of dating, Amir proposed this past December and now everything is finally running smoothly! My parents love him, I’m almost done with school, about to move back to Texas, and we’re planning our wedding. I believe our relationship is testimony against all those things people tell you won’t work in a relationship: interracial dating, long distance relationships, high power career ambitions. It wasn’t easy by any means, but four years later, we’re still in love and stronger than ever!

It’s when you least expect to meet someone that you fall head over heels in love. Four years later, I still remember meeting him for the first time, like it was yesterday. All cliches aside, I honestly wasn’t looking for anyone to scoop me off my feet and help me push forward during a time in my life that I would call dark and sad. We met through a mutual friend, who casually mentioned this boy named Ashish, because he thought we would somehow click. Before I met Ash, all I knew was that he enjoyed politics and the news as much as I did. He too was thinking about going to law school, and better yet, he is also Punjabi-Hindu. I wasn’t ready for a relationship by no means, but before you knew it, Ashish and I were chatting daily, hanging out more and encouraging one another to be better. I couldn’t help but to talk to him more because I felt it was right. He had me thinking positive and made me happy! All this time later, he still continues to love me the same way. I know it’s true love because we’ve put aside each others flaws to compliment our qualities. Even during the hardest days, one of us always reminds the other person how much he or she loves him/her.

A close friend of mine told me “when you know, you know.” I, who had only had gaga’ed bad romances, didn’t believe in this notion so wholeheartedly. Until, that same friend, introduced me to my current boyfriend Kishan. We met due to a completely random circumstance. I took a paint class with one of my really good friends and she happened to mention him. I inquired about his romantic availability, and told her that she should give him my number. In my head, no big deal, if anything I just made a new friend. He texted me (as that is the generational way of my people to communicate, I find this way to be completely impersonal, but I digress) and we exchanged some messages, and I thought to myself…”hmm… he’s weird.” But I decided that I would text him the next day anyway. That’s the lesson learned here, if I would have never spoken to him the next day, if I would have solely based it on a few weird messages, I would have never learned those very words my friend had preached to me, I would never have known, that when you know, you know.

We texted for a few days and eventually leveled up to phone calls. The first phone call, I laughed more than I’ve ever laughed in my entire life. I don’t go to the gym and I really think that I may have sprouted abs after that conversation. Our first date was spectacular, he put a lot of thought into it, but honestly we could have done anything cause he grabbed my attention so effortlessly. Everything mysteriously clicked, and all those quotes like “when you meet that person, you’ll understand why it never worked with anyone else,” used to make me cringe, but it finally made perfect sense. I’ve never felt anything like it before. It sweeps you up and makes you feel that everything around you is just brand-new. He never made me feel that I had to be anything more than myself. He understands me, exactly the way I am. And after that date, I knew.

I’ve been in a stable relationship with bhangra for more than eight years now and I have to say things are going extremely well. We’ve had our ups and downs with my parents saying that I put too much time into the relationship, but they’re slowly starting to accept it. I guess they thought it was a harmless short-lived crush at first.  A lot of people think I’m absolutely crazy, but I don’t care. My love for bhangra has always been way too strong to let people come in between us. Since the day we were introduced, bhangra has always helped me get through tough times in life, giving me an escape from all the negative things going on around me, but it’s also helped me celebrate the positive moments over the past several years.

It helped me break out of my shell and I’m no longer an awkwardly shy little girl anymore. Actually, I’m the exact opposite of shy. It stuck with me when my appearance was anything but presentable. Our relationship was still strong before I invested in contact lenses, a hair straightener and threaded my eyebrow. I always knew it would never judge me, even though others might. I’m so committed to this relationship with Bhangra that I’ve even changed my name on all social media (Facebook: Trisha Bhangra Arora, Twitter and Instagram) Whether it’s through music or the actual act of dancing, I know that it will never break my heart and it will stand by my side whenever I need it. It’s motivated me to stay in shape as well, without having to go to the gym, which I think is awesome. Without bhangra, my career would be nothing. We still have my whole life ahead of us and no matter what I may do or where I go, bhangra will always be by my side.

Just when both of us gave up on finding the right one, the last day of my shaadi.com membership, a guy named Vinay from Chicago sent me an interest.  Scared of a long-distance relationship, I hesitated at first, but finally took a step forward.  The long distance relationship allowed us to understand each other on a deeper level and in a short time, we went from strangers to friends and then to best friends.  In Nov. 2012, Vinay  surprised me with a beautiful proposal by putting together every place we went to during our first date.  Being all teary eyed, I said “yes!” I, in return decided to surprise Vinay with his ring during Christmas and he was nothing less than happily surprised. With so many people doubting long distance relationships, both of us proved that sometimes you can meet your soul mate miles away and seeing each other every day doesn’t matter as long as your views of love, life and marriage hold a deep connection.  Both of us will start new life as husband and wife this year and we are looking forward to the next chapter of our life.  Thanks to a simple online profile, I and Vinay’s story proves that love can be found miles apart from each other because love knows no boundaries.

Three years ago, I met my current boyfriend. He was a semassen (deacon), who was studying at a seminary by my church. He started coming to my church often and we used to casually talk in church. We actually never hung out outside of church because I felt awkward and thought we wouldn’t have anything in common. Fast forward to last year, he randomly messaged me about something he saw on my Facebook. From that conversation, we began to get closer and closer. I didn’t think anything of it because I had known him for so long and thought, “why would he even be interested in me?” Well, a month later, he told me he had feelings for me all these years, but thought I would never be interested in him. He said, “I still remember the first day I ever saw you from your churches alter. I turned to the other semassen and said you were gorgeous. I asked him who you were and if he knew anything about you.” Yes, I know, it’s a complete Bollywood moment, but I promise it’s a true story! I was in complete shock, but I decided maybe this was a sign from God. Now seven months into our relationship, I’m the happiest girl in the world! He is my person. -S.T.

If you have a love story you want to share, email us at Staff@0mq.349.myftpupload.com.