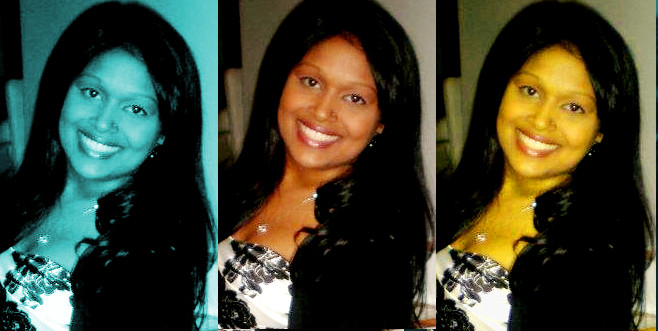 October 26, 2006—a date I will never forget. It was the day that changed my life, and I have yet to decide if it was for the better or for the worse. Emotions raged inside me and my feelings were flustered. I was lost in tears and screams.

I sat in her office waiting for answers. At first, I was quiet, creating an awkward silence in the room. We finally began talking. Gradually, we began to speak of my “episodes,” as she called them, and I began to describe my feelings and emotions. That was the day I became her patient.

She finally asked, “Subrina, what do you think is wrong with you?”

I was confused because I thought she was going to answer the daunting question for me. She noticed the puzzled look on my face.

Then she asked, “Why are you here?”

I had thought of that answer for days, maybe even weeks now. I told her how I was worried and approached my parents, but, at first, they dismissed my feelings and thoughts, calling me a drama queen. Completely in tears, I told her that after a number of anxiety and panic attacks that began to physically affect me drastically, I was no longer scared, I was now terrified.

She admitted that my emotions were very extreme and my sadness was a reflection of my depression, which was not a result of an incident, but because I was experiencing a depressive episode, and eventually this episode would end. However, when it ends I could enter a manic episode.

It was then she explained that what I was going through is known as bipolar disorder.

As she said those words, tears came to my eyes. All I could think was how I was defective. I looked over at my parents, hoping to see some sort of an explanation. There was none. Their faces were just as blank, confused, disturbed and as saddened as mine. That was the hardest feeling to deal with, the feeling that I had disappointed my parents.

My dad interrupted her to ask, “So when will this be over…like when will she be cured?”

None of us wanted to hear her answer. She went on to say that it would never be over. It doesn’t simply go away, you are born with it and you die with it. There is no cure, but there are methods that one learns to cope with.

It all seemed unreal. This was a nightmare and I would soon wake up, ending the misery, but I never woke up because this was my new reality and there was no avoiding it.

It came to the point where I did not know who I was. I no longer had sight of my vision. My bipolar disorder had created a cloud of confusion leaving me only to wonder of the life that could have been. I left that office even more depressed than when I entered it and more disappointed.

I would have liked to say that drastic changes were made after that day, but that is not the truth. It took years to accept, understand and deal with my disorder, and to this day, it still feels like a daily struggle. Although I do not like my bipolar disorder has put me through, I love the person it has made me become. Still, what I have gone through no one will ever understand. The strength I need to get through every day, only a few people can ever gather and behind this smile that I fake each day is a pain no one will ever know.

Yet, even while all the pain, the sadness, the manic rages and anxiety continues, I have gained a sense of acceptance; my DSM diagnosis does not define me; it is just a mere part of me. I understand now that there will be few days without pain and mostly sleepless nights, but still there is a sense of gratitude. This gratitude is overwhelming at times, but it leads me to my faith and my security in the divine that being bipolar is a blessing allowing me to be the best version of myself I can possibly me.

Therapy has taught me many things, but one of the greatest things I have learned is whatever happens to you, both good and bad, fall in love with it for it is something you can not change. Now, eight years after being diagnosed, I can say proudly I love being bipolar.