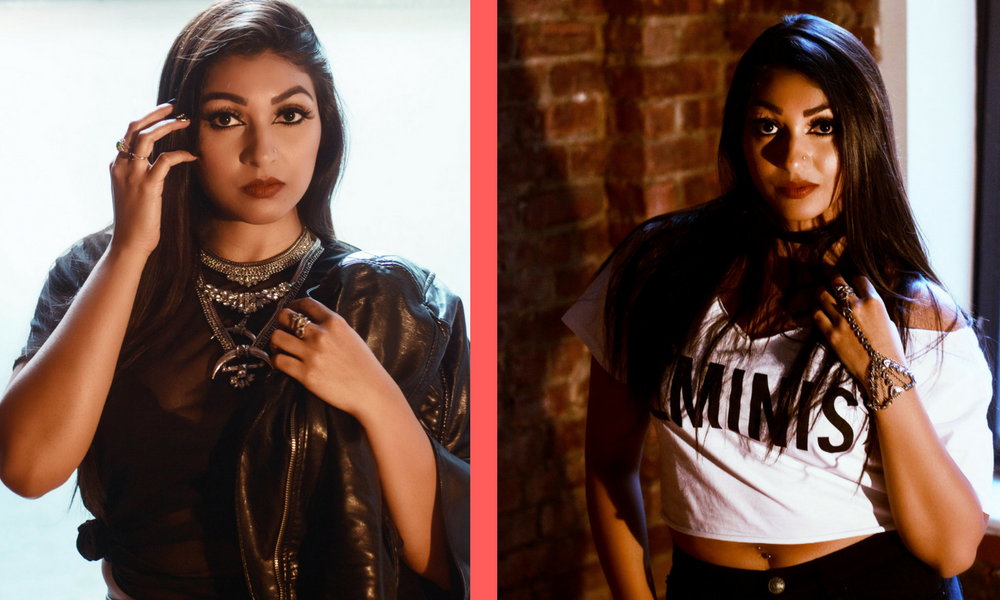 The following post is a part of the #BleedingLove photo series—a campaign which aims to break the stigma around periods in the South Asian community and around the world. We came together to raise awareness about the struggles women face in regards to menstrual health in the hopes of promoting menstrual equity and in turn, gender equality.

Growing up as an only child in a Bengali-Muslim household I was taught to keep my period hush-hush, and never to speak about it to anyone or even to mention it out loud. I got my period and started developing breasts at the tender age of eight—before all of the other girls in my class. I was treated like a miscreant amongst my South Asian peers and elders didn’t seem to understand that some girls naturally develop quicker, instead, they somehow saw me as a deviant child.

It led to tons of misconceptions about my body and what was really happening inside. I felt embarrassed and dirty for having my period when entering a mosque or religious setting. During Ramadan, I would fake fast even if on my period in order to avoid being questioned, judged, or looked at like an alien by extended family members. While I believe God intended to give us a break during our periods as it’s physically draining, I think society interpreted scripture as women are impure and we can’t perform basic tasks due to the impurity (aka our menstrual cycle), which is untrue and unfair!

Now that I am much older, I am starting to feel empowered when juggling life’s challenges on my period— it proves how miraculously resilient women really are.

We need to educate those around us and be properly educated about menstruation from a young age. Our community needs to stop creeping around the topic or waiting until it’s explained to us in school. We need to teach our sons about menstruation just like our daughters. Our sons should stop referring to a menstruating female as “crazy” or “hormonal” or that they should be avoided—rather nurture them during a time when their bodies are purging and renewing. As for our daughters, we need to teach them that they can achieve anything they set their hearts on and that our period isn’t a limitation.

In 2018, where modern conveniences such as free WiFi in a public place are prioritized, why are tampons and pads still considered a luxury item? Globally tampons and pads should be just as accessible as toilet paper and clean water. Girls and women in other countries should have access to these basic necessities so they are able to work and go to school without being outcasted. If we worked to banish stigma around menstruation and treated it like any other bodily function, I doubt girls would continue growing up feeling punished and dirty.

A biological function that allows us to create life shouldn’t be considered a weakness in the workplace or be held against us — it’s a superpower. Hell, I think periods should be celebrated! We feel so horrible for that week every month, instead of having people around us treat us like we’re monsters…how about we start being treated like the real queens we are.

Thank you to our partners who made this photo series a possibility. 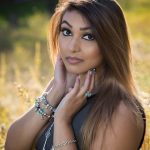 Jasmin Rahman is a Jersey girl traveling the world on a mission to spread beauty. She pursued an education in mental health counseling at Rutgers and Rowan Universities. Now a New York City-based, freelance makeup artist and mental health counselor, she can be found with brushes or a book perfecting her crafts! She loves dancing, traveling, and all things fashion.

Jasmin Rahman is a makeup artist, creative director, and therapist with a passion for igniting social change through beauty. As the In House Makeup Artist for Brown Girl Magazine she heads all things beauty related for media created by the editorial. With over 8 years of experience in the fashion, film, and bridal industries- bringing out her clients natural features while adding edgy touches that highlight their personalities makes her heart smile. A second generation Bangladeshi-American Muslim woman raised in the suburbs of New Jersey with a wildflower soul; she strives to create content that strikes up taboo conversation while strumming her audiences heart strings. Follow her journey via instagram @jasmin__rahman

Memoirs From a Psych Ward