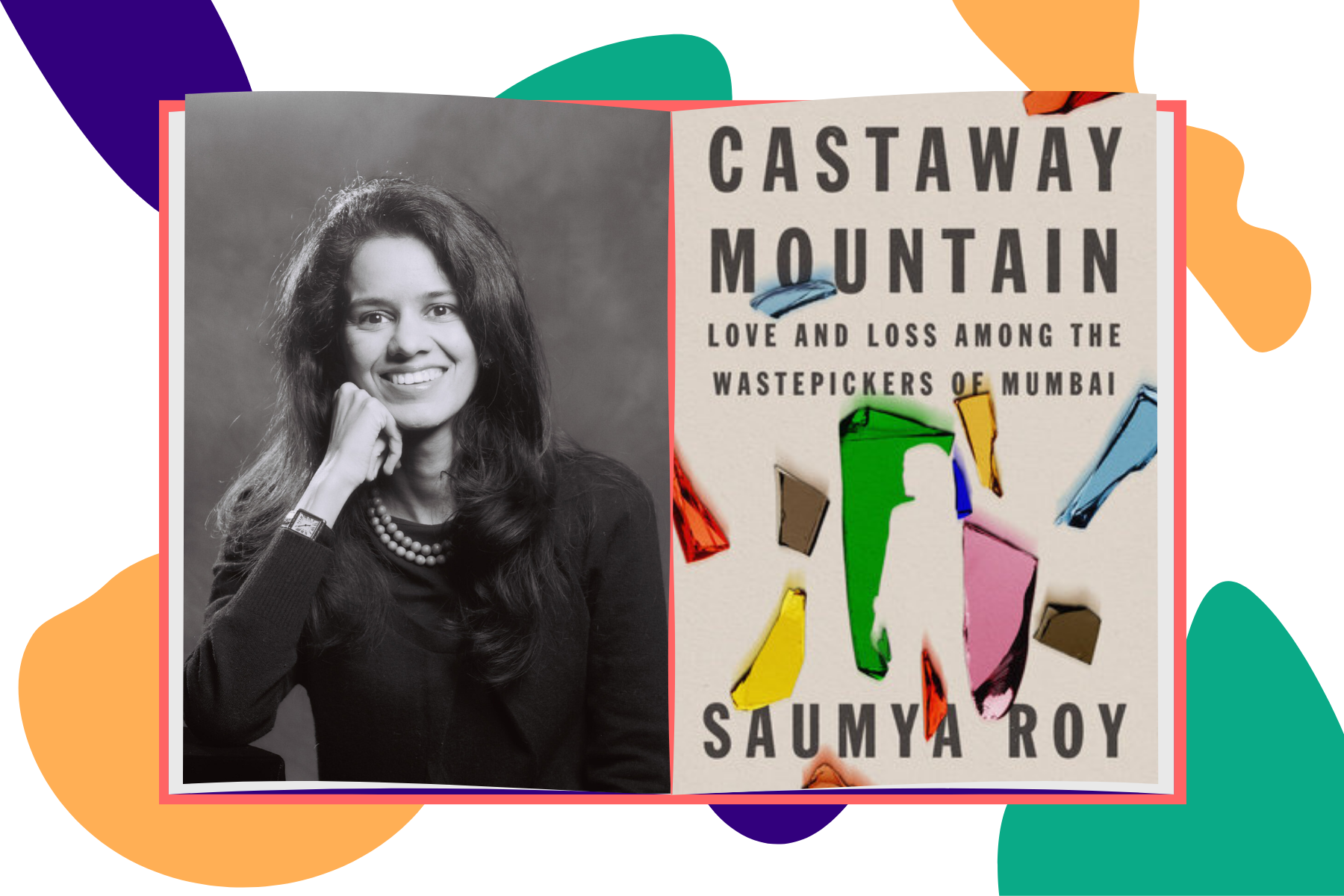 At 326 acres wide and 120 feet tall, Deonar’s dumping ground looms over the city of Mumbai. It is one of the world’s largest mountains of trash. Every day, throngs of hopeful workers scale its peaks and scour the waste for objects they can resell. After years of being a social entrepreneur funding and eventually befriending the Deonar waste pickers, journalist Saumya Roy reveals their stories in her non-fiction debut book, “Castaway Mountain,” which comes with a content note as it contains graphic content.

The book begins on one such waste-picking expedition when its protagonist, Farzana Shaikh, discovers a valuable glass jar. She opens it and finds three “tiny, bald heads swimming inside.” They were dead triplets conjoined at the belly. “The three had probably died because they were unable to survive with or without each other,” Roy writes, suggesting a metaphor for the fraught interdependence between the waste pickers, Mumbai, and its garbage.

That interdependence began 125 years ago when rats, sewage, and waste threatened the city’s bubonic plague containment efforts. Government officials realized that distant dumping grounds along with workers to manage them were key to a successful quarantine. They selected Deonar, then a marshy village by the sea, and dispatched waste management workers who, through their efforts, quite literally kept Bombay alive.

Together, the city and its dumping grounds grew to unprecedented heights over the coming century. Roy writes, “as Bombay came to be known as the city of dreams, Deonar became the sprawling necropolis of those dreams’ remains, a noxious and wondrous world.” By 2016, when the book opens, Deonar’s noxiousness is unrivaled. Its average inhabitant dies before the age of 40. A “halo” of fumes crowns the mountains and creates a pollution crisis that endangers the whole city. Roy captures the convoluted scuffle that follows as Mumbai’s political, legal, and corporate offices try to stop the mountains from overrunning the city they had once saved.

For all their toxicity, the mountains are also unexpectedly intoxicating. They draw the waste pickers and the reader toward them with a magnetic pull. Hyder Ali, Farzana’s father, arrived there because “he had heard of the mountains that never ran out of work,” but Farzana stays at the mountains because she finds both magic and romance in them. With cinematic prowess, Roy focuses on this light, capturing the mountains’ contradictions and fleeting beauty, allowing us to see its complexity from the waste pickers’ eyes. She writes, “Farzana liked to stay until the setting sun faded behind the fetid hills, giving them a dusty, pink glow, and the waves turned metallic. That was when she thought the mountains looked their best.” Throughout the book, Roy’s prose dances between stark and poetic, transforming the mountains into a shimmering mirage that is at once horrifying and alluring.

Magical realism adds another layer of mystique to the book, helping the waste pickers and the reader try to make sense of the seemingly random events impacting their fates. After finding the dead babies, Farzana suffers a series of hardships. Her father comes to believe that it was “when Farzana found the glass jar filled with lifeless babies, that the mountain spirits entered his daughter—though they did not know it at the time.” Waste pickers develop complex rituals to try and avoid these evil spirits, or shaitans, known to populate the mountains and bring misery to the living beings they meet. For example, Roy writes, “legend among pickers had it that expensive belongings could only have arrived at the mountains because they brought their owners’ ill luck. Surely, they could not have forgotten about such things or thrown them away, pickers figured.” Many pickers learn to avoid these expensive goods, recognizing that behind their glitter lies suffering.

Roy’s message about overconsumption and its aftereffects is clear. Modern society prescribes a universal medicine that does not seem to be working. “Emptiness, sadness, longing, and aspiration: It could all be doused with purchases and possessions,” she writes. These possessions often fail to provide meaning to their owners and then wind up in dumping grounds where they are blamed for suffocating the city without a sense of personal responsibility for how they arrived there in the first place.

Capitalism is often advertised as billionaires triumphantly catapulting into space, but this is what it really looks like hordes of seemingly invisible people teetering on the brink of catastrophe, who are risking illness and all but guaranteed early death, to sift through a mountain of trash in search of treasure that can secure their families’ futures. Meanwhile, the rest of the city pretends not to notice what it has created until it is inconvenienced. Its members fear the uncomfortable reality that the waste pickers’ experience might have—and one day might still—be their own. Saumya Roy pierces this veil. Equal parts intergenerational saga, love story, and courtroom drama, “Castaway Mountain” is a powerful book that will change the way you think about the world.

Note: The city’s name changed from Bombay to Mumbai in 1995. As such, it is referred to in this article as Bombay for events taking place before 1995 and Mumbai for events after that date.