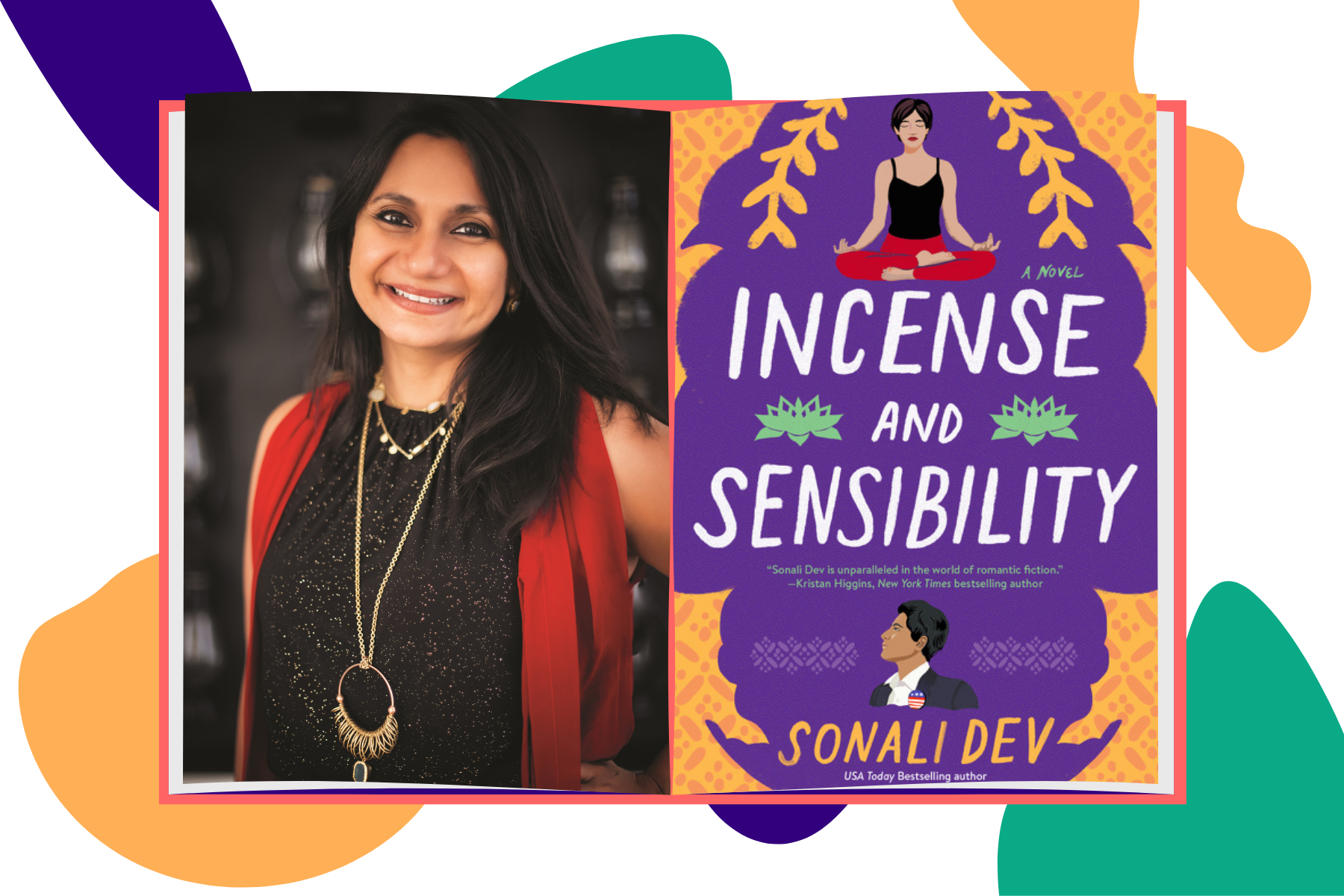 First, a confession: There is nothing I love more than a good Bollywood love story. Elaborate costumes, opulent estates, and of course, two charming individuals overcoming the odds to follow their hearts and be together. It’s a fine recipe for film and it gets me every time.

I never thought it could be recreated in a novel until I read “Incense and Sensibility” by Sonali Dev. “Incense” is the third book in Dev’s series, The Rajes, which follows the adventures of a large and glamorous Indian family in California. Like the prior two books in the series—”Pride, Prejudice, and Other Flavors” and “Recipe for Persuasion”—this book delivers Bollywood flavor with a Jane Austen twist.

“Incense” follows Yash Raje, the eldest son of the Raje family. Aptly named after the Bollywood love story hitmaker, Yash Raj, the novel’s protagonist is charismatic, handsome, and successful when we first meet him. He is a political rising star and the first Indian-American to run for governor in California. Unfortunately, within the first few pages, somebody commits a violent hate crime at one of his rallies. The trauma gives Yash panic attacks, and he stops campaigning. Needless to say, this is a problem for him, his family, and the state. Yash Raje must figure out how to get better—and fast.

His quest for healing leads him to India Dashwood, a yoga therapist and stress management coach, who is a literal breath of fresh air. (Pardon the pun. Pranayama ensued.) India, by the way, is ethnically Thai but more well-versed in Indian history and culture than Yash and can even quote the “Mahabharata” by memory. Their conversations were inspiring to read and helped me think about balancing goals and personal responsibility with health and #SelfCare in a new way.

The book was well-paced, especially in the first and final thirds. Dev masterfully built tension and then abruptly cut it with a joke or an absurd situation. By unexpectedly switching between serious and playful, Dev kept me emotionally engaged and intrigued to discover what would happen next.

These skillful shifts in tone also allowed Dev to tackle heavy topics without weighing the story down. “Incense” addresses some of the biggest challenges of our time, including (trigger warning): gun control, rape, racism, LGBTQ rights, mental illness stigma, health insurance, science versus religion, gender socialization, and many more. Instead of relying on Yash’s job in politics and his differences from India to bring these topics to light, the family experiences these challenges first-hand while navigating their ordinary lives. Their stories made the issues personal and far more relatable.

Speaking of relatable, Dev creates a remarkably diverse set of characters and plot lines that are far more representative of reality than either Bollywood or Jane Austen. Notably, “Incense” also includes at least three LGBTQ+ love stories and six interracial romances. India’s extended family alone represents five different ethnicities. The book’s structure and pacing are both strong enough to allow for this many characters and stories without overwhelming the reader, though I suspect those who read the first two books of the series will have an easier time keeping track.

I especially appreciated Dev’s perspective on healing throughout the story. Love was a big part of that process, but not in the way traditional romances would have you believe. At one point, Yash tells his mother, “Thanks, Ma. I am going to need therapy for that. I’ve already set something up.” He goes on to think that his love interest “was wrong. It wasn’t too late, and Yash would be damned if he didn’t do all he could to be his best self for her.” Which is, frankly, the most romantic thing any of us can do for each other and ourselves.

The book’s holistic approach toward healing felt particularly nourishing after the world suffered in the past year from both physical illness, mental trauma, and divisive politics. Together, the characters explore how to trust your intuition and your body, but also how to take care of both when they falter. Dev raises meaningful questions such as how to love in the face of impermanence and how to fulfill one’s responsibilities during a crisis. Equal parts love story, social commentary, and hero’s journey, the book is an inspiring and timely read.

On top of these serious questions, there are movie stars, beautiful outfits, boxes of donuts, many yoga classes, and one adorably stinky dog. Oh, and did I mention romance? There is romance galore.

You can keep up with Sonali Dev’s work on Twitter and order “Incense and Sensibility” from HarperCollins!