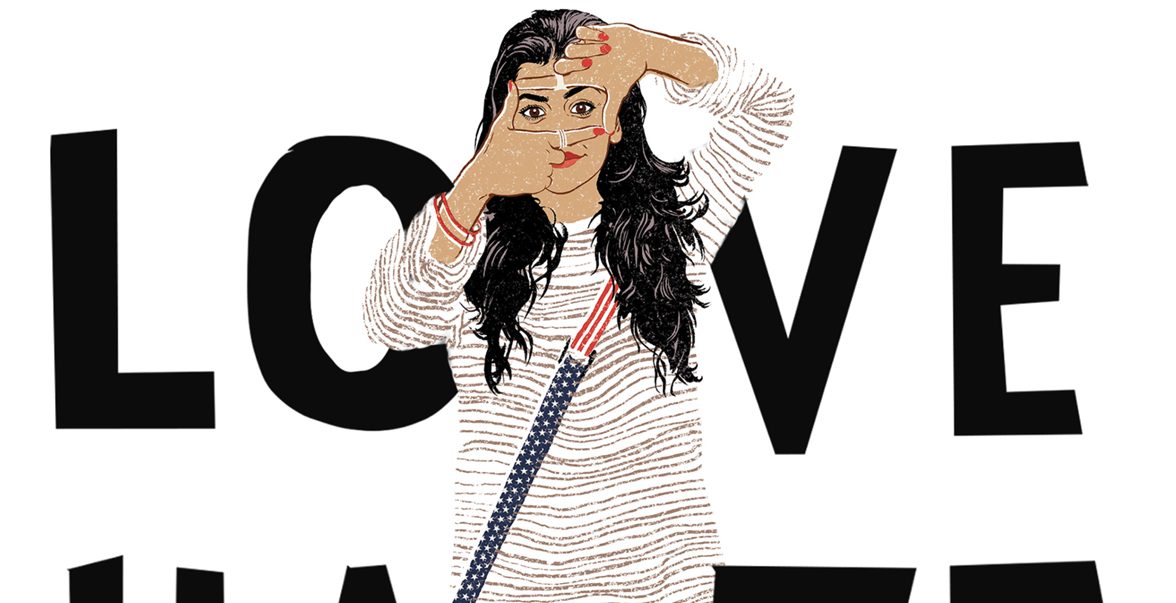 It’s tough not to want to be friends with 17-year-old Maya Aziz after reading “Love, Hate and Other Filters.” An aspiring documentary filmmaker, Aziz is an Indian-American high schooler from small-town suburban Chicago navigating the expectations of parents, being Muslim in America and pursuing her passion. As someone who grew up in the Midwest and is recently stepping into freelance writing work full-time, this story, and others like it, are what I wish I had more access to when I was in high school.

The young adult novel, by debutant author Samira Ahmed, focuses on Maya’s senior year and the reality of wanting to be a “normal” high schooler, while also being a minority, in this social and political climate. Maya takes us through life in her small-town suburb of Chicago — Batavia, Illinois — where her immigrant parents, both dentists, run a practice. As the only brown girl in town, Maya faces a world riddled with contradictions and countless battles. From where to go to college and what to study, expectations around who she will marry, and targeted racism from her classmates, we see Maya confront difficult conversations and interactions both within her home and outside of it.

With a twist in the story, events heat up giving us insight into how Islamophobia can manifest at the high school level. I couldn’t help but think that when things happen on a political level, whether it is the election of our most recent president or the rhetoric used to talk about certain groups in the aftermath of tragedies, it is the youth who are handed the task of working through and dealing with the aftereffects.

As someone who grew up in the Midwest herself, I found myself relating to Maya’s discomfort in particular situations, as well as her sense of defeat in the face of constant battles. There’s a deep understanding that I think sometimes we internalize as children of color, or maybe children of immigrants, that certain life experiences just aren’t afforded to us.

With quirky characters who are easy to love and detailed imagery that allows us to get a glimpse into how Maya sees her world, we get a sense of what life is like for her both behind and in front of the camera. We see how the typical insecurities of growing up and adolescence mix with the reality of being a person of color in a multicultural household in the United States. At times, I’m hoping for more reflection from Maya — maybe one additional layer of processing around what the implications of the fears that we carry and the tensions they impose really are. But, overall, the novel provides a picturization of experiences, which for many years I couldn’t even imagine being represented in fiction accessible to me. In an environment where there is so much pressure to follow a particular path, I hope this work will give young people affirmation that sometimes it is okay to stray and craft your own path.