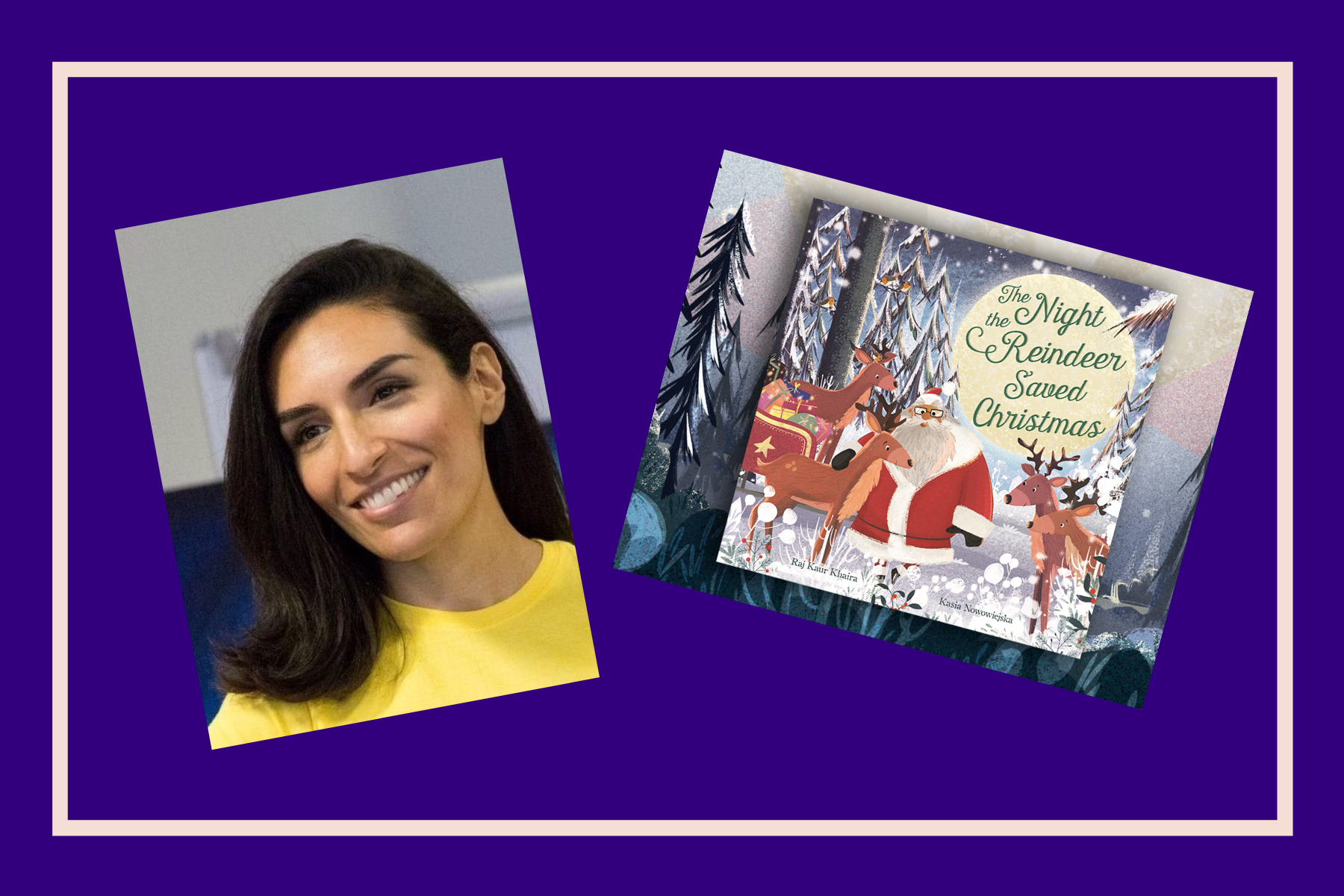 Let’s talk about Santa Claus. Yes, you know exactly who I’m alluding to, the one and only white-bearded North Pole resident. The one that wears the red coat with the white fur cuffs and collar, the red trousers, and let’s not forget the symbolic hat that we love to wear during the holidays! Many of us know Santa Claus as the legendary jolly patron that brings gifts to good girls and boys around the globe during Christmas Eve.

We also know that Santa Claus is usually depicted as an old Caucasian man.

[Read Related : Sanskriti Box: A Celebration of Our Culture, Holidays and History All-in-One]

What if I told you that this year, he is not the same as he was last year? Jolly ol’ Mr. Claus is now representing the love and peace he brings to the world through diversity.

Raj Kaur Khaira has taken staple, traditional characters and redesigns their narrative in this children’s book “The Night the Reindeer Saved Christmas.” Children of color now have a narrative that speaks to them. Santa Claus is South Asian, and his beautiful wife, Mrs. Claus, is Black. Santa’s helpers, the elves, are all diverse characters from different parts of the world. The depiction of race does much more than paint the color of a character, it gives representation to children looking for a reflection of themselves. They do not only see Santa Claus, Mrs. Claus, and the elves, they see the magic these characters hold and that feeling of worth so many of us were not able to see growing up.

Raj Khaira on BBC Breakfast to chat about the 50 stories she authored to inspire the next generation of South Asian Super Women!

This bedtime story is one that all parents need to get their hands on, not only for the adorable illustrations by Kasia Nowowiejska but also for the strong message of inclusiveness. At the very beginning of the book, Khaira writes, “This book is dedicated to Santa’s female reindeer and history’s other hidden women.” Though this book represents the beauty of diversity through race, it also emphasizes the diversity of gender and encourages female empowerment.

The story begins with Santa finding himself in a bit of a dilemma delivering presents to children on Christmas Eve because his sleigh has exploded! Distressed, hopeless, and with no means with which to deliver millions of gifts in a timely fashion, he decides to cancel Christmas. Mrs. Claus reminds Santa that many creatures live nearby that could help push the sleigh. In hope of delivering these gifts to children on time and saving Christmas, Santa and his elves interview the creatures of the North Pole to determine who is ready for the job! From polar bears to narwhals, arctic foxes, and even kittiwakes, Santa hopes for a creature that has the quality of all these animals. To his luck, he catches sight of the reindeer, follows them back to their herd, and asks the father reindeer for help. However, the male reindeers do not have the power to fly because they lose their antlers during the winter, and the antlers are what allows the reindeers to fly. Only the women have the leadership and power to fly during the winter because they do not lose their antlers. Khaira acknowledges female empowerment when she alludes to the female reindeer leadership, this symbolizes that women are capable of leading.

The narrative of diversity is what many may be view as a new rendition of old tales. However, for the children who have grown seeking that representation know that this book is much more than just a simple bedtime story. It is the light in a dark tunnel where children would go to search for answers, questioning their parents on “Where are the people that look like me?” through everyday media. This book embodies the diversity of color, interracial couples, and female empowerment. It is a must-have to share the magic of Christmas with the little ones!

Follow Raj Khaira on Twitter and buy “The Night the Reindeer Saved Christmas” in time for the holidays.