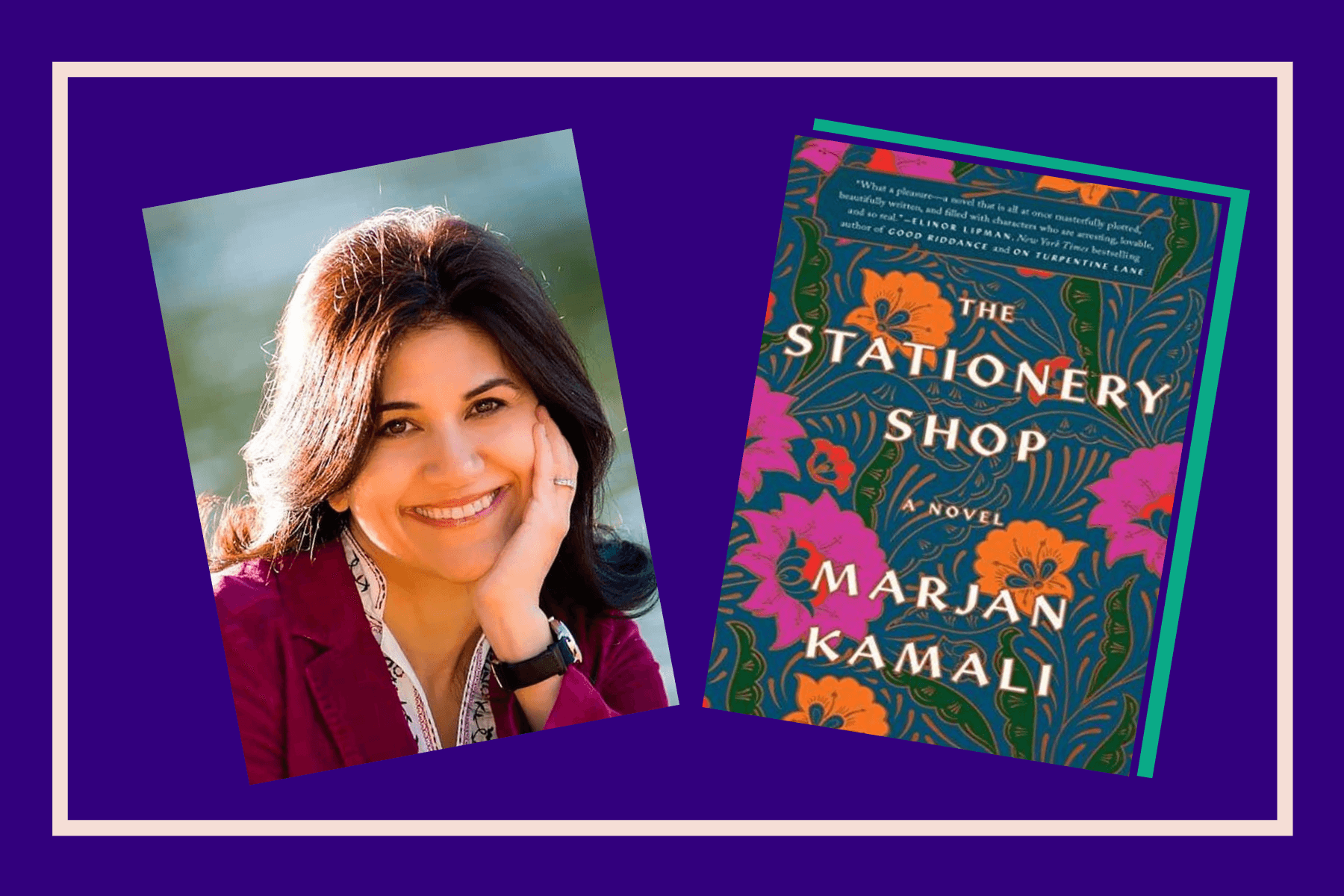 “They slipped briskly into an intimacy from which they never recovered” — this famous quote by F. Scott Fitzgerald is the epigraph that aptly begins “The Stationery Shop,” Marjan Kamali’s second novel. Kamali, who was born in Turkey to Iranian parents, draws from her experience of living in different spaces and places and focuses her writing on immigration, assimilation and identity.

This book was given to me by a close friend who said, “I don’t think this is your typical kind of read, but I have a feeling that you will really enjoy it.” I was intrigued by what she thought my typical kind of read was and was not, so I immediately opened up and started reading this beautiful, intricate, lively story that is all that and more, yet simply relayed. I was so captivated by Kamali’s storytelling that I couldn’t put the book down for long periods of time.

The story begins in 1953 with Roya Khanom, a 17-year-old schoolgirl raised in a progressive household in Tehran. She and her younger sister, Zari, are encouraged by their father to take advantage of the new reforms that allow women to attend university. He has big dreams for his daughters, but Roya doesn’t spend her days thinking about what profession she will pursue. Instead, she escapes to the little Stationery Shop run by the attentive Mr. Fakhri and loses herself between the pages of poetry and prose.

On a Tuesday afternoon, Roya’s frequent trips to the Stationery Shop changes the course of her life forever when in walks a breathless Bahman Aslan, a young, handsome man who is already known for his political activism. The Stationery Shop presents a perfect spot for a meet-cute moment that every book-lover, including myself, can only dream about.

Kamali beautifully encapsulates those first stages of young, awkward love stemmed from curiosity and longing—something a lot of us can relate to. Tuesday after Tuesday, the two young lovers meet at the Stationery Shop and find a few moments of respite together, drinking in love poetry by writers like Rumi, while falling deeply in love with each other.

Roya and Bahman’s love story is set against the backdrop of political unrest under Mohammad Mossadegh’s rise and fall, so time is of the essence for the young lovers. Roya’s family accepts Bahman as a suitable boy for her, but Bahman’s parents, specifically his mother, wants nothing to do with Roya. She has other plans on whom Bahman must marry for him to have a wealthy and secure future.

The introduction of Bahman’s mother brings the topic of mental health into the narrative as she suffers from depression and a form of bipolar disorder. Her volatile state was not something Roya is accustomed to, so her perspective of Bahman’s mother was hard for me as a reader to grasp because there were moments where Roya and Zari chose to villainize Mrs. Aslan. Bahman finds it hard to express his mother’s condition, and maybe he doesn’t have the right words to describe it, which is telling on how brown communities deal with mental health and how the lack of resources presents uncomfortable situations.

Despite Mrs. Aslan’s protests, Bahman proposes to Roya, which is when the story enforces an unavoidable rift between the lovers. After an unsuccessful plan between Roya and Bahman to meet each other in the town square, Bahman and his family suddenly disappear, leaving Roya helpless and hopeless. With the help of Mr. Fakhri, Roya begins to write letters to Bahman: “She thought of her words being placed inside the pages of a Persian poetry book, hugged by the verses of the ancients. Their love was safe there. In a way, it belonged there.” But a disastrous breakup through letters leads to Roya leaving Iran forever, and thus begins a new chapter for her.

When in America, Bahman seems like a distant memory—someone she once knew physically and still fiercely loves within her heart. Roya adjusts to America by finding comfort through food, which is one of my favourite things in literary fiction. I relate to the same feeling of comfort that the character feels when I read about food preparation, like when Roya walks into a shop for the first time in America and takes in the familiar scent of spice — I felt that. Kamali goes back and forth between Roya’s memories of living in Iran and in America, and this form of non-linear storytelling really works because the reader is presented with a nuanced view into how small moments in the now can immediately draw you back home, where one loses themselves in memories.

After Roya has spent a few years in America, the story progresses to how she meets a white man – Walter – and builds a life with him. They go through quiet moments of love together and endures a terrible loss of their firstborn child—a loss that is not sugar-coated but allows itself to dwell in the rawness of pain.

Sixty years go by and Roya is made to confront truths from the past. The last few chapters left me feeling breathless, metaphorically, as I found myself racing to the end of the book. The story quickly picks up the pace when Roya comes face-to-face with a memory from the past: “She was with a stranger here. She was with her love. She held these two truths in her mind at the same time and found it hard to speak.”

“The Stationery Shop” is a book about love found in surprising spaces and lost in unforgiving ways, immigration, assimilation and the enduring power of words. It’s a story that will quickly draw you in, and will leave you with nostalgic yearning.

You can buy a copy of “The Stationery Shop” of Tehran from Simon & Schuster and keep up with Marjan Kamali’s work on Twitter and Instagram!