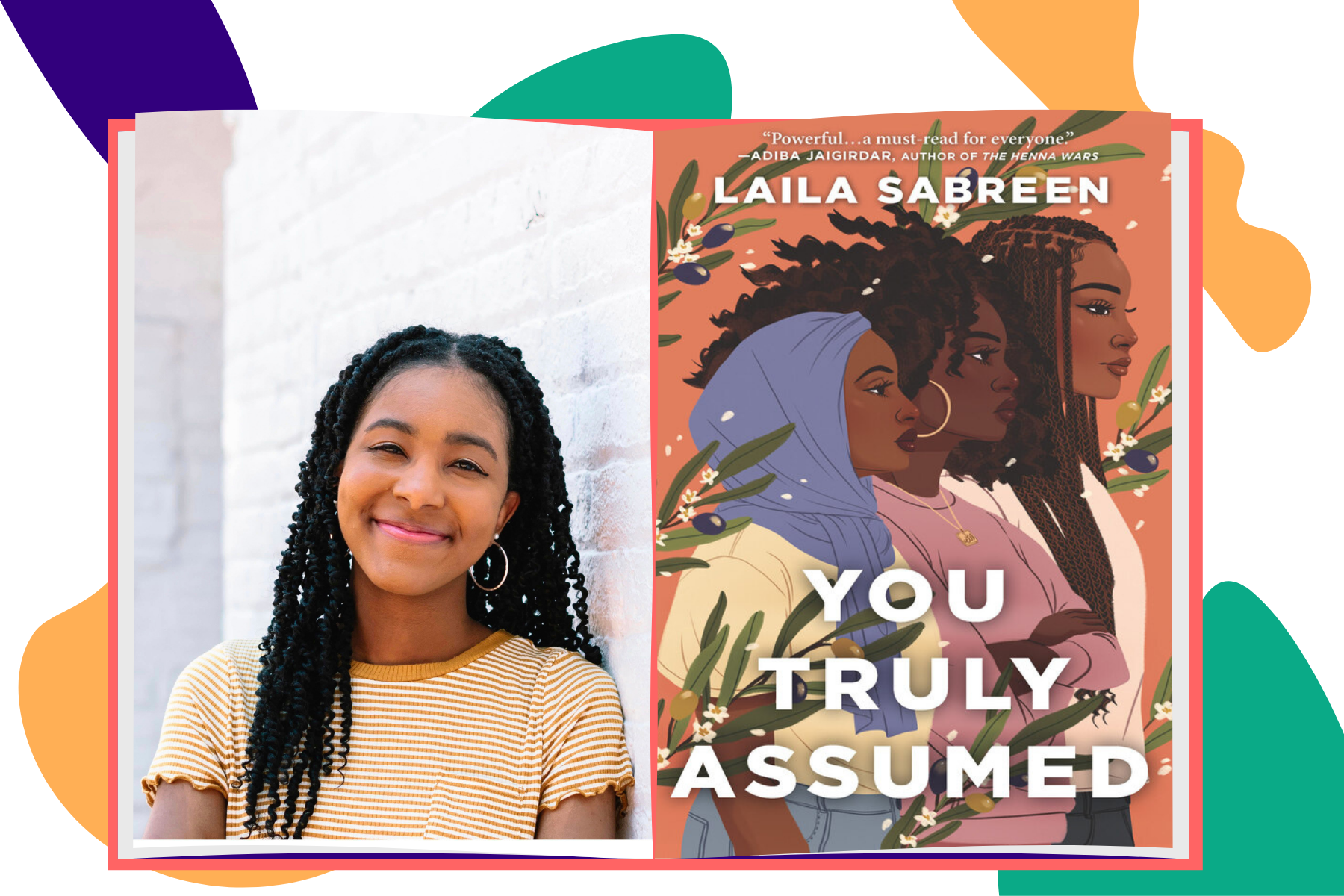 “You truly assumed that the world would heal and stay healed while spinning constantly. A spinning driven in part by accepted half-truths and rumors that get taken as facts,” said one of the three protagonists, Sabriya a.k.a. “Bri,” in the book “You Truly Assumed” by Laila Sabreen.

Sabriya, from Virginia, is an ambitious ballerina, whose name gives her identity away, yet she proudly wears her Arabic-inscribed “Allah” necklace around her neck. Zakat, a.k.a. “Kat,” from Georgia, is an aspiring artist, whose name gives her identity away, yet she faithfully wears her hijab, the Arabic term for a headscarf, while biking around her neighborhood. Farah, from Massachusetts, is a computer whiz, whose name gives her identity away, yet she uses her talents to help Sabriya with her blog on Islamophobia. All three college-bound, high-school students, who own their Black Muslim identities, realize that their dreams could easily be crushed the second a terrorist attack befalls Washington D.C. because it turns out that the terrorist has a Muslim name: “It’s scary that names can speak for someone before they’re given the chance to even open their mouth,” says Sabriya.

Upon her friend’s encouragement, Sabriya begins a personal online journal. Although she did not intend for it to go public, it did. Hundreds of visitors read Sabriya’s blog entitled, “You Truly Assumed,” and commented, some of which were positive and others which were negative or even…threatening for example, “Every Muslim needs to die.” However, instead of making her blog private or deleting it altogether, Sabriya decided to continue this journey and met Zakat and Farah online. Zakat contributes through artistic illustrations and Farah codes the website.. And so, their stories of being not only Black but also Muslim, though different, become united in this very special quest to be understood.

Although Sabriya, Zakat and Farah are completely comfortable in their own identities, they still fear what that can bring for them. In turn, they rethink their futures; their parents encourage them to be wary following this terrorist attack committed by a guy with a Muslim first name: “Change does happen, but unfortunately things like racism and Islamophobia morph.”

[Read Related: ‘Women Like Us’ is the New Female-Centric British Muslim Show That Every Country Needs]

“You Truly Assumed” gives consideration to a unique perspective by detailing what goes on inside the mind of an individual who has fully and confidently embraced an identity, but still fears that it will deter future opportunities. Let’s learn more about this Young Adult fiction novel written by Laila Sabreen:

Rumki: I could relate to “You Truly Assumed” on so many levels including that of fully embracing one’s identity no matter the circumstances, however, having fear WITHIN one’s identity, not OF one’s identity. You have beautifully described exactly THAT emotion to its very minute detail within the three protagonists’ perspectives. What inspired you to do this?

Laila: I love this question because it highlights the subtle, but significant, difference in those types of fear! I was inspired to explore how Sabriya, Zakat, and Farah’s racial and religious identities impacted how they saw themselves and the world around them because it was something that I was grappling with at the time when I was writing the first draft of You Truly Assumed. That was around the time when the Muslim Ban was occurring and when anti-Muslim hate was being discussed because of how it was being used politically. In addition, I was also growing up very close to DC and so writing You Truly Assumed gave me to unpack the results of the 2016 presidential election and what that meant for me as a young Black Muslim woman.

R: “You Truly Assumed” dwells into the weight of something as large as a terrorist attack has on various communities. Although you mentioned the victims and their families many times, you chose to focus on the Muslim community’s perspective and experiences following such an attack. Why?

L: I felt that it was important to show how such an attack would have a ripple effect on the various the Muslim community in “You Truly Assumed” because, unfortunately, that is oftentimes a reflection of reality. In the book, the attacker is assumed to be Muslim simply because of their name, when they actually are not. However, that assumption then causes anti-Muslim hate to spike rapidly, which impacts the Muslim community as a whole. Such an assumption is not untypical, and so I wanted to explore the immense impact that has.

R: Do you have any ONE particular character in the book that you find your own self in? If so, which character, how and why?

L: I don’t think there’s just one girl that I see myself in the most because there are little parts of myself in each character. For example, I used to do ballet and Sabriya’s passion is ballet. I’ve always been interested in art, so I got to explore that interest through Zakat’s character. Back in high school, I used to run a book blog, so that is also why Farah is familiar with website design and coding. We’re also both big Lakers fans!

[Read Related: To Muslim Women: ‘I love you Dearly, Regardless of What Stage of Islam you Operate in’]

Read “You Truly Assumed” and see how these three young women’s stories develop, how their personal struggles affect both themselves and the people around them, how their blog develops and the impact it might have on their lives as well as their readers’ lives.