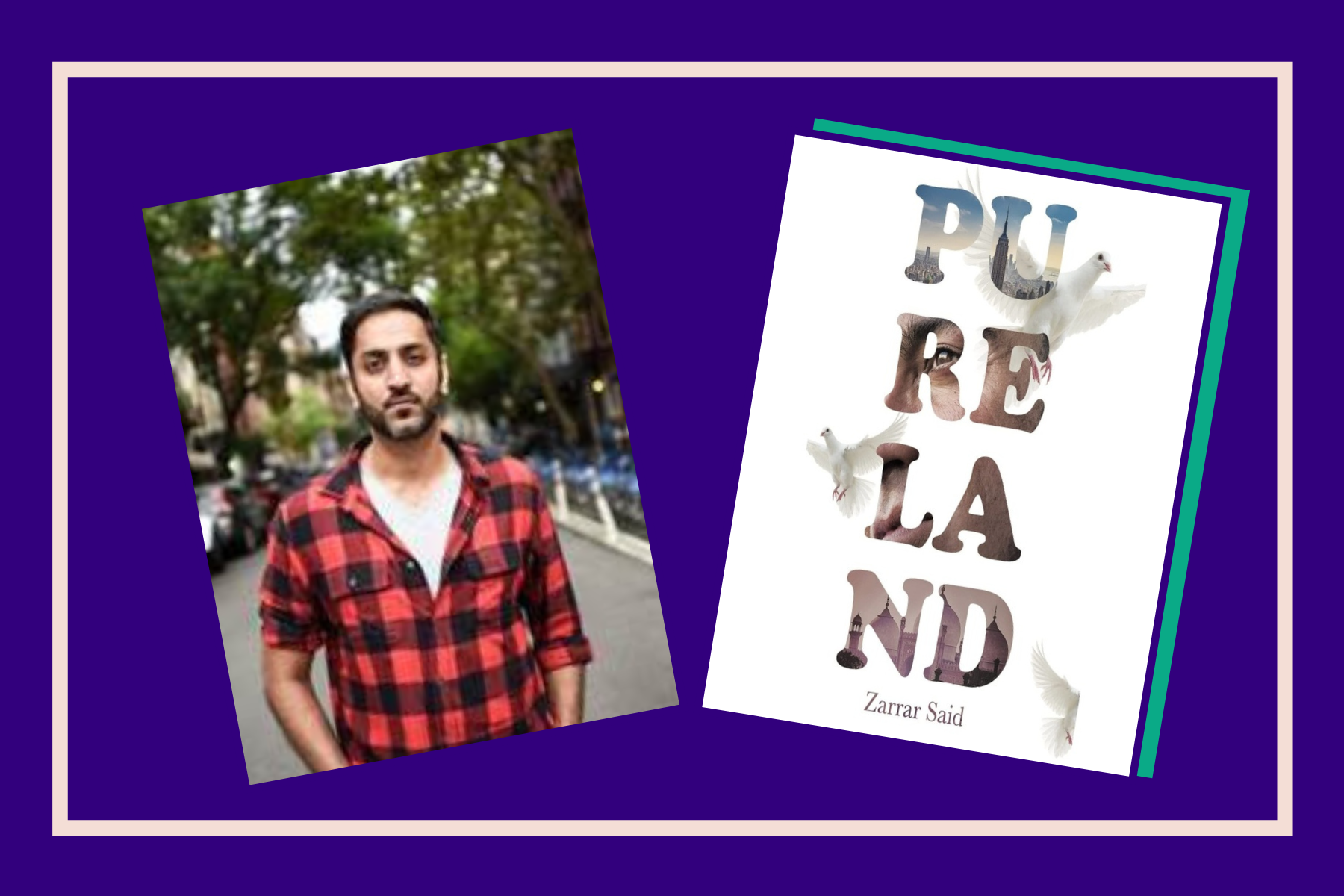 Religion—the philosopher’s muse, the politician’s tool, the spiritualist’s demise and a lens for life. As much as I would love to sip a hot cup of chai and discuss the benefits and detriments of religion, a more significant question is (if you believe in God or any higher universal force): How do we understand our relationship to God? If you are like me and grew up Muslim, the answer is as simple or complex as you want it to be, which is the beauty of religion and spirituality. The Prophet (SAS) envisioned and received the final message of God. Cool. But he also encouraged his followers to connect with God on their own. Here is where the controversy begins.

It is difficult to address the relationship between individual spirituality and Islam, let alone through a love story the way Zarrar Said’s book, “Pureland,” does. It is a story of the unrequited love every romantic reader dreams of: between lovers, with one’s homeland and with a God that speaks directly to you. Through the story, Said unfolds ways in which colonialism and the fight over money and power lead to terrorism, dictatorship and a loss of religious intention.

Dr. Salim Agha, the reluctant hero of the novel, is the romantic and naïve embodiment of a lost prophet. Growing up in a village of pre-Caliphate Pureland (a place buzzing with ghazals, churches aligned with mosques, and skirts above the knee), Salim is raised by the son of a drunkard painter. He is discovered in his childhood by General Khan, an army leader with a reputation for spotting geniuses and guiding them to leadership. Dragging him away from his hometown, Salim Agha arrives at Khan’s palace in Lorr where he blends right in with the family of servants living in the mansion.

General Khan’s army friends identify Salim’s intellectual abilities quickly and ignore the darker skin that distinguishes him from his peers, who know nothing of his background as a servant and an Ahmadi Muslim. He catches the attention of the political leadership as a teenager after unearthing a strategy for the army which, unbeknownst to anyone at the time, would later bring his country to ruins.

As a typical genius, Salim finds little interest in anything. However, at the first sight of General Khan’s daughter, Laila Khan, Salim finds a reason to live.  This love story drives the novel into themes that are difficult to address together without Said’s storytelling abilities. Salim Agha is eventually driven out of Pureland and begins school at Columbia University, where he finds a home within a city of misfits, where he begins to receive accolades on his theories of space and time. Meanwhile, Pureland, Laila and all of his childhood memories experience the natural consequences of time, including political change, past lovers moving on and the death of a family member.

[Read Related: The Long-Standing History of Ahmadi and Shia Apartheid in Pakistan]

What begins as a simple love story turns into a political, spiritual and philosophical discourse. Said questions the limited realities of time and space, our definitions of unconditional love, and the unmatched opportunity and magnitude of life on earth. He surfaces controversial questions, like “What is an infidel?” and “Does it even freaking matter?” Specifically, by centering the fatwa against Dr. Salim Agha, Said brings up a difficult conversation about the persecution of certain Muslim sects, including the Ahmadi Muslims. Ahmadis, among many other sects, believe there have been sources of guidance from God following the revelation of the last Prophet (SAS). The opinion that this belief binds one to hell-fire has caused wars of the past and present that continue to ravage our homelands.

Personally, as a nostalgic Pakistani-American and an Ismaili Muslim (another persecuted sect of Islam), it seemed as if Said received a transcript of my thoughts and dreams in preparation for this book. “Pureland” is a letter of longing for the past, of wanting to stop the clock, of loving a place or a person (or a religiously transcribed “God”) as beautiful and intoxicating as Laila Khan, who only craves your attention but is not willing to love you the same. It is a reminder of the dangers of obsessing over power and religious authority. It is a historical account of my country, Pakistan, and of countless other countries distraught after decades of colonialism and civil war in the Middle East, Asia and Africa. If you find interest in post-colonial history, or if you identify as Muslim, but want answers and are re-reading the stories of Angel Gibrael, fallen angels, and the Prophet’s revelations, “Pureland” is a fantastical tribute to our shared spiritual history. It is written exactly as Said envisioned it.

sahare wazirali is a poet, community organizer, and research scientist. When she is not curating Spotify playlists that only she will probably listen to, she loves to learn and write about her Pakistani and Muslim roots, intergenerational trauma and wisdom, sexuality, politics, and spiritual fulfillment. Before working in politics in Washington D.C., then Dallas, she studied neuroscience, as well as social inequality, health and policy at the University of Texas at Austin, and is currently completing a Master's of Science at Tufts Medical School. when life gets tough, you will find her sporting self-cut bangs and reading books on Sufism and sociology instead of folding the evergrowing pile of laundry in her room.