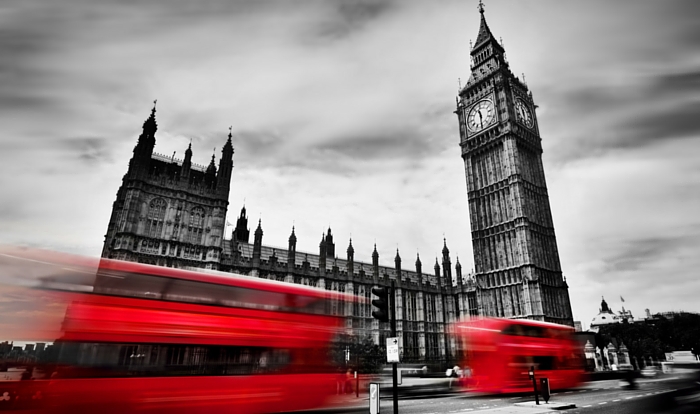 Brexit went from being the butt of jokes of its namesake as the official statement of “UK need to leave the European Union!” to the rude awakening on 23 June 2016: “shit just got real.” Well, for this British Indian girl, it did. It’s official, the British people have voted to move from the EU and its close call was a shock to say the least with both the Remain and Leave campaigns vying for the cherry on the cake right until the last second.

The country awoke to a state of shock and confusion; newspapers, TV and social media were abuzz with the breaking headlines, each channel blatantly expressing their joy or disappointment. My commute to London that morning was filled with bewildered commuters as to what will happen next as we did the unthinkable; yes, we engaged in conversation with fellow commuters!

Quiet murmurs of dismay at David Cameron’s resignation filled the train carriage, as we attempted to stream his speech on our phones. Some accused him of cowardice, whilst others empathised as his defeated face etched a thousand apologies for failing to keep UK a part of the EU. In parallel, UK markets were in turmoil as the pound dropped in value at its lowest in 30 years.

Floods of tears from European colleagues greeted me at my office, which included feare for their future, whilst Nigel Farage’s announcement of this historic moment as “UK’s independence day” was looped on our TV. Despite the bookies odds to predict who would be Cameron’s successor, even their former favourite candidate (the odds now gearing towards Michael Gove or Theresa May) Boris Johnson’s attempted sombre look that was splashed over the tabloids, as his car was being pelted by the Londoners who had once voted him mayor, could not hide the question on his face, “have we really fucked this up.”

From a factual perspective, the sentiments towards Remain and Leave were geographically split, however even in London, the UK’s most diverse city was collectively at a close near 41/59 split.

Political propaganda has emerged the real winner as speculation has sadly played over facts of what both sides of the coin displayed. The Remain campaign pursued its beliefs of stability in economy, job security and fair-trading. The Leave camp, however was predominately associated, in the tabloids, with immigration, stating that the decision to leave would be the “go back to where you came from” type message, which sadly echoed beyond EU nationals, it echoed to people of colour.

Immigration as a definition has been tainted. Families like mine, and many others from ethnic minority groups, immigrated en mass from the 1950s onwards and whilst they may have stood out, these so-called “nig-nogs” did the jobs that no one else wanted.

So whilst we make the off the cuff jokes of every Patel owning a cornershop, which is open even on a Sunday or the Punjabi aunty cleaning the toilets in Heathrow Airport (apparently Indians laughing at Indians is the exception to prejudice jokes) – it was these “coloured people” that changed the face of the economy.

Oh, and guess what, without the dependence on government benefits. Call it naivety, but I always felt this ethic and the willingness to integrate were fully embraced by my English peers. With multi national firms capitalising on skilled workforce from across the globe, it’s apparent that not every EU immigrant lands at the arrival port straight in line for the dole.

The confirmation of the people of UK favouring Brexit has witnessed not just a new generation of white on white racism with EU nationals facing a sense of no belonging, but reports of race abuse across multiple ethnic minority groups in the last week.

I really want to say, I’m in absolute shock, but my gut tells me otherwise. Growing up, it was not unusual in primary school to have Indians, Koreans, Africans, Europeans and Sri Lankans all in the same classroom as the English people. Racism, back at school, wasn’t the “Paki go home,” in your face type of prejudice. It was the by the by “Oi chocolate face” comment that was shrugged off because it was rare, but we reciprocated by feebly laughing at the mocking of our older generation’s accents by our English schoolmates. By displaying I could have a laugh at my culture’s expense, was my excuse that this wasn’t racism. Well, I was wrong. It is and will always be racist.

“I can’t even hide my identity,” said my Sri Lankan friend, who by the way voted Leave. Racism never died, it needed the fuel to leverage its existence and was accelerated by the exploitation of this political tug of war within the nation.

Conversations with South Asian women in my local town led me to believe that there was potentially a large number of non-English people who voted Leave yet had their voices drowned out with the notion that Leave equates to immigrants out. Small business owners like my mother takes pride in her contribution to the economy and feels that building a life in the UK allowed her to create an identity. Yet her first hand-experiences of witnessing foreign employees attempting to fast track themselves to the government benefits queue, whilst unwilling to integrate, contradicts her beliefs of work ethics.

One British-Indian single mother describes her decision to vote Leave as “a divorce all over again.” The same feelings surface that of sadness and guilt for upsetting people without meaning to. But she believes  it’s the right move to the future with regards to fair opportunities especially for university children who are skeptical about future job prospects and a chance to gain control over regulations that are tailored for the UK.

She went on to say:

“There is speculation on how bad Brexit is, but it’s not just about immigration and not wanting to be part of Europe, but deciding as a democratic society what is right for Britain and its future whilst remaining British European.”

In 2016, this nail biting campaign is an eye-opener on how diversity and integration has finally broken the waters of the womb of insecurity. Democracy, albeit our right, awakens the harsh reality of the people’s voices, And in my mind whether you voted in or out, United Kingdom is sadly no longer united.