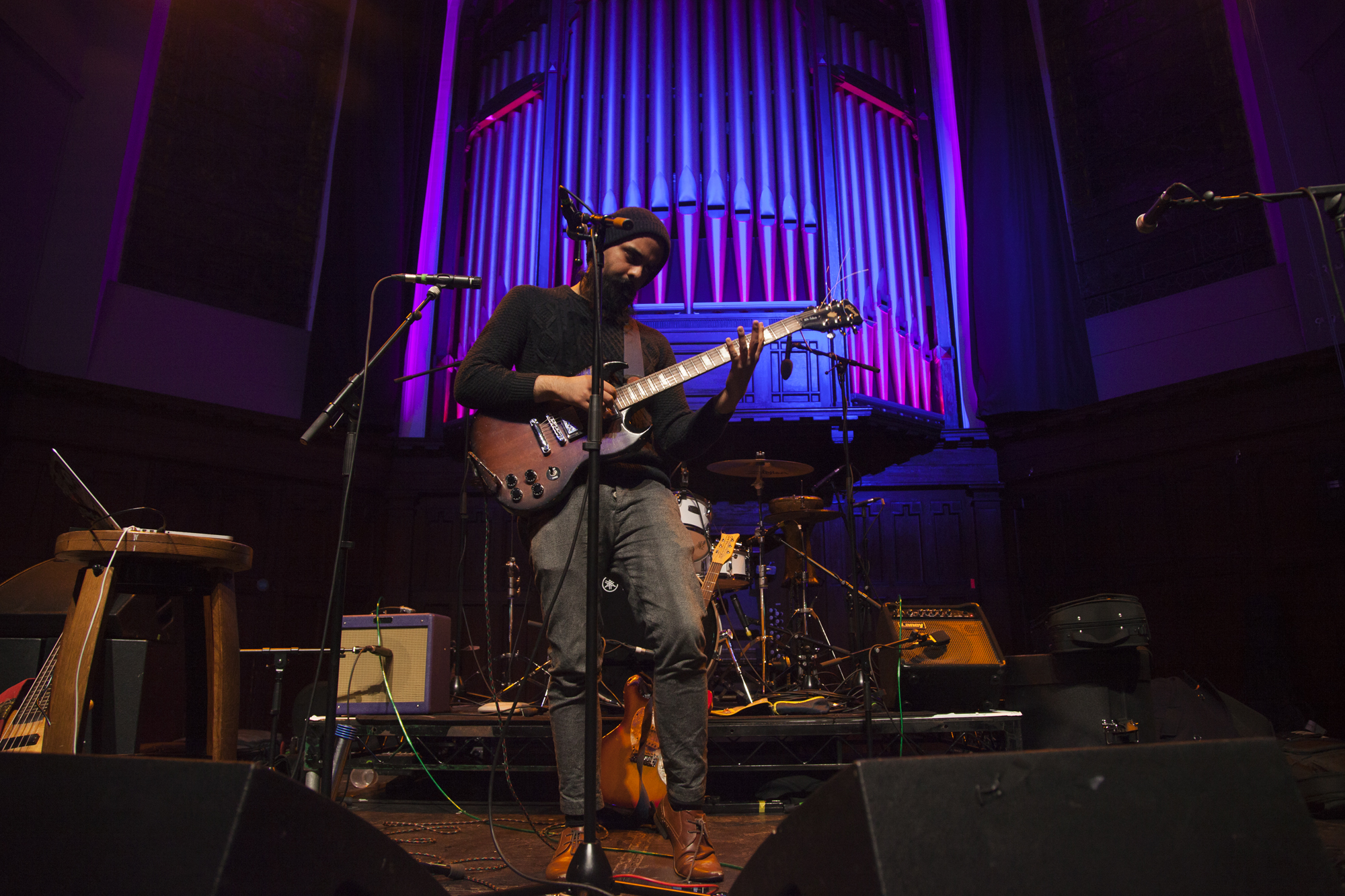 Kapil is a musician, visual artist and grassroots music promoter based in Glasgow, Scotland. He releases his debut LP: A concept album based around oppression within the Indian caste system both native and in diaspora this year via Liverpool-based label Loner Noise with an accompanying tour of the UK, Europe and India.

“My name is Kapil and I am a musician, visual artist and grassroots music promoter based in Glasgow, Scotland. My promoting began as a vehicle for the musical projects of friends and as an attempt at putting on nights across the Central Scottish Belt that I wished to attend but didn’t yet exist, but I now use my platform to give greater visibility to marginalized voices, with a particular focus on POC. Over the past year, I’ve had the pleasure of hosting a number of artists from around the world such as Shilpa Ray, The Kominas and Manish Pingle, with many more in the pipeline for 2018.

My own music is a volatile combination of Carnatic musical heritage (my cousins are celebrated South Indian singers The Ragam Sisters), sequenced drum machine programming and improvised noise rock. This year marks a departure from the more family-focused narrative of my prior releases in favour of illuminating a number of structural oppressions plaguing South Asian communities both in India and in the diaspora. The first in a trilogy of albums exploring the problems inherent with modern South Asian culture and where I feel we should go next, “A Sacred Bore” is first and foremost a barbed examination of caste as a means of discrimination.
Born of the most dominant Hindu caste (Brahmins), I feel that any examination of its prejudices must be steeped in an awareness of both my privilege and of the pivotal role played by oppressive castes in the protraction of future bigotry. Despite growing up in a household which took caste really seriously – the subtle prejudices towards lower castes during my childhood were not immediately obvious. Greater scrutiny is required, out with the dulling lens of nostalgia. Be it an absence of respect for waiting staff whenever we ate in a restaurant or a seemingly innocent parental assertion that “only good Hindus don’t eat meat” –  underlying casteist rhetoric emerges when you realise that food service roles tend to fall on lower caste Indians and that vegetarianism is a luxury of circumstance afforded mainly to Brahmins in Southern India.
My first major experience of caste in adulthood happened at work not long after graduating from university where I witnessed a confrontation between two Indian women. One of them in her late 50s and the other one 19-20. The woman in her 50s made the younger woman cry and quit the call centre. I bumped into her in a bar many months later and she told me that the older woman had subjected her to loads of bullying based entirely on caste.
My quest to illustrate the sheer breadth of caste-based discrimination has lead me to a wide range of academics, protest singers, preachers and writers. Everyone from Punjabi protest singer Bant Singh (who continues to perform despite the severing of his limbs after reporting the rape of his daughter by upper caste members of his village) to New York subway worker-turned-novelist Sujatha Gidla have inspired the record’s dense lyrical weave. I hope to pair stories of the caste system’s most celebrated critics with the right sonic backdrop through adequate referencing of the musical heritage of the regions in which their narratives are set.
Upon greater study of caste and its consequences, I realise that not all of its facets can be illustrated through the medium of song. Utilising my skills as a visual artist (honed mostly through designing posters for shows I put on), I will be releasing a number of typographic prints ahead of the record. The prints of the series released so far have focused on the scripture (known locally as “The Laws of Manu”) commonly used as a vehicle for casteism and the immigrant associations in the US and UK which impose the same casteist belief structure upon their new members – despite their intention of escape in the first place being to escape this exact prejudice.”

Check out Kapil’s singles from his album Caustic Wit and A Sacred Bore. Visit him on Twitter to keep up with updates or stay tuned on his BandCamp.