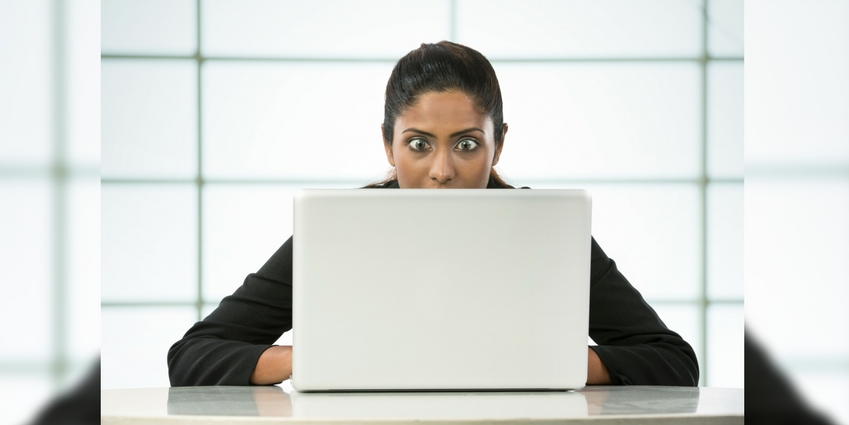 To a troll no one is safe and nothing is sacred. Trolls come in all shapes and sizes, and are not limited to those that hide behind the safety of a computer screen.

If you’re an outspoken, independent brown girl, chances are you have run into your fair share of trolls both online and off. From meddling aunties to tweeting strangers, we decided to give you a guide to identify and defeat those pesky trolls once and for all.

Before fighting back against these trolls, it is important to recognize their many forms. The following are real responses I have received in response to both my personal and professional presences online.

The Shame-Shamers: One of the most common troll techniques is to publicly shame anyone who may present a controversial or unconventional view. The Shame-Shamers take it as their personal responsibility to not only keep tabs on the morality of strangers, but more importantly, make an example of them to the world.

The Creep: This troll should need no introduction. The Creep thinks sliding into your “Other Folder” on Facebook with “u want fraandship??” is the way straight to your heart. They may seem friendly, but approach with caution.

The Tamasha Seeker: All trolls have a bit of the Tamasha Seeker in them. This troll calls you out on a public platform without much explanation or given reason. They seek to create a scene simply for their own entertainment and self-satisfaction.

The example below is a personal favorite because this particular Unappointed Spokesperson is not only an expert on psychology, philosophy and theology, but also has a direct line of communication with The Creator! We are truly in the presence of greatness. *eye roll emoji*

The Aunty Knows Best: I love our strong and sassy Desi Aunties more than anyone. However, even the most well-meaning aunties expertly dish out judgmental remarks on our careers, relationships, and appearance in a way that can harm any brown girl’s confidence. Although we often encounter these remarks offline, their targeted and belting nature earns the troll title of The Aunty Knows Best.

So how is a girl to fight back in the face of so many kinds of trolls? Fighting a troll face-to-face or online requires patience, guts, and self-care.

Sometimes the best way to show a troll who’s boss is to deny them what they want the most: attention. Ignoring trolls can save you time and peace of mind, even if it may not be the most satisfying response.

Other times, the tone or timing of a troll may warrant a response. In these instances, I advise approaching the altercation cautiously as engaging with trolls can not only be time-consuming, but also, dangerous. Many trolls spew their hatred in ways other than name-calling. Expert trolls have been known to mine the Internet for personal information to release publicly or blackmail.

Whether you choose to ignore or engage a troll, it is important to be mindful of your own mental and physical health. Create a list of self-care habits or indulgences that you can look to when the haters get you down. These can range from treats, such as cupcakes from your favorite bakery, to chores, such as doing your laundry.

In my personal experience, the best remedy to facing off with trolls is to actively remind yourself that these spiteful strangers are the minority. At any given moment, there are countless people in this world who appreciate you and your work. They may not be the loudest voices in a room, but make sure you recognize their existence. We should never let a few trolls discourage you from pursuing your dreams or voicing your opinion. And when in doubt, just follow the old adage: Don’t read the comments.