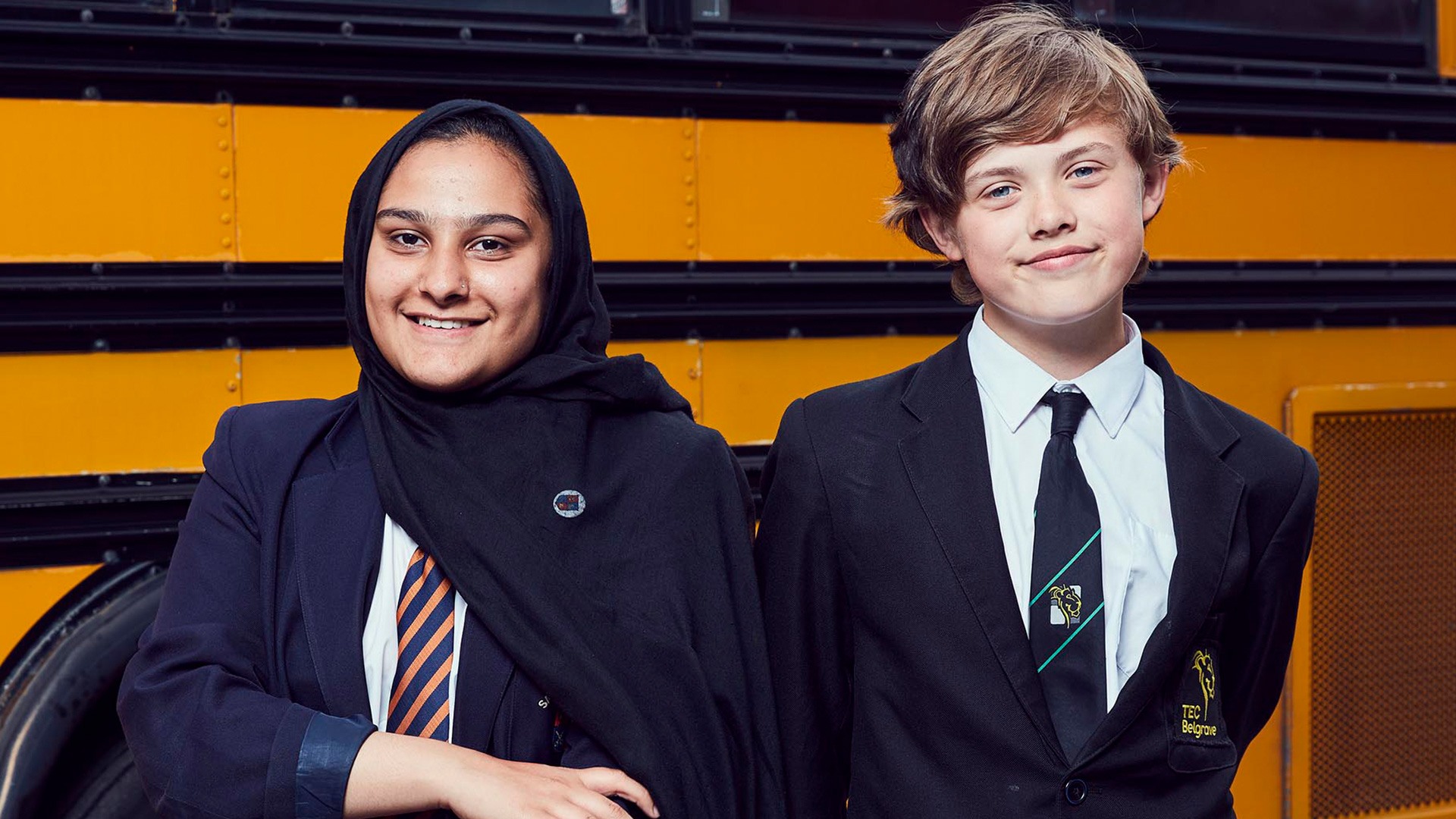 U.K.’s Channel 4 seems to be reigning high on the model of ‘let’s push some children from diverse backgrounds — who have never met — in front of a television camera’ and it’s documentary series “The Great British School Swap” is the perfect example. The three-part series followed the lives of two groups of students, from two different schools, with ethnic, cultural and religious splits. The children would reject prejudice and decidedly learn to love or hate one another. “The Great British School Swap” was also an uncomfortable watch to its predecessor “How the Other Kids Live” which followed a similar premise — somehow though it was less optimism-inducing and less heartwarming. Watching as a British person of colour, it was a frankly depressing wake-up call about the state of this country.

The series took 24 students between the ages of 13 and 14, 12 from an effectively all-white school, and 12 from a practically all non-white, mainly Muslim school, and allowed us to watch as these two very different sets of teenagers in one environment. Both schools are situated in neighbourhoods of Birmingham in the West Midlands of the country, that, according to the show, can be described as nothing short of segregated.

The experiment started with the white school kids from the town of Tamworth spending time at Saltley Academy, a predominantly non-white school. Some of the Tamworth students admitted on camera that before this experiment, they had never met nor interacted with a single South Asian person — something that to myself and hopefully many others seems incredibly shocking in today’s Britain. Walking into their adopted school, the Tamworth pupils felt scared, out of place, like everyone was staring at them. Following their time at Saltley, it was time for the swap-over and the Muslim children made the trek to Tamworth, where the houses were nicer and the people seemingly posher. The Muslim children, stripped of the comforts of a familiar community, were greeted with monkey noises.

What do White and Asian children really think of one another?

The children were put into pairs, one brown, one white, to induce interaction. The families were heavily involved too, with parents visiting each others’ homes for playdates and dinners. These scenes, in particular, were highly charged, revealing the still existing power dynamics between white and brown, and the pure lack of foresight that it takes for a grown woman to leave a Muslim household overjoyed that their home didn’t “smell of Muslims” as she expected. In fact, this mum isn’t even ashamed to tell her friends that she’s friends with some Muslims now!

Channel 4’s programme description calls the show, “an experiment exploring racial segregation” in which “pupils from contrasting areas swap schools.” Except that I just don’t know whether ‘segregated’ was really the right choice of language for the series, as it tried to depict overly polarised, incredibly isolated communities through questionable comparisons to pre-Civil Rights US South. Although the two groups had rarely mixed, the structural disadvantage was evident, and as the show made clear, cultural blindspots, misconceptions, and ignorance were rife. It’s not like there are literal laws separating the communities.

I fear that the use of such terminology is actually more divisive, exaggerating reality to make their experiment a more necessary and shocking baptism of fire. Typical of such sensationalised television, and as expected, only the children with the most extreme of views were given air time. Of the 24 featured, we were only given time with a few — I presume those with more tolerant and accepting mindsets were not considered good TV personalities. One gets the sense almost everything in the show has been manipulated to fit the right message of hope when the experiment yields positive results.

If the views expressed by the young people featured in the series were unedited and anything close to accuracy though, this is grave and very concerning. Because I wasn’t wholly convinced by the end that racism had been trumped through a couple of weeks of mixing. The student party (from both schools) and presentations in the final episode were uplifting and showed the extent of all the participants’ learning and growth. But somehow, the pessimist in me just doesn’t see long-lasting changes in attitudes even in this small sample of people.

It’s one thing to find out it’s possible to like, even love, an individual you’ve spent your whole life being told you must hate. But it’s another to genuinely rid yourself of deep-seated prejudices, and truly understand where another group is coming from and achieve more tangible shifts. That’s where I worry this show falls down and might encourage white people to fall into an “I can’t be Islamophobic, I’m friends with a Muslim!” mentality.

What Does Being British Mean to You? – The Great British School Swap

School kids from different communities share their thoughts on Britishness…

If I’m completely honest, as a British Indian watching this with a close British Pakistani friend, we both found this incredibly uncomfortable viewing. Watching the white students speculate on whether Islam is “a country?” and come out with beautiful sound bites like “The burqas are wanting to ban bacon” and “Does the lettuce have to be halal?” made us feel physically angry. The utterances of the Muslim kids like, “I just don’t like gay people, they make me feel weird,” equally so.

Still, I was glad that LGBTQ+ and gender issues were explored in-depth, as well as the debunking of many myths regarding radicalisation and terrorism. Diversity of views within the Muslim community were also teased out, rather than painting them as a homogenous mass. It’s not all bad, and it’s important that issues of ignorance on both sides were explored, rather than one-way racism. It’s just that the educational tactics to combat their views were too superficial. When one white mother fears the “Paki’s” will come to Tamworth to take her job, or the children debate (quite insightfully) whether the Queen actually represents minorities — one wonders what they understand about the empire, the Commonwealth, the hate crime that causes ‘segregation’ (i.e British, rather than American history) that has clearly been missing from their education system.

The sad thing is, for many, this show was probably quite educational and positive. For people of colour, I only feel sad that my grandparents have been in this country for over fifty years, yet a basic understanding of other people remains largely non-existent. One thing’s for sure, if the participants of this experiment really have changed their views, I’m not sure how pleased they’ll be in 10 years to recall that literal video evidence of their uninhibited prejudice is still floating around.