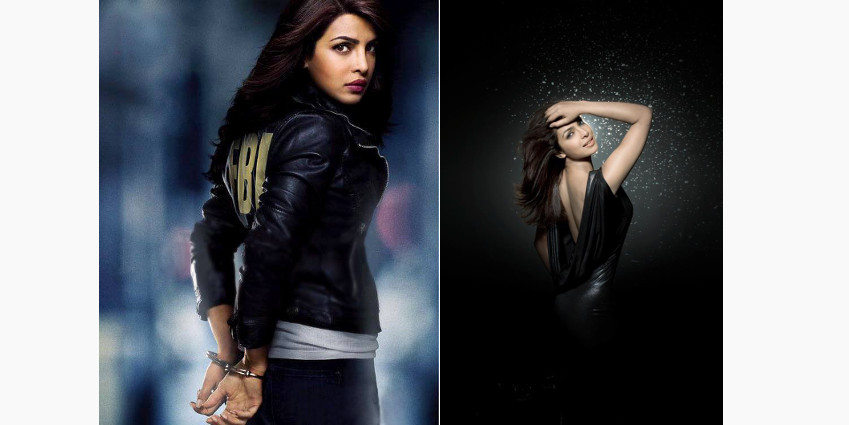 Last week’s “Quantico” episode had heads spinning from beginning to end. It is evident that none of these characters can be trusted.

Who is really helping Alex Parrish? And, who is a part of the larger plot to frame Alex?

These questions were raised largely about Simon Asher, and with some help from Ryan Booth, Alex approaches Simon for help—which proves her innocence. She takes the C-4 from her apartment that was used to frame her, along with a piece of wire—the only real piece of evidence that could lead to the actual terrorist.

Simon agrees to help her, taking her to his office where he can analyze the evidence.

When he trips an alarm to alert the authorities, Alex, as well as the audience, thinks that he has set her up. Quickly, he explains that in order to successfully help her without implicating himself, they need to make it look like he did it under duress.

However at the end, it is revealed that while Alex and all of her other former Quantico classmates think Simon was kicked out of the training academy, but he is actually an undercover agent.

Being able to effectively play with the audience’s perception of a character’s innocence or guilt is an impressive feat. “Quantico” has already proved itself to be a series that will have the audience guessing until the very end. The twists and turns keep the show intriguing, but may also get tiresome if it continues at such a fast pace for the rest of the season.

Does the audience have the endurance and patience to last eighteen or nineteen more episodes of emotional, intense narrative twists?

We’ll have to wait and see.

While critics continue to seem pleased with Priyanka Chopra’s performance, there have also been many critiques—mainly from the South Asian community.

In the beginning, Chopra’s accent was a topic of conversation. Some felt that her accent was not convincing enough to play an American FBI agent. Then, her character’s “Americanized” name became a sore point. She was also accused by some of not embracing her Indian heritage by trying to play an “ethnically ambiguous” character, as Chopra puts it. Others have said that the intimate scene in the start of the first episode was purposefully put there just to show that brown girls can be casual about sex too.

Chopra has been placed under a magnifying glass, mostly because she is an iconic Bollywood star who is now an international television and film personality. She is seen as a representative for India and South Asians around the world and has the chance to depict a South Asian woman of modern times accurately on American television. But, one of the points people seem to have forgotten, is that Chopra is simply an actor playing a character.

There are some people of South Asian descent in the world who do not have overtly ethnic names, like John Abraham or myself, for example. Alex’s father was white, so it would seem odd for her last name to be Sinha or Kapoor or Khan.

With that, Chopra does not control the name or the actions of her character. Those decisions are left to the creators and writers of the show.

Whether a Caucasian, African American, Chinese, or Hispanic actor played Alex, that sex scene would most likely still have been a part of the first episode. It shows the character’s attitude toward love, relationships, and sex.

While it is understandable that Chopra is a role model for South Asians and has been given a platform to change the way South Asians are viewed in the American entertainment industry, Alex is the character of a normal American woman with her own life, actions, and morals, separate from those of Chopra.

When it comes to Chopra, she is a brown girl professionally killing it internationally.