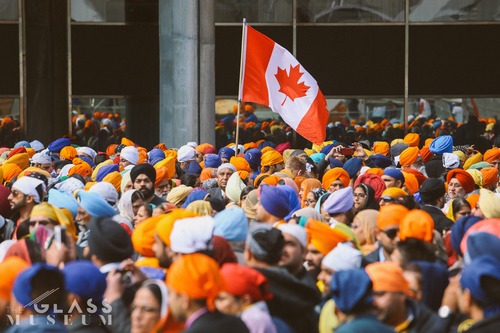 Today marks the end of a monumental month for the Sikh community in Canada. After enduring years of hate and misunderstandings, the Sikh community has finally gained its fair share of recognition by the Ontario government in Canada. Starting this year, April was named Sikh Heritage Month, thanks to Brampton New Democrat Member of Provincial Parliament (MPP) Jagmeet Singh Dhaliwal and many other influential Sikhs in the community.

Singh proposed the bill last April, it passed in December and the celebrations began this April. This month was a time for Sikhs to reflect on years worth of accomplishments and raise awareness about their religion.

Sikhs have been in Canada for over 100 years and have lived in Ontario since the early 20th century,” Singh said. “They represent a growing and dynamic population, making important contributions to the growth and prosperity of Ontario – that’s what we’re celebrating this month.”

April is already an important month for the Sikh community because it marks Vaisakhi, the creation of the Khalsa and the Sikh articles of faith (Kesh, Kanga, Kara, Kirpan and Kachera, also known as the 5K’s of Sikhi). Every spring, Sikhs across the province widely celebrate “Khalsa Day,” which signifies the values of equality, freedom and social justice.

For the first time, Vaisakhi was celebrated at the Pentagon in Washington, D.C. with a number of influential Sikhs, including, Major Kamaljeet Singh Kalsi, who fought for the right to maintain and respect his faith, while serving the country. In addition to Kalsi, Valarie Kaur, an award-winning filmmaker, civil rights advocate and interfaith leader also joined the ceremony.

Neetu Dhanju, a talented singer from  Ontario, who is a popular figure in the Sikh community and the South Asian entertainment industry in North America, shared her thoughts on the significance of Sikh Heritage Month.

The very existence of a Sikh Heritage Month is a testament to the fact that the tenets of Sikhism attract wide-spread acceptance and respect. As a community, we should be proud that our religion, and its main principles, are receiving recognition by non-Sikhs and we should continue to ensure that a proper understanding of what it means to be a Sikh is understood by all.”

Amongst the principle tenets of which I am most proud, the sense of community, equality between genders and classes and the concept of seva (selfless service done for the goodwill and benefit of others) are principles that should guide mankind, and not just Sikhs.”

By naming the month of April the official Sikh Heritage Month, the government and community recognize the contributions Sikhs have made to Canadian life. This is and will continue to be an opportunity to remember, celebrate and educate future generations about Sikhs, and the important role that they have played in the economy, politics and community.

Progress is a great and we hope to see more progress and recognition for the Sikh community in the future, all over the world.

Feature image by Rick Matharu. To see more photos by Rick, check out his Twitter and Tumblr.

Caption: On April 27, hundreds gathered at the Nagar Kirtan in Toronto, which is a Sikh custom involving the processional singing of holy hymns throughout a community.