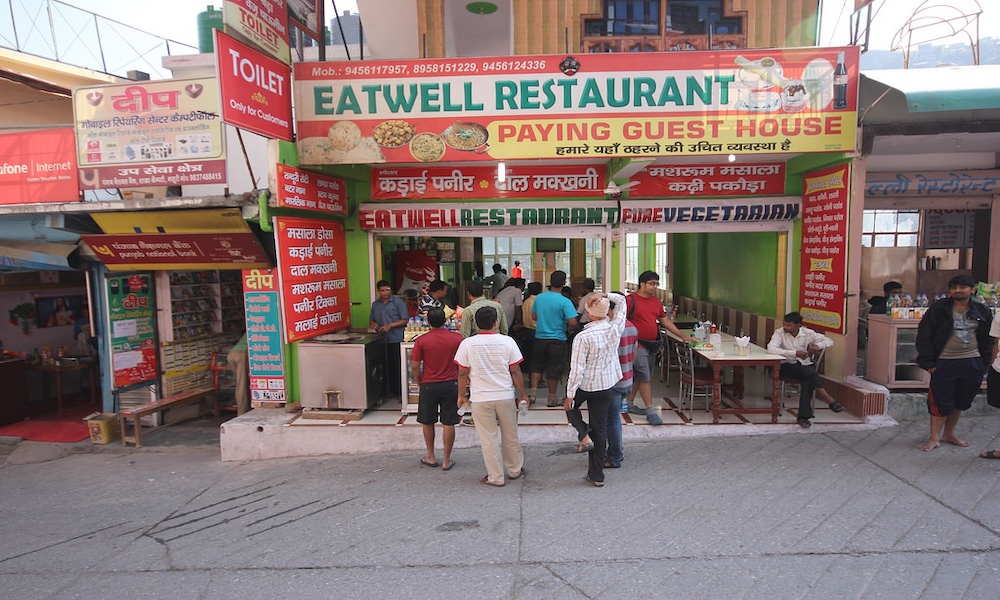 I grew up in Calcutta, where I was grateful to be raised in a liberal manner where neither my caste nor my gender was explicitly imposed on me. At the age of 18, I moved to New Delhi to pursue my undergraduate degree in Sociology at Delhi University (DU), one of the most prestigious learning institutions in India.

I decided to stay in an affluent area of South Delhi, which, despite the expenses, my parents felt it necessary for my safety and security. Little did they, or I for that matter, know that my mental safety and security would be at stake. I moved into a paying guest house (a PGH is usually found in university areas where students are rented out rooms) where I shared my room with two other girls. There were 19 girls in total who were staying in the PGH. Once acquainted with my new roommates, I quickly learned that they did not share similar liberal views as I did. Growing up in Calcutta where school days were spent with peers who did not place emphasis on one’s religion, caste, or gender roles, it was a harsh pull into the damaging effects of the caste system. Soon, living with 19 other girls became a living nightmare where caste-based bullying and the practice of modern yet orthodox untouchability began.

It all started slowly. During the exchanging of names, my roommates made it a point to mention their caste, especially if they were Brahmins. I was a little taken aback at first, not knowing what this piece of information was supposed to mean to me.

My roommate was from Lucknow. As soon as I heard this, I gleefully asked her about the galouti kebabs and the magnificent Nawabi culture. She sternly said she was vegetarian and had no love lost for the Nawabs. Further, when she found out my best friend is Muslim, she was immediately offended and loudly exclaimed her hatred for Muslims. Instead of arguing, I tried to understand why she felt that way. Of course, she did not have a reason; she did not even try to justify it. Simply put, she hated Muslims. Looking at her, a history major, with a book of Mughal history on her bedside table and an iPad on her lap, I wondered what circle of hell I had ended up in.

I come from a Bengali family where meat and fish are a part of our daily diet. Being upper-caste has nothing to do with restrictions on commensality. While the landlord of the PGH would only send vegetarian meals, there were no restrictions on cooking non-vegetarian food in the kitchen.

Initially, my flatmates simply wouldn’t touch me because I would eat meat. I was shocked but I learned to get over it. One evening, all hell broke loose when I stored some chicken in the freezer to cook for dinner. I was accused of hurting people’s sentiments. Being naïve and helpless, I apologized to everyone and said I never meant to offend them. I was angry and upset, but then I told myself growing up is all about compromises, right? My parents were even ready to invest in a mini-fridge where I could keep my meat.

Then something happened that completely changed the outlook of my situation. I found out the reason behind all this bullying: eating non-vegetarian meals meant that I belonged to a lower caste. A burning question for the rest of my roommates was, “Why was a low-caste person granted entry to living right alongside us? How dare she come and pollute the sanctity of the place we call home?”

I was infuriated. All those years of education on secularism and diversity went down the drain. For so long, I was privileged enough to think caste was just something that I read in history textbooks and only took place in “rural” areas. Growing up, most of my friends had been vegetarian; none ever had an issue with me munching my chicken nuggets.

My rising anger towards the injustice I was being put through made me want to tell them that I was a Kulin Brahmin, right on top of the caste hierarchy, and that my education and bringing up in Calcutta has taught me to never think about my caste. But thankfully, I stopped myself. Maybe I would have gotten away with it because I belonged to a higher caste but what about the next person they bully who does not have this privilege?

So, I decided to stay and fight. I continued to cook my meat. I admit it was not easy. I was a friendless outcast for the entire year I stayed at the PGH. Then, I found a senior who similarly stayed aloof and had earlier been categorized as a “gandi larki jo sharab peeti hai aur ladko ke saath ghumti hai” (“a bad girl who consumes alcohol and roams around with boys”). I asked her how she dealt with the harassment: she simply smiled and told me that I was being bullied because I was a junior, and caste was simply a tool to put me down. It was a reason to categorize someone whose lifestyle and beliefs are different. My bubble of privilege had been burst and I came to realize the multitude of ignorance that seemed to co-exist: my ignorance of thinking caste was not real and the ignorance of my bullies of how illicit and immoral their behaviour is.

I personally believe that one way out of this kind of discrimination is to make people aware of caste-based discrimination. People need to be educated. Communal jokes need to stop. Judging people on the way they lead their lives is just plain ignorant and needs to be curbed immediately. A change will come, of that I’m certain.

Jhilam Gangopadhyay is currently pursuing Sociology at Jesus and Mary College, University of Delhi. Jhilam is most seen often with a book tucked under her arm, either rushing towards the gym or to fight the patriarchy. She enjoys cooking, reading, cuddling puppies, and discovering new cultures and cuisines. Jhilam believes that important issues should be talked about—and that’s exactly why she writes about them!

In Conversation With Film Music Director and Composer Mithoon