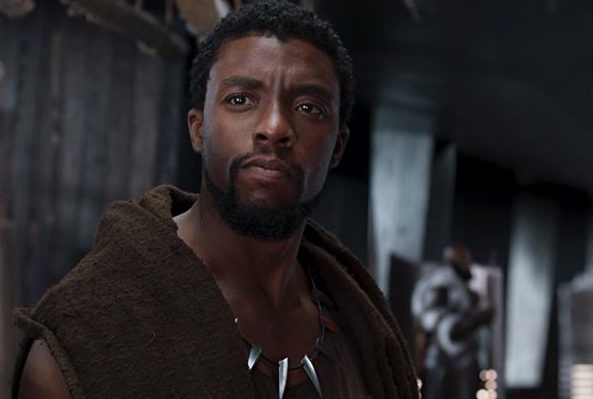 Since the announcement that Chadwick Boseman passed away of colon cancer, after four years of fighting the disease, fans, actors, and even politicians have been in mourning. Boseman, who played Black Panther in the Marvel Cinematic Universe (MCU), was universally loved. News of his death has hit hard. Letitia Wright, a Black Panther costar, wrote on Twitter:

Her words echo the grief many are feeling.

Chadwick Boseman played many incredible roles throughout his life: Jackie Robinson in “42,” James Brown in “Get on Up,” Thurgood Marshall in “Marshall,” to name a few. But the role he was best known for was T’Challa / the Black Panther. “Black Panther” was groundbreaking – it wasn’t the first movie with a Black superhero, but it was the first superhero movie with an almost all-Black cast where the characters were given agencies of their own. With his portrayal of the Black Panther, Boseman gave Black people – especially Black children – a hero of their own.

But Boseman’s “Black Panther” also had a subtler effect on a different community of color: Asians. Specifically, it affected Asian representation in Hollywood. “[Because] of Chadwick Boseman & Black Panther, Marvel finally went all-in on committing to an Asian superhero film, Shang-Chi,” one Twitter user wrote:

Bc of Chadwick Boseman & Black Panther, Marvel finally went all-in on committing to an Asian superhero film, Shang-Chi w/@SimuLiu. Like the US civil rights movement paved the way for Asian immigration, Chadwick helped pave the way for BIPOC superheroes and we’re forever grateful.

Beginning in 1921 with the Emergency Quota Act, the United States began implementing a system of immigration quotas (including the Asian Exclusion Act in 1924) to limit immigration from everywhere but Northern Europe. At the height of the Civil Rights Movement, this system came under attack by front-line activists for how openly racially discriminatory it was. Sped along by public pressure, President Lyndon B. Johnson signed the Immigration and Nationality Act into law in 1965. The act removed the quotas and allowed non-Northern European groups – such as Asians – to immigrate to the U.S.

Chadwick Boseman and his “Black Panther” team, like the Civil Rights Movement, paved the way for Asians – only he didn’t pave the way for our immigration, he paved the way for Asian superheroes in Hollywood. Since “Black Panther,” Marvel not only decided to green light “Shang-Chi and the Legend of the Ten Rings,” the first Marvel film to feature an Asian protagonist, they begin to populate the casts of future TV shows and movies with Asian characters. Last year, it was confirmed that Marvel Studios would be developing a TV show about comic book hero “Ms. Marvel,” a Pakistani-American teenager with superpowers. And “Eternals,” which is set to come out next February, has Kumail Nanjiani, Gema Chan, and Don Lee playing the roles of ancient alien heroes, and was directed by Chinese filmmaker Chloé Zhao. In general, representation for marginalized groups has increased across the board in the MCU, and it can all be traced back to “Black Panther.”

Without “Black Panther,” we wouldn’t have any of that. Without Chadwick Boseman, we wouldn’t have any of that. In his role as the Black Panther, Boseman became an inspiration to an entire generation and broke down barriers for a new one. He made it possible not just for Black people, but for Asians and other communities of color to see themselves on screens in theaters, saving the world and beating bad guys, as main characters and not sidepieces.

So thank you, Chadwick Boseman. Thank you for everything you’ve done. We’ll always be grateful for the gifts you’ve given us. And we’ll never forget the man who gave us them.