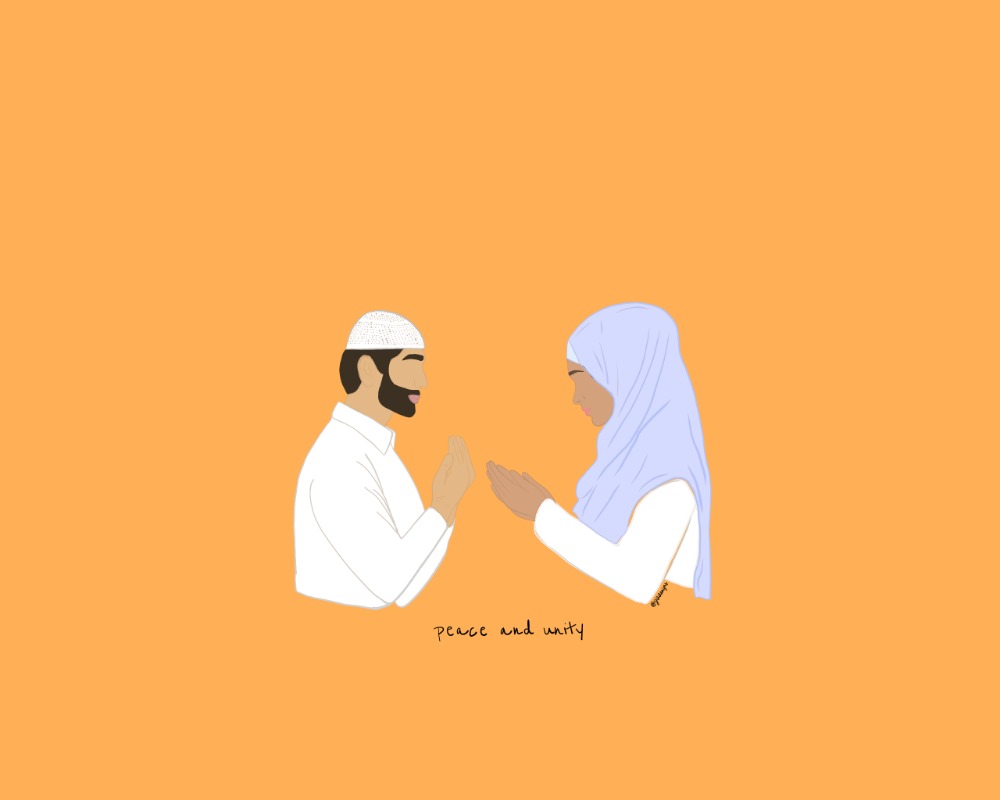 On Friday or Jummah for Muslims across the world, I woke up having preplanned my schedule for the day, looking forward to praying my salatul Jummah. Upon checking my phone I was horrified to learn about the terror attacks that took place at Al Noor Mosque and Lindwood Mosque in Christchurch, New Zealand, claiming lives of 49 people and leaving more than 40 people wounded—some of whom were children.

Inna Lillahi wa inna ilayhi raji’un – to God we belong and to him, we shall return.

It truly was a bleak day for Muslims across the world; however, I would not go as far as to say that I am shocked by this vile act of terrorism.

Last week, the U.K.’s Metro paper’s headline went as far as to dehumanise an innocent baby—that of ISIS bride British Shamima Begum’s child, who died weeks after his birth—as being a “jihadi.” The sheer desperation of media outlets to play into public fears about Muslims is deeply worrying and revealing of the dire state of journalism today. Since when can a baby choose to be a jihadi? Not only are such headlines indicative of the epidemic that is embarrassingly poor journalism, but they also serve as a stark reminder of the complete disregard of innocent Muslims, who it seems are too Muslim to be British. The aftermath of the baby’s death revealed the dark sentiment that has ensued towards innocent Muslims.

In New Zealand, the fact that white supremacist Tarrant live-streamed the 16-minute attack on Facebook is yet another indication of the role that social media public platforms have to play in facilitating anti-Muslim far-right agendas. Not only did Tarrant publish a 74-page anti-immigration manifesto called “The Great Replacement” in which he justified his decision to open fire at the mosques, but he was also cheered on by hundreds of supporters online during the live shooting. 8chan’s members—contributors of an online extremist thinking platform—celebrated the attack and lauded the manifesto’s references to niche memes and in-jokes.

Islamophobia and anti-immigrant ideologies do not emerge in vacuums. Politicians and media outlets must be called out for the role that they have played in allowing anti-Muslim and racist rhetoric to come to the aid of terrorists like Tarrant.

Tarrant’s eco-fascism comes from his fear of the so-called “invasion” by non-whites and Muslims who are “the most despised group of invaders in the west,” according to his Facebook post. In his manifesto, Tarrant confesses that he was a supporter of U.S. President Donald Trump because he represented a “renewed white identity.” This is the same Trump who also preaches that “Islam hates us.” He also condemns interventions in conflicts to protect Muslims stating that the U.S. “fought beside Muslims and slaughtered Christian Europeans attempting to remove these Islamic occupiers from Europe.”

Here in the U.K., newspaper columnist Katie Hopkins called for the “final solution” in response to the Manchester bombings in 2017.

Even if Hopkins knows nothing of Nazism – which I doubt – her “final solution” can only mean ethnic cleansing pic.twitter.com/U7SDYh4e8q

What does this say about the ease of accessibility to resources that fuel hate and racism within our society? We have become accustomed to and complicit with politicians and right-wing “pundits'” rhetoric about Muslims, which has aided the aims of neo-Nazi groups.

You would assume that given the tragedy of yesterday’s events that politicians would take this opportunity to realise that they can and must do better. I was in utter shock upon reading Australian Senator Fraser Anning’s statement in response to the attacks.

Whilst this kind of violent vigilantism can never be justified, what it highlights is the growing fear within our community, both in Australia and New Zealand, of the Muslim presence.

He even went as far as to say that gun laws and nationalist views were “cliched nonsense” — if this isn’t clear-cut Islamophobia and racism than I do not know what is.

As for the media outlets, once again, a modest approach was adopted by several tabloids to downgrade the Christchurch attacks this week to a shooting. Tabloids referred to the terrorist as simply a gunman. The Daily Mail went as far as to state that Tarrant was

a blonde little boy [who] turned into a far-right mass killer and murdered 49 worshipers after his father died of cancer and he left Australia to tour the world.

The same paper along with The Sun and The Daily Mirror ran full videos of the shooting immediately after the act of terror. Yet an innocent baby can be equated to a “jihadist” and Shamima Begum an unapologetic “jihadi bride” despite being groomed at the age of 15 and losing three children by the age of 19.

If the Christchurch terror attack has revealed anything, it is that there is deep-rooted hate towards Muslims across the world today. This Islamophobia has been aided not just by the neo-Nazis, but also by the irresponsible political class who, even in times of tragedies like this, cannot and will not take responsibility to curb the threat of white nationalism. The preservation of the “us versus them narrative” is aided by two agents within our society—click-bate journalists and out-right racist politicians. Twitter, YouTube and Facebook also have a role to play in allowing bigotry racist Islamophobic views to spread across their platforms unchecked.

We must do more to hold the media and the political class accountable for the role that they have played in promoting Islamophobia to ensure that we do not see a repeat of Christchurch.

Nadia Khan graduated from Queen Mary with a degree in International Relations in 2017. Following a period working in Vienna in human rights and in Kosovo in post-conflict resolution, Nadia co-founded award-winning NGO, The Delicate Mind which investigates how ideas of faith, masculinity and identity intersect to shape our mental health in the 21st century. Most recently, Nadia worked as a researcher at a start-up think tank, The British Foreign Policy Group, where she raised awareness about diaspora and faith communities’ involvement in UK foreign policy issues. Nadia is currently UK Coordinator for the World Youth Alliance where she organises activities on behalf of WYA across the U.K. Nadia is a board member of UK Youth Voice, where she raises awareness of key issues affecting young people in the UK.