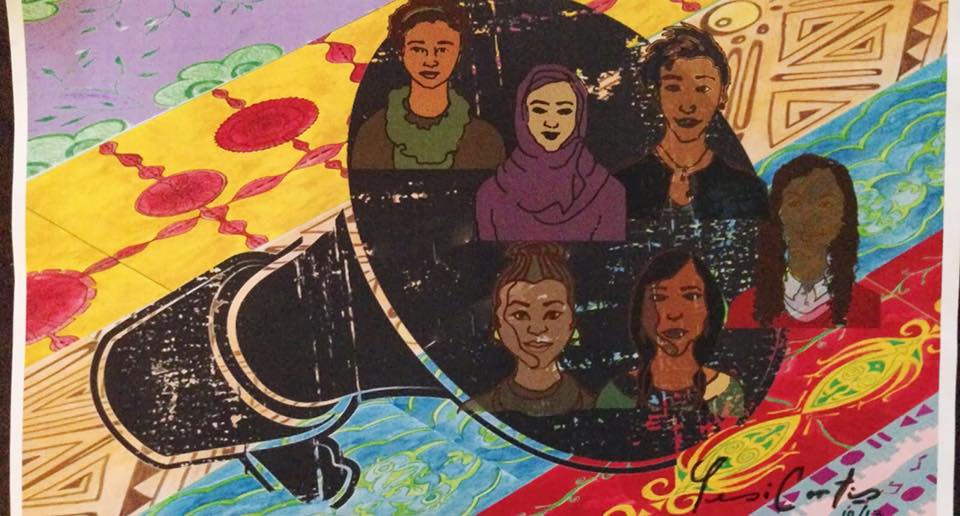 I come across the word for the first time in the fourth grade. At nine years old, I was excited to see my culture mentioned in the classroom. It was the first time I felt my identity seen and recognized in my small public school that was more than 95 percent white at the time. This memory is vivid, rendered with sharp clarity by the betrayal and embarrassment that would follow.

You see, I came across the word in my social studies reading, while we were learning about Christopher Columbus. When I raised my hand to ask whether the “Indians” in our reading had anything to do with the country I had immigrated from, my teacher’s response was casual.

“Actually,” she said, “The term ‘Indian’ just comes from a silly mistake. Christopher Columbus thought he had sailed to India, and so he called the people he had found ‘Indians.’” As a child, I remember being disappointed, not wanting to say much for the rest of the class. As an adult, I am outraged.

[Read Related: The Need to Stop ‘Columbusing’ Curry and More]

One thing we do learn, from a very young age, is that those with power are the ones who get to write history. Their choices, their language, their practices become the history. And so, while we forget of the horrific injustices that Christopher Columbus caused and represents, we do remember one thing: We remember his “silly mistake” of calling the indigenous people “Indian.” We remember it so well that centuries later, this misnomer persists, not just in colloquial language, but in scholarly articles, in textbooks, and academic curricula. A popular AP History book, ironically titled “Give Me Liberty!,” refers to Native American people as “Indians” throughout the book. In its persistence, it continues the erasure of a people, of a culture, that has suffered so much at the hands of colonists. The language of the oppressor continues to ignore the validity of an indigenous people who existed in North America long before an ignorant man came along to “discover” them.

[Read Related: What are the Deeper Implications of the Colonial Mindset of Pakistan’s Designer in Recent Photo Shoot With the Maasai People?]

The language is not only confusing, but it is also wrong. It is a symbol of the dominance of an oppressive force, it is a reminder of the people who slaughtered, pillaged, and robbed, who “won” in history’s eyes. It is a disrespect to those who were murdered. It is a disrespect to those who are still alive today. Those who continue to refer to Native American people as “Indians” uphold the language of the oppressor, and contribute to the erasure of cultures already marginalized.