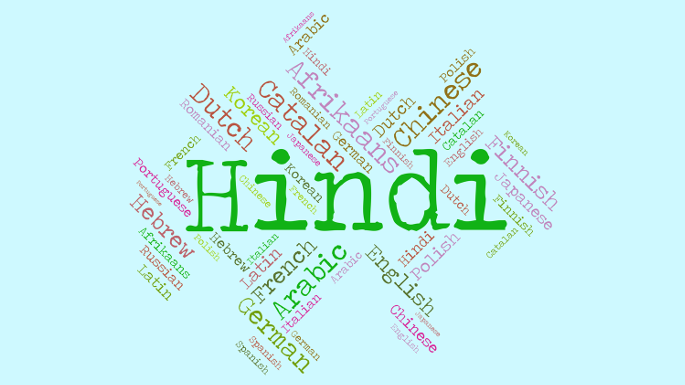 On a foreign tongue, some Indian words may sound English—but still have deeper Indian cultural roots. A few words have made their way into the Oxford dictionary by way of historical trade routes the English explored centuries ago. Culturally, these words are reflective of the strong ties India still has with the British, either in the form of chai or a pungent favorite of the British tongue, black pepper. The fragrance of spices, after all, is what brought the British to India in the first place, and later led to the establishment of the East India Company.

While elegant hookahs of burnished gold, delicately inscribed spinels, jewelled daggers, gleaming rubies and emeralds were taken by the British as symbols of their conquest, some Indian words also joined the collection of treasures when they left India after the freedom struggle ended in 1947.

Quite literally, this explains how the word loot, meaning “steal” in Hindi, became an English term—and one of the first words to become a commonly used foreign term by the British. Until the 18th century, the word loot was hardly used outside north India—it then became a popular English word, and consequently travelled to other countries as well.

Indians and the British still sometimes step on each others shadows due to the praja-raja (boss-subordinate) relationship they once had. However, it was not only during the British raj, that Indian words influenced the glossary of the globe—before the British came to India in 1615, words from Indian languages like Hindi, Urdu, Malayalam were being used in foreign languages.

Interestingly, words which we call Indian, also have come to our mother tongue via ancient Greek and Roman trade routes with India. The word ginger, for instance, comes from Malayalam in Kerala. It subsequently travelled through the Greek and Latin languages into Old French, and France incidentally later had their colonies in South India—the term then became a part of  Old English.

If ginger catered to the spicy food cravings of the royal British, India also had a lot to offer to British women who had expensive tastes in garments. “Cashmere” is a word that travelled to India via Urdu. We tend to also associate cashmere with Kashmir, a kind of wool produced by Kashmiri goats.

Another word that never existed in English is “veranda,” which means a porch outside the house, where family members usually sit and enjoy tea and snacks—almost every house in India has one. There were no verandas in English countries because of the cold weather. Surprisingly, the word veranda came to Hindi via the Portuguese.

Additionally, the word “bandana” came from the Hindi word bandhana, which means to tie. Speaking of accessories that can be tied, how can we forget “cummerbund,” which comes from the word kamarband in Hindi meaning waistband. Indian men and women wore these on festive occasions, and women in South India still wear them during weddings. Due to the hot weather in India, the British wore cummerbunds as waist sashes instead of waistcoats—initially this was adopted by British military officers and later the practice became a fashion among civilians.

Tropical weather in India influenced the British vocabulary even further. The word “pajamas” is also an Indian word with Urdu and Persian origins. Broken down, “pay” means leg and “jama” means clothing—pajama thus refers to a pair of loose pants worn by both men and women as night garments.

All languages are constantly evolving—the biggest ongoing example of this is the latest wave of social media and smartphone lingo. Words like selfie, WiFi, email and ping, have become commonly used terms in the English language and we have welcomed them with open hearts and tounges.

As people from different backgrounds continue to live together as a community, vocabulary exchanges will continue to influence languages. What is fascinating is that these linguistic influences reveal the trade and cultural footprints of the past.

Freelance web content writer and editor in San Diego, Calif, Poorvi Adavi is inspired by observing people around her. More so, she basically likes being aware of things happening in the world. She completed her Masters in Communication from Christ University and also has a Business Management Certificate from U.C. San Diego.