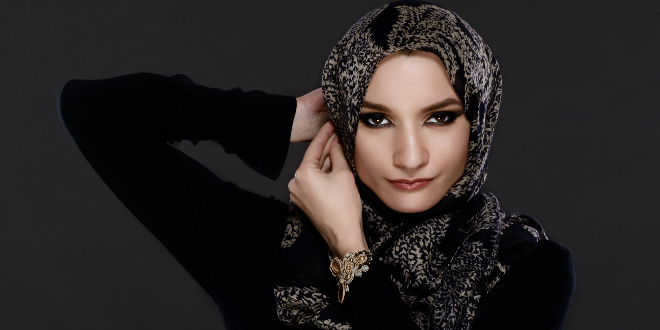 The following piece is an anonymous submission.

When I was five-years-old, I was introduced to the concept of hijab. My mom wore it, my aunts wore it, the ladies at the mosque wore it. It was a central part of my childhood and I loved the idea of it.

I grew up in a very conservative Pakistani Muslim household. Daily prayers, fasts, recitation of the Quran and dua’s, were rituals I looked forward to. I decided on my own, with absolutely no pressure from my parents, to take on the hijab at the age of six. Let’s just say, I was the golden child of my family.

Growing up, I always knew my boundaries. I had a clear sense of right from wrong and I always made sure I did the right thing. I feared God immensely. What would be my punishment if I was seen hijab-less, I often wondered.

I remember once a religious cleric said, “every step a woman takes without her hijab on is a step closer to hell.”

That thought completely terrified me as a child. I read books and heard stories of what the punishment would be, of going astray. And I never wanted to be that girl.

As a child, I had no problem donning the hijab. I loved my hijab and I wore it with pride. Even after the unfortunate events of 9/11, I remember my mother asked me if I wanted to take it off. I proudly insisted I wanted to wear it.

As I reached adolescence and became more self-conscious, my relationship with my hijab changed.

At first, I judged other girls that did not wear the hijab. Conversations such as, “OMG, I can’t believe she wears short skirts, that’s a sin,” “I can’t believe she has a boyfriend” or every mean girl’s all time favorite remark “wow she’s such a slut,” often took place. Saying these things didn’t make me any better than those girls, it was just a self-esteem issue.

Deep down, past my judgmental exterior, which I felt I had a right to since I was a hijabi, I was secretly envious of all those girls. I was resentful of girls who lived normal teenage lives, filled with social events, makeup, cute clothes and lots of boys.

During my sophomore year of high school, I befriended a girl at the mosque, who I will hence refer to as Laila.

Laila possessed all the qualities I wish I had within myself. She was rebellious and a risk taker, who did whatever she wanted. It didn’t hurt that she was beautiful, as well. Laila was the ultimate bad girl. If she wasn’t switching boyfriends, she was cutting class and smoking pot, if it wasn’t that, it was doing something crazy, like getting arrested!

All the boys desired her, she was cuckoo and I wanted to be just like her. The only obstacle preventing me from living my own life and partaking in more rambunctious teenage experiences was my hijab.

A part of me was incredibly rebellious and yearned for freedom, but with my hijab along with my super strict parents, I felt restricted. I wanted a boyfriend, I wanted to be desired, I wanted to have a social life. I just wanted to be a normal teenage girl.

Slowly by slowly, and after a lot of thought, I decided to take it off. It began in baby steps. I would sometimes take my hijab off when I went to the mall, just to see how it felt. I felt incredibly guilty, but at the same time, it was kind of exhilarating.

I was an incredibly honest person. It didn’t sit right with me wearing a hijab and doing things that weren’t halal, although looking back I didn’t do anything especially haram.

I decided the summer before junior year of high school, I would take off my hijab.

I broke the news to my mom. She was not happy at all, to say the least. I got yelled at, screamed at and she didn’t talk to me for two weeks. I felt awfully guilty, for making her upset, but I stood by my decision. I didn’t feel like I was pious enough to represent the hijab. My actions, the way I spoke and acted, did not correspond to the way a hijabi should act and I did not represent Islam the way it should be represented.

Taking off the hijab was a hard decision to make. No one supported my decision in my family. I was looked down upon by my immediate family and my relatives. It was such a shocker to all. I remember consistently having to defend myself and my reasons for removing my hijab, and it was really hard to deal with people judging you, at the age of 16. It was a difficult thing to go through and it became hard staying true to myself and not breaking down. My home life dramatically changed and my parents got even more strict. I was not to be trusted.

In school, I received mixed reactions. There was a lot of gossip from the Muslim girls talking about how I had taken off the hijab, it was a lot of back-biting. I guess it was karma, in a way, since I used to talk badly about other girls for doing haram things when I was a hijabi as well. From others, I got complimented on how nice my hair was. It was kind of nice being able to do my hair, wear makeup and get dressed up, for once.

I always felt like a bad person for taking off my hijab. That is, until senior year when one of my best friends, who was also a hijabi, backstabbed me and starting talking to a boy I liked behind my back. I felt betrayed. How could someone so pious, someone who prays, reads the Quran, is active at the mosque, end a grade school friendship over a boy? I was puzzled and heartbroken.

During that same year, my friend Laila, decided to run away from home, smoked a whole bunch of cocaine, was caught shoplifting and cheated on two of her boyfriends. As I matured throughout my senior year, I realized she wasn’t someone I wanted to be either (to put it mildly).

Through both of my best friends, I ultimately realized the kind of person I wanted to be. It also brought clarity into my black and white world of right and wrong that I was once so adamant about as a child.

Growing up, I was always under the impression that Muslims were good and everyone else who did not follow Islam were also good, but not as great as Muslims. I also thought heaven was made exclusively for Muslims, and all other religions, especially polytheistic ones, would not be allowed admission into the pearly gates. I made sure I only made Muslim friends, and I definitely stayed away from anyone who was polytheistic or atheist. I was under the impression they had gone astray and were the work of Satan himself. It sounds silly thinking about it now, but that is what I really thought.

My whole world was shaken when this perception was broken by both of my Muslim best friends. Both of them had one way or another backstabbed me and both committed sin. I yearned friendship, to be accepted and genuine company. How ironic was it that I found the companionship I craved with people that ascribed to a different faith and lifestyle than me? How were they so kind, thoughtful and true, while my Muslim friends were not?  To this date, almost 10-years later, those girls are still my best friends.

I took off my hijab during my junior year of high school for incredibly shallow reasons. However, that one action led to my life and my youth being shaped in a completely different way. I don’t think I would have come to a lot of conclusions, or learned so much about myself if I didn’t take off the hijab. I don’t think I would have been able to explore my rebellious nature, meet people from other backgrounds or faiths, and get rid of my judgmental attitude if I was still a hijabi.

I deeply respect those that have the courage to put it on every day. But for those who are on the fence about taking it off, it is a difficult challenge.

If you truly do not feel happy wearing it, or have constant recurring thoughts about taking it off, then it might be worth a try to see how it feels, it might just help you find out who you really are. And if you need advice on the topic, please comment below.