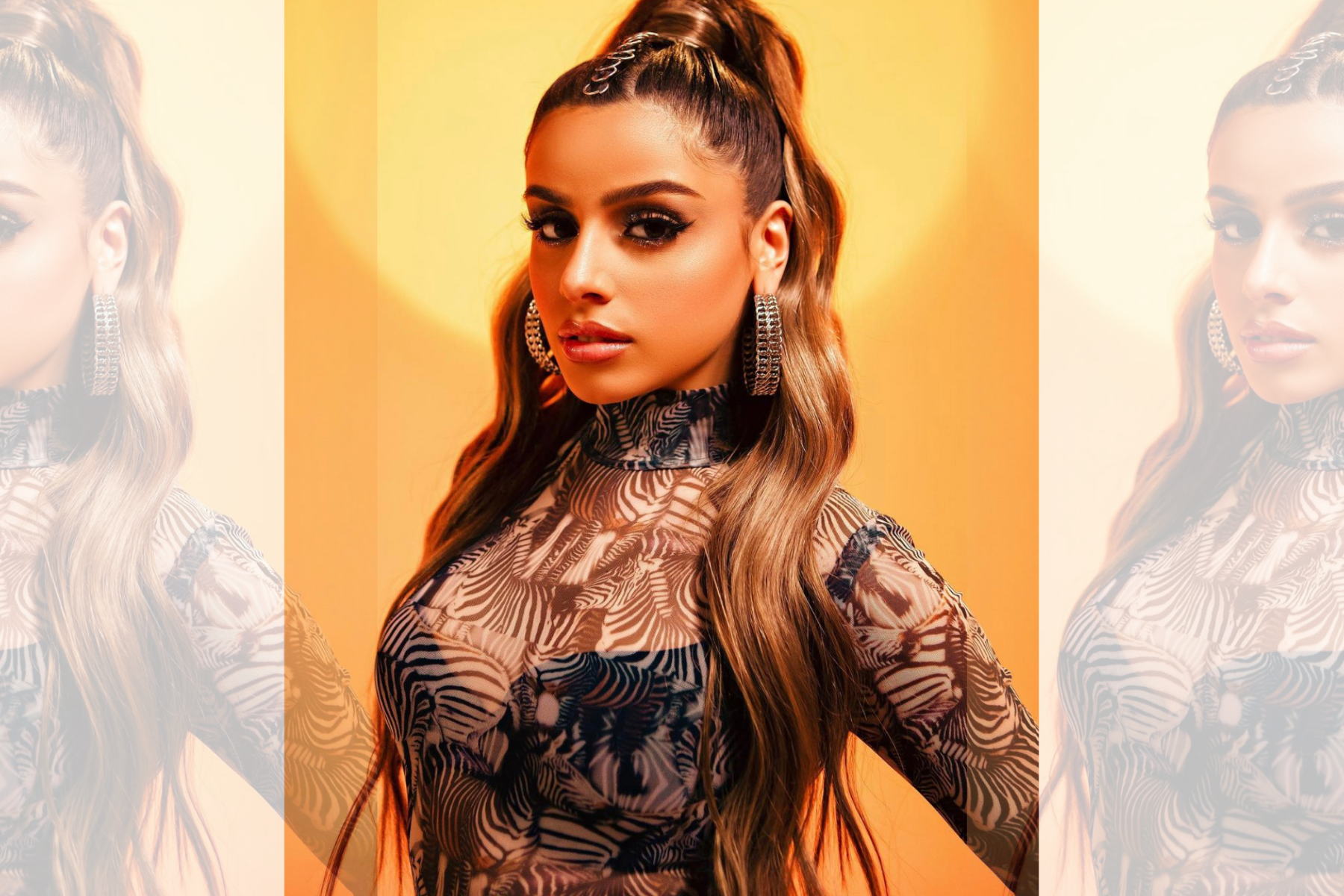 I have a ritual when I settle in to watch Marvel movies. My phone is in another room. I get comfy in my favourite seat, crank the volume up and get lost in whatever world the latest film transports me to.

“Eternals” marked the introduction of new characters and notably, the most diverse cast Marvel Studios has recruited. The inclusion of an entire Bollywood dance sequence was something I didn’t expect — in addition to a Brit-based South Asian singer leading the way with the only original playback song.

Born in Australia, Celina Sharma moved to the U.K. at the age of 16 to pursue her passion for music. The singer-songwriter now splits her time between London and Los Angeles as she continues to craft her career.

Co-writing and singing the only original song for a Marvel film is a career-defining moment. How did it all come about? Sharma explained,

Through social media, the director of “Eternals,” Chloe Zhao saw me singing covers on Instagram, and it started from there really. To be given this opportunity to be a part of the soundtrack for “Eternals” feels so surreal as I’ve grown up watching Marvel films and have always been a fan.

Writing and singing a song for a Bollywood sequence in a Marvel film is no easy feat. The pressure to maintain that balance of staying true to the storyline but also seizing the opportunity to represent South Asian culture must have weighed on Sharma. How did she come up with a song that satisfied both needs?

We were given a description of how the scene would be like, so I had some inspiration to guide me for the lyrics of the song. I wanted to incorporate some Indian influences to the song as the scene had a Bollywood vibe. There was lots of dancing involved, so I felt that the track should have some catchy upbeat moments to suit the mood.

Listening to any of Sharma’s songs, you’ll immediately notice how smooth and powerful her voice is. Her distinct sound becomes easy to place, the more and more you listen to her and while you get an idea of the kind of sound she’s looking to evoke, there was more to the original number than just lending her voice.

Whilst I was writing the song, melodically I wanted to add a bit more flair with the use of ad-libs and harmonies. As the song was more upbeat and lively I wanted to deliver an energetic performance, so people could capture the mood of the scene.

Music platforms and social media present a different measure of success for music now. Something Sharma recently experienced with her song “24/7,” which amassed a whopping 50 million global streams.

I was surprised of how quickly 24/7 grew globally on TikTok and Instagram reels trending in markets that I could never have imagined, such as Indonesia to Germany. Over one million videos have been created using the song in less than a month, which is crazy. Seeing “24/7” being listened to globally now is such a blessing, and I am so happy to see that people are connecting with the song in the way they are. I’ve received so much love and support, which I’m grateful for.

It’s a positive sign, especially for an artist with South Asian heritage breaking into the mainstream music industry. Creative careers are often frowned upon by the South Asian community or discouraged completely, however, there’s no denying Sharma’s talent and passion.

Along with the cultural challenges surrounding creative careers too, Sharma is equally aware of the challenges within the industry too.

As someone that is half-Indian and an artist that wants to have mainstream success, one of the main challenges is that when you look at the Billboard charts or Hot Hits playlist on Spotify, you will rarely see anyone that comes from a South Asian heritage. There is and has been a real lack of role models for South Asians in the mainstream when you take into regards the global “South Asian” population.

We’ve seen recent breakthroughs with the likes of Tesher’s “Jalebi Baby” and other South Asian talents like M.I.A and Charli XCX. However, if there are so many passionate South Asians music artists waiting in the wings, what’s stopping the mainstream industry from investing and developing more of this talent?

One of the main reasons I believe is that the industry doesn’t really understand the South Asian culture and how to position that for the mainstream,  due to a lack of knowledge, expertise and experience within the major buildings. Artists who have had global ambitions are often boxed in as just “South Asian” artists for a South Asian audience rather than looked at as global Top 40 artists for a global audience.

One thing’s for sure, Sharma’s work with Marvel’s “Eternals” won’t be staying in a box. The opportunity is one she reflects on fondly.

There’s been a lot of highlights so far, but if I had to choose one, it would be attending the “Eternals” premiere in Los Angeles and the chance to see the amazing Angelina Jolie and Salma Hayek, then watching the movie and to see my song in the film was such a proud moment for me!

At only 19 years old, Sharma already shows a self-awareness about the struggles South Asian artists face, which she says she’s overcome “by having the right management and now with an independent label that understands my vision.”

If her current work is anything to go by, Sharma’s vision is only going to grow from strength to strength and will serve as an important blueprint for emerging South Asian musicians.