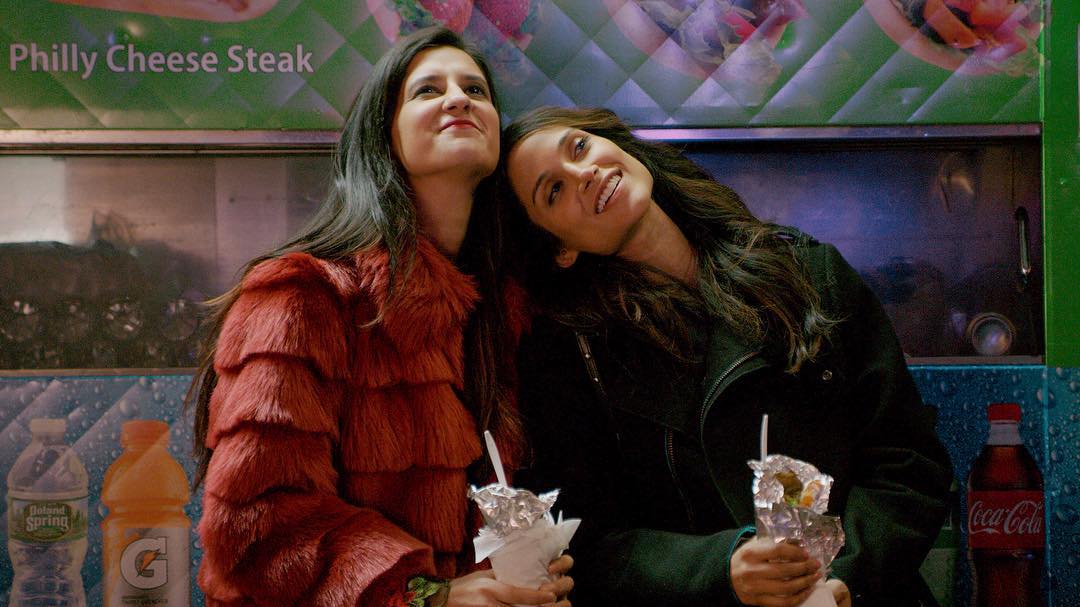 Two brown girls taking over television sets. Sounds a little out of place, but long overdue, right? Especially the two-part. While “American” is definitely a part of our diaspora identities, so is “Indian,” which means we have relationships with other brown people and our heritage, the realities of which are next-to never represented in Hollywood. All that will hopefully change with the new series “Surina & Mel.”

As television gets better at representation, we relatively often see lead characters of South Asian descent and problematically, token characters derived of stereotypes, but rarely do we get to enjoy the dynamics of a relationship between two brown characters who wholly embrace their hyphenated identities. “Surina & Mel” does that and much more.

The show stars Surina Jindal and Melanie Chandra as best friends, a premised developed from their real-life friendship.

We met in LA in 2011 and have been friends ever since. A few years into our friendship we began collaborating on writing and performing sketches and since then grew closer due to our shared sense of absurd humor, they said.

In developing the pilot for “Surina & Mel”, the women worked with “Modern Family” writer Sameer Gardezi, who wrote their pilot. They enjoy the collaboration because of the shared vision they have for the project, and added that their friendship has grown stronger as a result because it’s another “excuse to hangout without letting busy adult life get in the way.” Relatable.

[Read Related: #NoMoreBoxes: The Story of Four (South Asian) American Actresses on the Path to Stardom]

But the story of these brown women faced a roadblock, like many of ours. Theirs was that no Hollywood production company stepped up to produce the show. Jindal and Chandra said:

There’s still a disconnect with what the industry says they want and the actions they take. Perhaps at the time they felt a show with two-brown females as comedic leads was a risk and no one wanted to be the first. It’s not every production company’s mandate to support underserved voices, but we are finding that each year the industry is becoming more progressive towards serving the female voice and people of color, and we just hope it’s not a ‘trend.’

They also revealed how that show many have been different if a production company had picked it up. Of course, it might have meant a bigger budget, it also could have meant concessions in regards to casting and the creative team. Regardless, Chandra and Jindal agreed that they would not have compromised on making the story authentic to their audience.

They also joked that their independence allowed them to ensure their own characters were not recast, which I believe would have been a travesty because their chemistry (as evidence by their Instagram stories) is hilarious, real, and deserving of an even bigger platform.

Another perk of producing their pilot themselves meant they could choose a creative team that reflects the ideals of their content. Having people of South Asian descent in front of the camera without having the same behind rarely, if ever, leads to authentic and quality representation, but in the case of “Surina & Mel,” their team was made up predominantly of women and people of color. The stories they are telling are ones they have lived and understand.

We think there was this unspoken agreement that we were all part of something greater. A true sense of purpose that this wasn’t just about having a gig to work on, but about creating a piece of work that could elevate all of us as creatives in an industry where there have been so many barriers to rise. It was a lot of fun and meaningful for everyone at the same time, said Jindal and Chandra.

They also stress how important a good team that compliments each other’s skills is to completing the project, especially when doing it without the support of a production company.

We’re a seasoned team, having worked in the industry for over 10 years. Sameer has written on several network shows (and has a long beard), Melanie just got off of a run as a series regular on ‘Code Black’ (and is obsessed with google docs), Surina is an award-winning producer (who makes sure no conversation is serious for too long), and Abi Varghese, our director, already had a show, ‘Brown Nation,’ airing on Netflix.

They also added that it is totally possible to pull it off on your own, as long as you have a vision:

We knew that this show needed to exist, and if no one could see it, we had to show them. What helped even more was bringing the right team together that also believed in the vision.

When it comes to the future of “Surina & Mel,” their pilot has been completed and they are looking for a permanent home for their project. Ideally, what they’re looking for is this:

Somewhere that’s progressive, has a global reach, and will give us the creative liberty to take risks with our storytelling. The last thing we want to happen is to have our vision be stripped down to appeal to the masses. We also want to get the show out sooner-rather-than-later so we want to go with a platform that won’t keep us in development for years before going into production.

I definitely cannot wait years before getting to enjoy “Surina & Mel.” And the social media buzz that has developed since the announcement of it proves there is a thirst to see unique characters telling real, relatable stories on screen.

Hopefully Hollywood picks up on it. Soon.