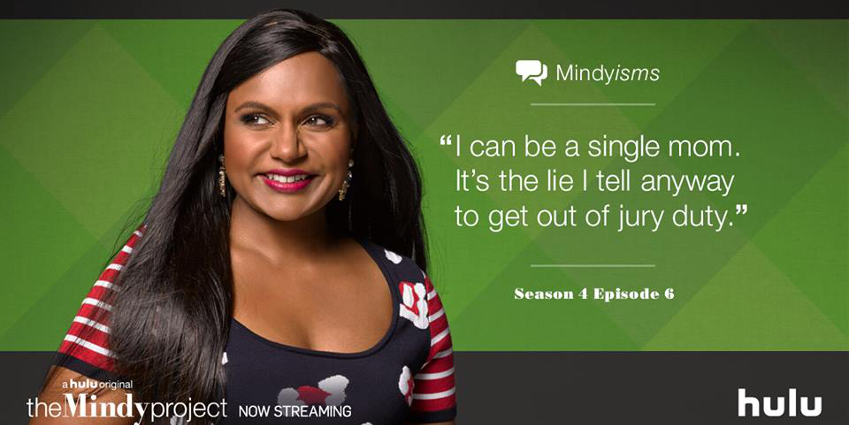 Unfortunately for us die-hard Mindy Lahiri fans,  she was not featured much in last week’s episode. Instead, we get to travel with Danny Castellano and Morgan Tookers across the country. The two “friends” are taking a long road trip from New York to California, but the journey doesn’t pan out as expected.

As soon as the dynamic duo reach New Jersey, Danny tries to get rid of Morgan at a random motel. He has plans to make a little detour during his trip to California and doesn’t want Morgan in the way. The reason for his detour is—a big, fat secret. Danny refuses to tell Morgan why he wants to make a stop in Oklahoma and this, of course, makes Morgan want to know 100x more.

Unable to get rid of Morgan, Danny reluctantly allows him to come along for the remainder of the journey. And, on their way to Oklahoma, Morgan vomits (twice) in the car and continues to bug Danny (as usual). Once they finally arrive in Oklahoma, Danny tries to trick Morgan and leave him at the grave of Eddie, the dog from the TV show “Frasier.” He rushes off to his car to finally head toward his “secret mission” and drives up to a house. Morgan catches up to Danny on a bicycle just in time to watch a teenage kid step out of the home and say to Danny, “Dad, is that you?”

So Danny’s big secret is that he has a son named Eric, who he never knew about before—the mystery kid reached out to Danny via email. Apparently, Eric’s mom and Danny had hooked up once in 1999, at a concert.

Now, Eric wants to get to know Danny and prove to all of his friends that he really does have a father. As Eric and Danny are bonding as father and son, Morgan uses his investigative skills to find out that Eric’s mom, Evelyn, has been lying. Eric is not really Danny’s son, but she doesn’t want to tell him because it would ruin his 16th birthday.

While Morgan is urging Evelyn to tell the truth, Danny is showing Eric pictures of Mindy and baby Leo. Eric starts to get upset that he did not have a perfect family growing up and throws a punch at Danny. Evelyn rushes out and finally tells the truth. Once Danny finds out that Eric is not really a Castellano, he drives off even though Morgan tries to convince him to stay for Eric’s birthday party.

While in the car, Danny calls Mindy, who is still in New York with cute and chubby baby Leo. Mindy puts Danny on speakerphone so that he can talk to Leo, who is crying. After Danny soothes him, Mindy asks Leo, “Aren’t you lucky to have such a great dad?” It’s at this moment that Danny has a change of heart and decides to go back to Eric’s birthday party. There, he pretends to be Eric’s father in front of all his friends and even gives him his car as a birthday gift!

The whole experience was valuable for Danny because it made him realize that he needs to fix his relationship with his father instead of just going to California, getting him medical help, and then leaving. It seems like next week’s episode might be part two of this long road trip, or maybe we’ll jump right into Danny’s experiences in California!

Are you looking forward to hilarious interactions between Danny and Morgan, or are you dying to see Mindy on screen?