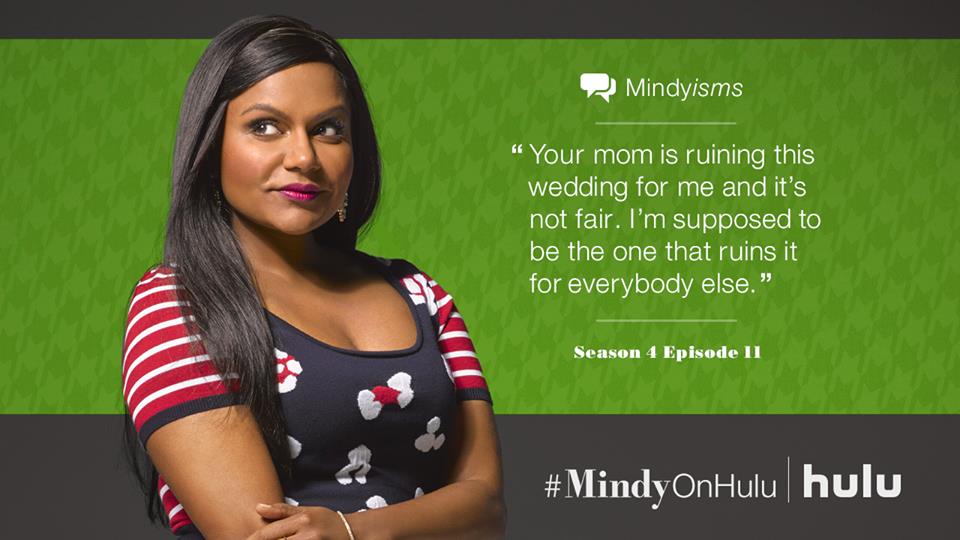 Last week’s episode begins with Danny Castellano telling Mindy Lahiri he has a gift for her right when they’re waking up in the morning. Mindy opens the little box he gives her and sees a date (the dried up fruit), and confuses it for a cockroach.

This is Danny’s weirdly cute way of telling Mindy that he wants to pick a date for their wedding. Of course, Mindy jumps and starts wedding planning immediately. The only person who gets in her way is, of course, Annette.

As usual, Danny’s mom Annette has her own idea of how the wedding should be planned. At first, Mindy is annoyed that Annette is taking over the planning process, but Danny tells her that it’s only because she doesn’t want to feel left out like she was with Danny’s first wedding. So, Mindy, who feels bad for Annette goes along with her wishes in an effort to make her feel included.

At work, Jody is pressuring Mindy to come on a business trip with him for their “Later, Baby!” business venture. Mindy tells Jody that she cannot attend because Danny is back and he doesn’t know that Mindy wants to keep working.

As if things couldn’t get more complicated or dramatic, Mindy’s parents show up at her home as a surprise. They want to throw her an engagement party, which causes Danny to worry since he knows that Annette will feel threatened by them. Mindy assures him that they can keep her parents and Annette away from each other during the party and that everything will be fine.

Mindy’s parents have decked out their place with colorful decorations and flowers for the engagement party. As Annette and Mindy’s mom battle each other for attention from the guests, Danny finds out that Mindy is in business with Jody and is also working at the fertility clinic, while doing her regular work as a doctor.he fertility clinic and doing her regular work as a doctor. Danny insists that Mindy quit her job, well jobs rather, and stay at home with baby Leo because having family around is so important to him. Mindy responded with the option of Danny putting off his career and staying at home with Leo if it’s really that important to him.

Danny and Mindy aren’t the only two having it out at the engagement party. Annette is furious when Mindy’s mom, Sonu, announces that she and her husband have decided to pay for the whole wedding-which is going to take place in Boston.

Despite the dramatic fights of the party, the next day Annette actually encourages Mindy to go on her business trip with Jody. She tells her that she’s only been jealous that she wasn’t able to do everything that Mindy is doing now.

So, Mindy goes off on her trip without telling Danny. When she’s gone, Danny seems to come to his senses after Mindy’s dad tells him that Sonu resented him because she had to put her acting career on hold so that they could stay at home and take care of Mindy. He explains that Mindy is a better doctor than Sonu was an actor, which is why it’s so important for her to continue pursuing her career.

Heeding his words, Danny goes to Southern Legacy University, where Mindy and Jody are presenting together, to surprise Mindy. When we finally begin to think that Danny has finally fully come around, our hopes are crushed. Danny tells Mindy that he thinks what she’s doing with her “Later, Baby” project is great but that she should do it only on the weekends as a hobby.

He even mentions how he has planned for them to have another kid soon, which is something they haven’t even discussed yet. Mindy is overwhelmed and doesn’t know what to say. The episode leaves off at a somewhat awkward moment with Mindy pondering on what she really wants.

What’s going on with Mindy and Danny’s relationship? Do you think they can sort out their differences regarding work and family life?

Catch this week’s episode on Hulu and don’t forget to read our review on the latest Mindy episode next week.