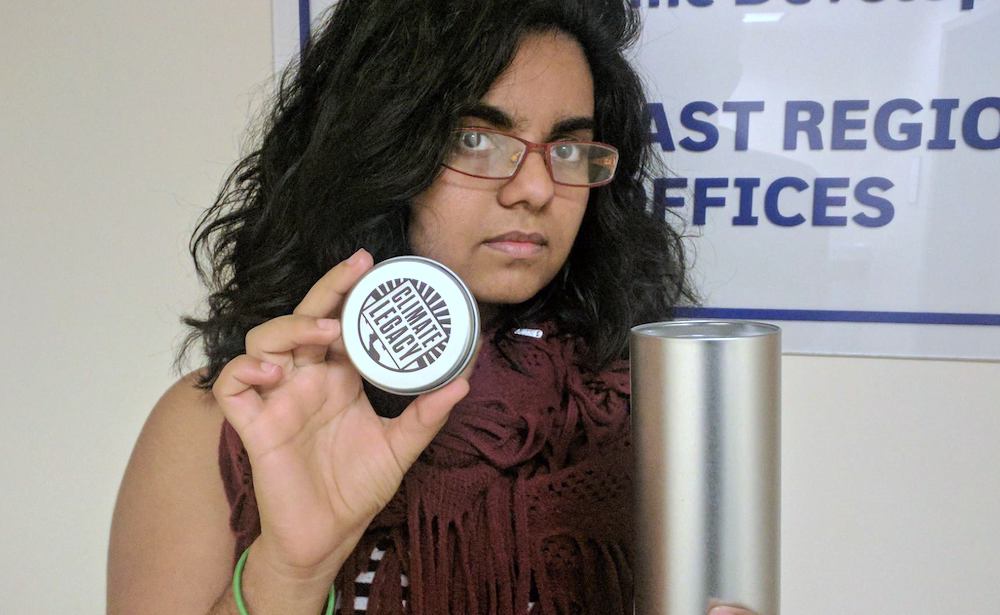 I’m 21 years old, and my generation is facing a crisis. In recent years, I’ve watched as more weather events have made history as some of the costliest, deadliest, and most destructive natural disasters ever. From the wildfires in California and the hurricanes along the Atlantic coast to the floods in the Midwest and a polar vortex across the Northeast, we have seen, in short, the devastating effects of a climate catastrophe. Concurrently, Americans are plagued by skyrocketing economic inequality, with my generation facing underemployment and record levels of anxiety and depression. And in 2018, scientists from around the world delivered an irrefutable verdict in a 700-page report on the impacts of global warming: We have 12 years to make a sweeping transformation.

For some people, these dismal realities invoke feelings of indifference, apathy, sometimes even denial of what is scientific fact.

But I’m hopeful, and I believe that we can avert a doomsday scenario if we work together. Because the truth is that we have no other choice.

I’m fighting for a different tomorrow with the Sunrise Movement, a movement led by young people not unlike me, who are scared for their homes and future and determined to stop the climate crisis. On Nov. 13, 2018, and in the absence of courageous moral leadership, we took it upon ourselves to demand the solution we needed: a Green New Deal. Along with Rep. Ocasio-Cortez, 250 Sunrise activists held a sit-in at House Speaker Nancy Pelosi’s office calling on her to take action in response to the climate crisis and to support a Green New Deal. The proposal calls for a 100-percent transition to clean and renewable energy by 2030, a total transformation of our energy, transportation, and infrastructure, a federal jobs guarantee to everyone who needs one and investment in the communities hardest hit by the climate crisis. It is the only proposal that meets the scale of the climate crisis, and in November 2018, nobody had ever heard of it.

200 strong with @ocasio2018 standing shoulder to shoulder with us, we did something HUGE together Tuesday. We have 12 years to stop the climate crisis. We demand bold action now, and that means adopting a #GreenNewDeal platform. Join the launch call TONIGHT @ 8pm EST bit.ly/stepupcongress. Credit to Sam Quigley, Nelson Klein for video and production.

Our protest made headline news, and the Green New Deal burst into the public eye. With climate change now a hot-button issue, our movement had totally transformed the political landscape. The Green New Deal, a visionary, transformative solution needed to stop the climate crisis, became a rallying call to action for people across the country.

Meanwhile, my finals were around the corner — but so was some of the most rewarding, joyful work that I had ever done. With thousands of people asking how to get involved, I could see American politics changing before my eyes and that there was this groundswell of untapped energy. So I decided to do something I had dreamed of but never dared to do: take a semester off school and organize full time with Sunrise.

As a young Indian woman, taking a semester off school wasn’t exactly normal. My parents were supportive but naturally a little skeptical.

But my values, my commitment to stopping the climate crisis — they aren’t despite my South Asian identity, they’re because of it.

I grew up in Minneapolis in a community surrounded by graduate students and other young immigrants like my parents. When I was young, my favorite evenings were those when everyone would come over, and I’d dance, be picked up and swung around, show off my hula-hooping skills, and try to play ping pong with the adults. On Saturdays, we’d drive out to Saint Paul, where I’d take my Hindi lessons and mix up gulabee with jalebi. And every summer, we would go back home to Kerala. I’d read heaps of Enid Blyton books and play in the streams running through our farm with my cousins. When it rained, I’d run outside to bask in the fresh showers. Following my grandfather out into the parambu, where he collected the rubber sap from our trees, I’d watch as the rubber was wound out into sheets and hung to dry in our courtyard, its stench heavy in the air. And the food! Puttu and dosa, the fresh, sweet little bananas, and the ethakka appam — I ate to my heart’s content. My identity, my home, and the family who raised me have shaped who I am today. And perhaps most of all, they’ve shaped my awareness of the climate crisis, of what it looks like and who it threatens.

I fight because my home, my history, and my family are at stake.

After spending much of my freshman year in college educating myself on the climate crisis and becoming involved with my school’s fossil fuel divestment campaign, I decided to spend the summer of 2018 in Delhi to researching its infamous air pollution. The more I uncovered, the more I realized that Kerala and the regions of South Asia are already being hit by the climate crisis — and being hit hard.

In my first week in Delhi, the levels of pollution broke the scale. In contrast to the clean, fresh air of Kerala’s countryside, Delhi’s smog was hot and heavy, the air so dusty, the horizon was invisible past the yellow haze. The scorching heat and air pollution crawled on my skin, and I thought: This is what climate apocalypse is going to feel like. It’s already here.

In 2018 report, India claimed seven spots on a list of the 10 most polluted cities in the world, with the Delhi suburb of Gurugram at the top. Air pollution was responsible for 4.2 million premature deaths in 2016, according to a report by The World Health Organization, almost 300,000 of which were children under 5 years old. When compounded by the effects of heat waves, like the one in 2015, which killed 2,500 people, it’s a recipe for disaster.

But air pollution is just the beginning. The summer I spent in Delhi, my home of Kerala became victim to climate destruction when it was hit by the worst floods it had seen in 100 years. The floods killed more than 400 people, displaced more than 1 million, and cost around $2.5 billion in losses.

I was glued to my phone that week. As the videos from WhatsApp came in, I watched the landslides sweep away Kerala’s beautiful hillsides. I watched as people cried out for help in Malayalam. And I watched the beautiful clear waters of my childhood turn a muddy, murky brown.

My family was safe, but only barely. While I was so grateful, I was also so aware of our luck — the luck that so many others didn’t have, of the hundreds of thousands of people in refugee camps, their homes and livelihoods lost to them.

I knew, then, that it would take months to recover, and I knew, too, this was the first of many disasters to come.

The waters of the Himalayas are melting, causing both floods and water shortages. While deadly floods have wreaked havoc in Bangladesh, Chennai, Bihar, and Varanasi have also seen deadly flooding droughts have driven farmers to take their own lives in other areas. By 2100, parts of South Asia will be uninhabitable due to rising temperatures.

But it doesn’t have to be this way.

The World Economic Forum has released a report announcing that India, Pakistan and Bangladesh are three of the four countries most vulnerable to the impacts of climate change.

To my fellow desis, to the children of a diaspora: I’m fighting this crisis because our home is at stake. Because we have been raised with deep ties to families that spread out across oceans, and we have been taught that blood runs deep, that we take care of one another and family means everything.

In the face of the climate crisis, it can be easy to feel powerless. There are thousands of small steps we can take in our lives: recycling and composting; using public transit; eating less meat; joining a community solar garden; and much more. But while these actions do add up, it can be difficult to feel like they’re enough, given the scale of the problem we face. In the face of Delhi’s smoggy skies, in the face of Kerala’s floods — facing them down alone felt impossible. But facing them down with a movement at my side — that feels powerful. That feels like we could win.

This past weekend, 38 young people came together from across the country to launch Sunrise Movement at the first ever Sunrise Orientation Training. We are building an army of young people to stop climate change and create millions of good-paying jobs in the process. We will unite to make climate change an urgent priority across America, end the corrupting influence of fossil fuel executives on our politics, and elect leaders who stand up for the health and wellbeing of all people. Together, we will change this country and this world, sure as the sun rises each morning. #HereComesTheSun Join the movement through a 1-hour online training. Link in bio. ?: @survivalmedia

History shows us that it only takes 3.5 percent of the population to engage in nonviolent action in order to create widespread societal change. Whoever you are, wherever you are, however much time you can give, there are dozens of ways to build towards a future for all of us. Maybe that looks like starting or joining a Sunrise hub where you live. Maybe it looks like donating money or meeting space. Maybe it looks like talking to people at your workplace about climate change and the Green New Deal.

We’re fighting for a future that is common sense —one where our families and homes are safe, where our air is clean, where our children can know where they came from instead of looking back on a destroyed homeland. And it is a future entirely within our hands.

Arunima Shiney-Ajay is a 21-year-old from Minneapolis, Minnesota. She grew up visiting her parents’ home of Kerala and was taught by her family and community to care for the people and the world around her. Aru is currently taking a semester off school to work as the Trainings Director for Sunrise, a movement of young people working to stop climate change and pass the Green New Deal.