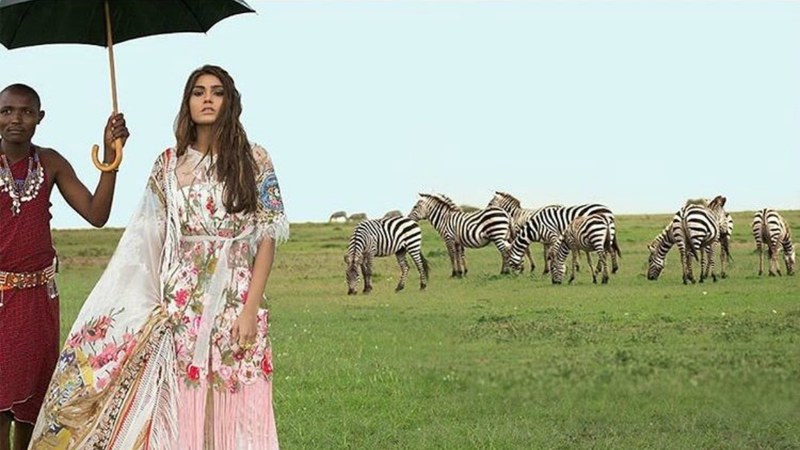 At age ten, I was on a safari in Maasai Mara, Kenya when, at one of our stops, a flood of Maasai women in ethnic clothing surrounded our van and attempted to sell us handmade jewelry. They seemed to be waiting for every passerby with the hope they may be interested in buying their goods. “Could I buy one?” I asked my parents not caring if it was a big or small piece of jewelry. They declined, informing me that to buy from one seller when there was more than a dozen, was simply not fair.

At a young age, this resonated with me and I chose not to argue. Though it was a perfect moment for us to get out of our van, and buy a piece of jewelry or even pull out a camera to take a photo of these beautiful women, we did not; my parents would have scolded me for taking photos of these women, objectifying them as if they were just like the zebras and gazelles along our safari. Thus, when others may take opportunities to objectify or utilize the Maasai people as ‘exotic’ creatures and thus capture them on camera, it gives messaging of animals at a zoo.

A couple of weeks ago, when Sana Safinaz released a sneak peak of their 2018 Spring / Summer collection inspired by the Maasai people of Kenya, they disrespected those they were inspired by, in the name of fashion. In their local photoshoot, they utilized animals in the background, as well as Maasai people in various poses, which many considered cultural appropriation and highly insensitive, if not elitist. Upon reflecting on this, what bothers me is not that such behavior lacks both consciousness and awareness without the understanding of repercussions, but that we as a society have not moved past the ways of our colonial past.

Additionally, this is not the first transgression made by this designer, as a few years ago there was a similar public response with another series of photos shocking a lack of learning based on mistakes. Most importantly, we have not moved past the teachings of our colonizers, who left us, instilled with colorism and division, rather than solidarity and self-love. The photoshoot of light-skinned models with brown hair in power poses is juxtaposed against Maasai people in ethnic clothing in subservient poses. This contrast of power dynamics creates a structure of immediate inequality, further depicting a relationship between the colonizer and natives, or Anglo royalty and their servant class. It is often in our colonial past that darker skinned people were labeled as the lower class compared to their lighter-skinned counterparts. Furthermore, it is throughout history, that those from Sub-Saharan Africa, and the diaspora thereof, have been affiliated with savage like qualities, which are then used as a means to justify their lack of worthiness to liberties and privileges that may have been granted to them otherwise.

Upon realization of their overstepping and objectification, or what seems more like a response to public outcry, the famous high-end Pakistani designer, Sana Safinaz made an attempt at an apology sounding response, several days after photos were released previewing their 2018 Spring/ Summer collection.

“We are proud of the work we did and stand by it” – Sana Safinaz on the latest controversy – https://t.co/011g4Zb6Aw pic.twitter.com/xuCbnOKmlc

Below are excerpts from their apology on social media:

“Recently, Sana Safinaz launched its new collection. This was inspired by the colours and traditional fashions of Africa,” began the designer duo, in a series of Instagram posts. “The team at Sana Safinaz travelled to Kenya to experience the culture and lives of the Masai people first hand. We also organised a shoot to support the new collection and employed local people. We are proud of the work we did with the Masai, especially the women and stand by it.

Avenues promoting responsible tourism exist that encourage and support local projects,” the team stated. “Widows in traditional Masai culture are not allowed to re-marry and cannot own property. Tourist-driven employment gives these women an opportunity to earn a living.

We have worked hard to build a positive reputation in the industry and have been fortunate to have our hard work recognised. We are not infallible and neither are we strangers to controversy… We want to categorically state that at no point did we intend to offend anyone.

We do apologise deeply for any offence we have caused, despite this never being our intention. We have subsequently also removed any offending images from our social media.”

Their response noted ethical tourism being the inspiration for this shoot and this concept was utilized as a means to uplift societies, which is the position they took and firmly stood by. As Maasai people did not remarry, did not own property, partook in early marriages, and some even practiced female genital mutilation, implied that the designer was doing their part as a savior or messiah.

That statement/clarification/apology issued by #SanaSafinaz on their blunder of a photo shoot has to be the biggest load of crap I have read this whole week. Just accept it was a mistake, everybody does them and move on

To clarify, ethical tourism is built around tourism that is conscientious and beneficial to the people and environment around it. Thus, what deeper questions does this leave us with? Where is equity in this situation to treat persons in a way different than our colonizers did? How can we create circles of cultural exchange that are uplifting and equitable to bring about true change and solidarity?

For example, a more equitable and acceptable model would be to pay a fair market share for the ethnic patterns and prints as one would pay in a fair market incorporating livable wages. Secondly, to ask the Maasai how they could be honored, and not exploited, and to then engage and respect them the same way as the models were. Perhaps the best approach would be to integrating the aforementioned elements and building tuition-free schools that teach not only core subjects but also fashion, tailoring, embroidery, etc. and finally employing the graduate students with the company or its affiliates. As the sub-par response given by the fashion designer was not an apology but rather a justification without addressing their own shortcomings or areas for improvement, which didn’t recognize the racial undertones or elitism in any way, solutions such as this may seem a bit far reaching.

The cultural appropriation and colonial mind set of it all makes me cringe so hard.

I wonder who the creative director was for this all. And why no one at the table spoke up, or all they all minimally talented and lack brain power ?

However, under the principles of ethical tourism and community upliftment, which is what they mention they may be striving for, some education around history of colonization, its implicit and explicit repercussions in the modern day, as well as the study of institutions with various models of equitable investment are much needed amongst cultural sensitivity training. Perhaps these learned methods can be incorporated into an investment model to bring social change and equity to honor a group of persons, rich in culture and tradition, rather than one that exploits or demeans an entire ethnic group of persons. 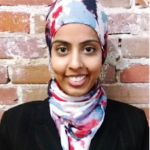 Fariha Tayyab is an artist and global nomad currently residing in Columbus, Ohio by way of Houston, Texas. As a writer, educator, and photographer she is known for her badassery as a social justice activist. As a poetry slam champion and documentary photographer, she is always working on a variety of projects, built around social justice. Her purpose remains fiercely local to resistance as she continues to represent unheard voices by utilizing art as a vehicle for social progress. You can find more of her work at farihatayyab.com.