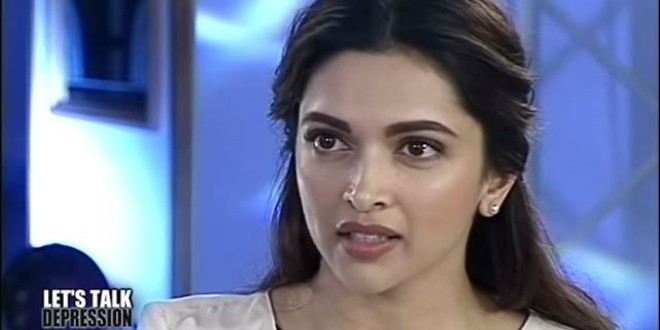 Deepika Padukone’s most recent interview with NDTV  is the first time a Bollywood actress broke the silence about her struggle with depression on national television. And just as Padukone’s interview recently aired, so did Brown Girl writer Subrina Singh’s episode on Shades of Shakti, where she spoke about her diagnosis of depression and bipolar disorder. We applaud both just the same, for opening up about a topic very much taboo within the South Asian community.

In this exclusive chat with journalist Barkha Dutt, Bollywood superstar, along with her mother, counselor and doctor, bravely spoke up with the aim to help others secretly dealing with depression.

If I can impact one life in this entire process of speaking up and letting people know that it’s something I have been through and something that I could deal with because I had a fantastic support system,” Padukone said.

This interview is not about me, it’s about people going through depression, its about families trying to deal with this ailment.”

There is no doubt, depression is a lonely, isolating, private condition that can not be openly shared with others in India and many other countries around the world. There is a stigma attached to mental health, and both sufferers and their loved ones begin to associate mental health problems like depression with “Iska toh dimaag kharab hai” (Translated from Hindi to: This person is crazy).

While Deepika is not the first to Bollywood celebrity to suffer from depression, she is the first to admit to seeking for help.

If someone is breaking down repeatedly, don’t say they’re doing it for attention. There’s a huge difference between being sad and being depressed.”

The biggest step for me was to accept what my counsellor was telling me.”

“Feeling sad is not the same as depression,” Padukone said during the televised one-hour interview, and rightfully so.

A person may feel sad due to a loss, a reason of some sort. Instead, depending on the severity, depression is significantly different. Padukone goes on to describe the feeling as a sort of “emptiness inside herself,” manifesting in crying jags and a constant questioning of herself, allowing for anxiety attacks to occur, which is another facet of depression.

During the time I was suffering, I woke up feeling empty, directionless. There were times I’d feel so low, I’d start crying at the drop of a hat.”

According to reports, India has the worst depression and suicide rates in the world, with an estimated 36-40 percent of Indians suffering from the mental illness. While it is possible these statistics may not be entirely accurate, the bottom line issue here is not whether or not India has the highest rates in the world, but the fact that many depressed Indians, even suicidal Indians are simply not getting the help they need, all due to an age-old, backwards misconstrued societal mindset. They say (and by “they,” I mean those who look down upon depression), seeking help, or even speaking about depression is a sign of “mental instability.”

Depression is a lonely, isolated condition where no one can talk about in the family – if this stigma will remain, we will soon have an epidemic.”

It is no doubt, India is a collectivist culture and we are close to our families, but there is also a lot of fear of societal judgment. The infamous question that looms over the heads of many is, “log kya kahenge” (Translated from Hindi to: What will people say?). But, thanks to Padukone, our society can try to learn how to skip the unwanted judgement, and instead help the ones seeking help.

Padukone proves that is possible because she credits her recovery to her strong support system: her family and friends.

It is time to bring mental health problems out of the closet, deal with them openly and encourage an open dialogue surrounding the issue. 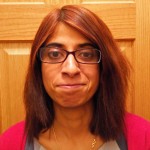 Sonali Kudva is a Ph.D candidate at the College of Communication and Information at Kent State University, Ohio, with research interests in Bollywood, Human-Information Interaction and Popular Culture. She inherited the travel bug from her parents and has traveled widely, and hopes to get the opportunity to travel to more interesting places someday. In another life she was a Pulitzer Center for Crisis Reporting Fellow, has worked as a full-time journalist-editor and freelancer at magazines, newspapers and online. Sonali calls India her home, even though she spends more time away from home than in it. She likes to collect academic degrees, and in her spare time, she likes to vegetate with an interesting novel, talk to her family or argue with her friends on politics, international affairs and any other topic that may come up.