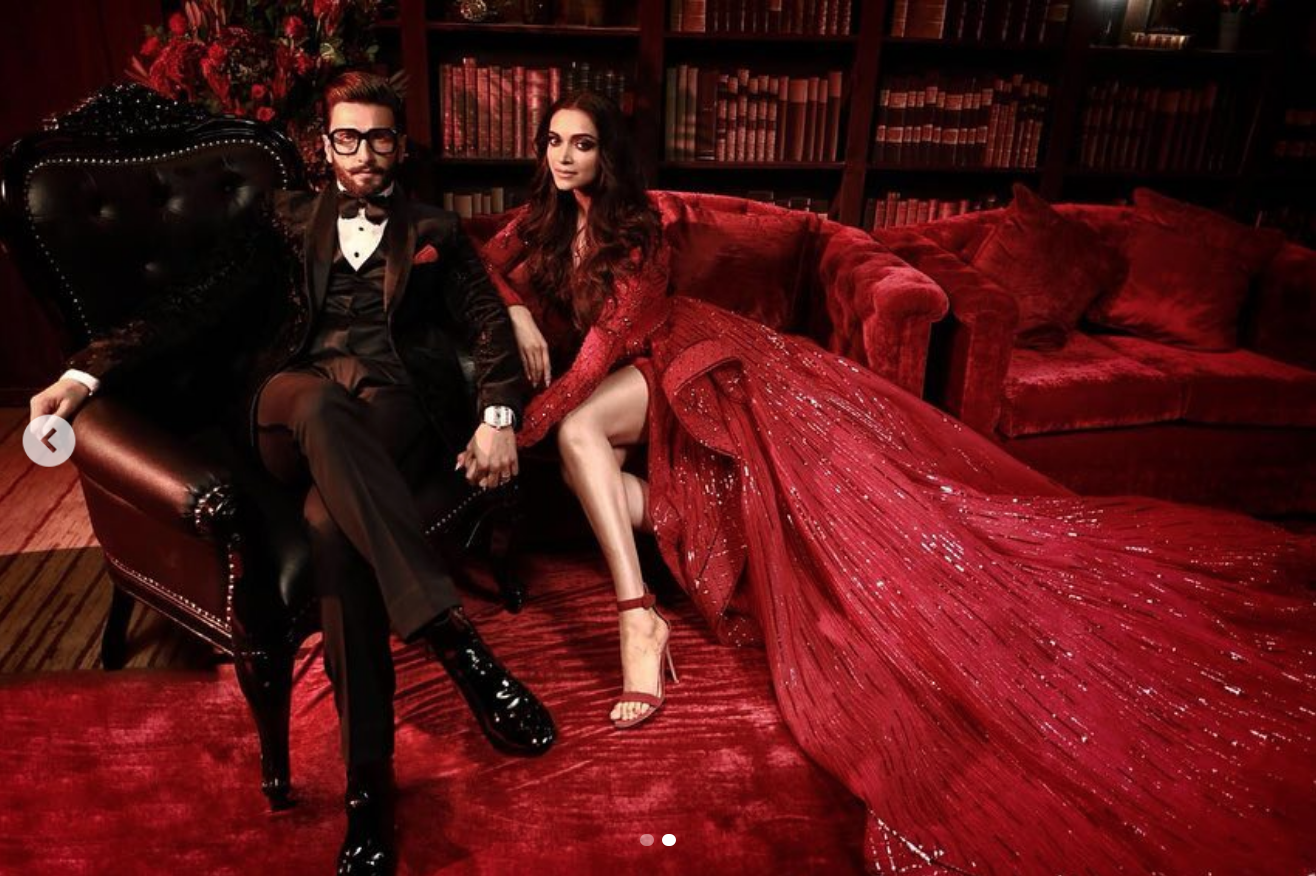 “Lovers don’t finally meet, they are in each other all along” — Rumi

The wedding celebrations of Bollywood’s rani and raja are still in full swing. After their dreamy wedding in Lake Como, Italy, #DeepVeer has continued festivities in India. From Bangalore to Mumbai, paparazzi have been working on overdrive trying catch a glimpse.

Ritika Bhavnani, Ranveer Singh’s sister, hosted a wedding party on the couple’s behalf. A stark contrast from their traditional look in Italy, the couple stepped it up a notch with overflowing creativity! Ranveer Singh referred to Deepika as “Frida Kahlo on acid.” Hand in hand, the couple danced the night away. True love is an aura, and their aura was palpable!

Shanoo Sharma, the casting director that gave Singh his big break in “Band Baaja Baaraat,” took to Instagram, calling him “today’s Peter Pan.” I couldn’t agree more with that statement.

Kudos to Manish Arora and Sabyasachi for pulling off such cool outfits that were wilder than my imagination! Apparently the party was stocked with FIFA and even Ice Hockey tables to provide some variety in activities for those wanting to step away from the dance floor.

When my friend and one of the best actors in India asks me to make clothes for his wedding party this is what is the result @ranveersingh my love congratulations it’s been crazy fun to dress you up yet again and it’s just the beginning ! Next should be burning man?;-) ??? #manisharorafashion #manisharora #lifeisbeautiful #ididitmyway #ranveersingh @amrapalijewels @akanksharora @tarang_arora

The Grand Hyatt, where the party was held, actually gave their guests earplugs with a letter informing them that a private event scheduled on November 24th would likely get noisy! No doubt.

On to look number… Actually I can’t even keep track anymore, but that’s ok… Keep them coming! #DeepVeer hosted a reception in Mumbai on December 1st, and it had all the oomph and pizzazz expected. Deepika stunned in a smoking hot red dress with a train as long as her legs, while Ranveer rocked a black tuxedo!

The reception was attended by the who’s who of Bollywood, and they did not disappoint! Each guest brought forward a very stylish foot! Kareena Kapoor Khan, Anushka Sharma, Madhuri Dixit Nene, and Sonakshi Sinha looked absolutely gorgeous.

It was also really cute to see Varun Dhawan walk in with his beau Natasha Dalal. Here’s hoping that they confirm their wedding rumors soon! Even Farhan Akhtar and Shibani Dandekar made an adorable entrance together.

Note to Bollywood: Keep the weddings coming! Cheers. Wishing the couple a life full of celebrations!