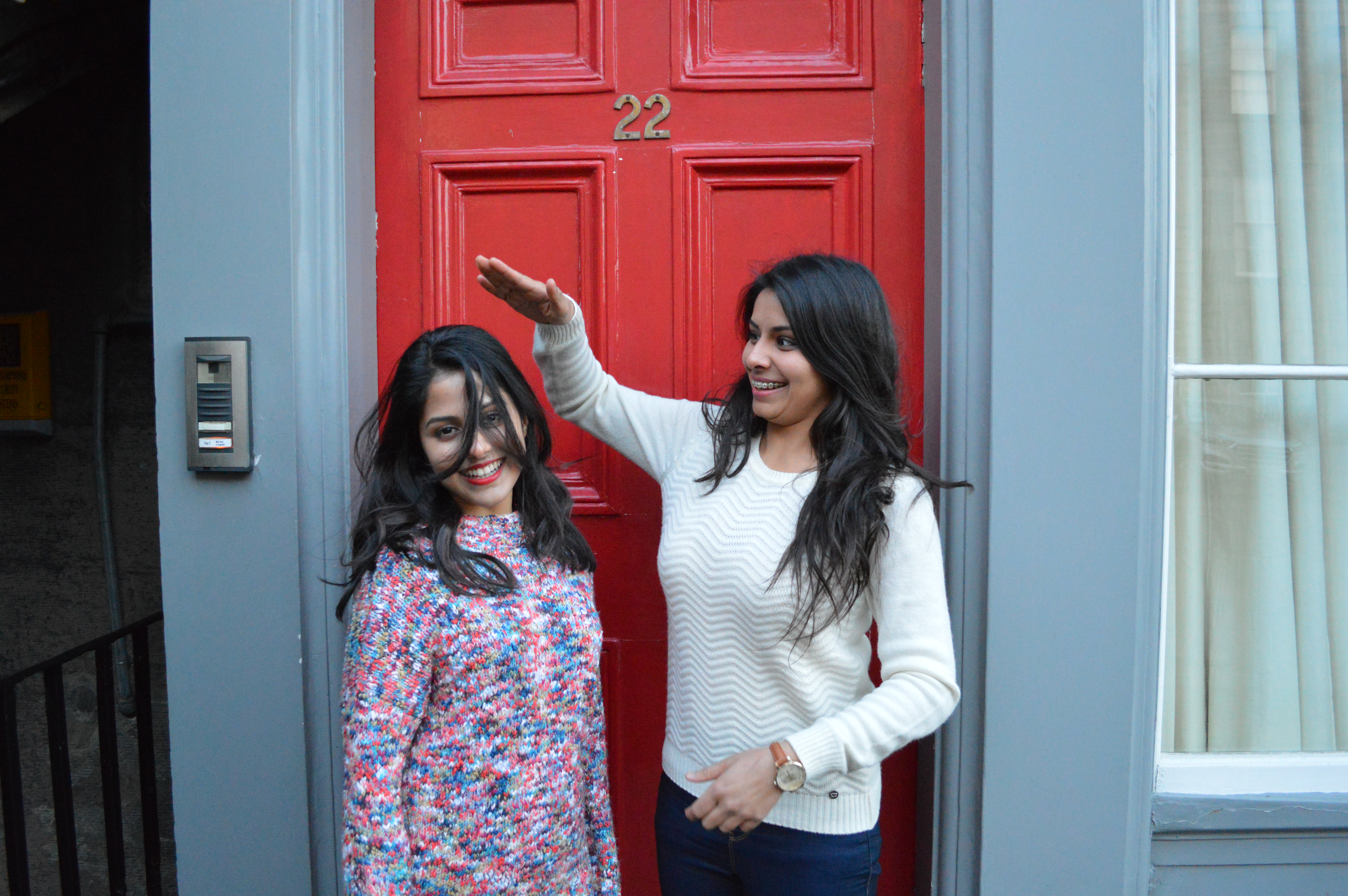 Sometime in early 2016, Meenal Viz, a fourth-year medical student from Prague stumbled upon a personal blog run by a fellow Indian residing in the U.K. She soon got in touch with the curator of the blog, Ankita Narayan, with the proposal to collaborate in some fashion. What started out as a purely professional relationship, soon blossomed into a beautiful friendship and thus, Desi Outsiders was born.

Ankita is an English Literature post-graduate who worked in the Training and Development industry before relocating to Scotland in 2015, following her marriage to her teenage sweetheart. She pursues writing full-time through her blog 22 Nelson Street and various other projects while working as a full-time marketing professional for a social impact Monitoring and Evaluation firm in Edinburgh. Stories have always been a driving force in her life—she has chased them through her books, study of literature and writing. Currently, she continues to follow and cover real-life stories through her podcast where along with Meenal, she interviews influencers and inspiring people from all over the world.

Meenal is a full-time medical student in Prague. Before studying Medicine, Meenal spent one year in Mozambique where she had a chance to explore the world for the first time after living in a very sheltered environment. She spent time volunteering with many other young students from the U.K. and Africa and realized that this would be her goal in life—to bring a change, whether it’s a direct change in a community, or through a medium such as a podcast. Throughout her time in medical school, she learned more about different cultures and lifestyles through all the people she met in Prague and this reignited her desire to encourage more South Asian families to be open-minded and open a new window to allow their kids to travel and explore the world. There were many things Meenal was unaware of and she only learned through experience—something she was very lucky to have, despite the community she came from.

After Meenal got in touch with Ankita through her blog, they both started a conversation on how they could combine stories and social impact together through a podcast. They started out by sharing their own experiences through casual conversations surrounding dating, education, and culture growing up in two vastly different settings. Meenal was raised in Europe in a very strict and traditional desi home whereas Ankita was raised in Southern India in a more liberal home. As people began to relate to their real-life stories, the girls understood the importance of having this voice which led to the idea of bringing more people in to share their own stories.

What started out as a small enterprise with them recording on their phones, sitting in their closets or other cramped spaces to avoid noise, and having just a couple of hundred listens per episode, soon turned into a full-on production process involving high-tech mics, recording software and features on major platforms.

On 8 August 2017, Ankita and Meenal appeared on BBC Asian Network in a special feature about their show. Desi Outsiders was also featured on iTunes as one of the ‘New and Noteworthy’ podcasts from India recently and were also featured on Saavn Original with one of the tops listens in the podcast category.

Ankita juggles a full-time job and writing in Scotland, and Meenal is currently approaching the end of her studies and also represents her country, Gibraltar, in table tennis. Despite their crazy schedules, the Desi Outsiders release an episode every Thursday. When asked what their biggest challenge in the production process was, the duo admitted that to sometimes get a prominent guest on the show, the back and forth correspondence with managers and middlemen takes up to six months. The end product may be just fifty minutes long but the effort to bring it out takes months at times.