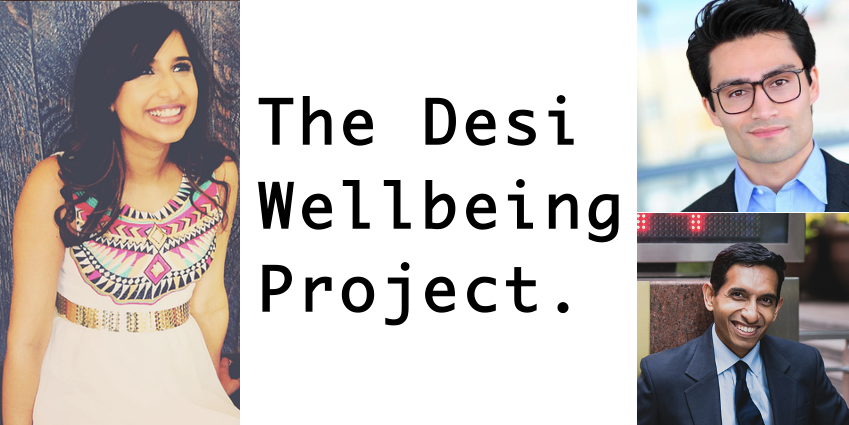 This post was originally published under the ‘The Blog’ section on The Huffington Post and republished with permission.

What does it mean to be an emotionally healthy—or psychologically empowered—South Asian? How can we cultivate communities that nurture one’s emotional health?

When South Asian American girls have some of the highest rates of suicide, and the World Health Organization says depression will be one of the leading causes of death by 2020, these questions are becoming more and more important to discuss.

At the core, these questions are what drive me to collect stories for The Desi Wellbeing Project.

As I talk to a variety of people—ranging from psychologists to South Asians struggling with mental illness—I repeatedly stumble upon two key points:

With these ideas in mind, I decided to start featuring South Asians I come across who exemplify wellbeing. Let me introduce you to just a few of these South Asians literally breaking the mold: 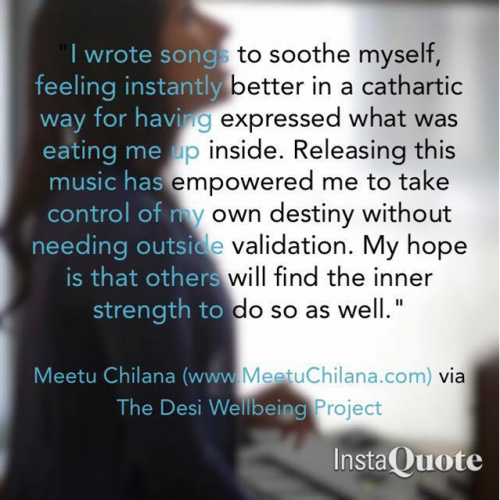 “I was traveling with Cirque du Soleil in Moscow when I learned my cousin had passed. It was hard to process, especially being halfway around the world from family. After 4 years of touring, I decided it was time to be closer to home and find opportunities in New York. It was a difficult decision because I was soaring […] Ready to jump into the arms of my NYC community again, it was jarring to realize they had gotten used to me not being there. The loneliness and disconnection I felt after coming “home” was unexpected to say the least […] I realize now, this was the perfect storm for a downward spiral. Out of that darkness though, a light turned on. I realized the strength and approval I was searching for from others, I could give to myself. Seeing a girl like Malala singularly changing the world in a time when women are still facing challenges and injustices was reaffirming.

Like her, the younger version of me never wavered in independent confidence. Why had that changed? I started seeing innocence as something powerful, instead of naive, and tapped into that little girl within me. I wrote songs to soothe myself, feeling instantly better in a cathartic way for having expressed what was eating me up inside.

It started there: opening up the conversation with myself first and really listening… Releasing this music has empowered me to take control of my own destiny without needing outside validation. My hope is that others will find the inner-strength to do so as well.” 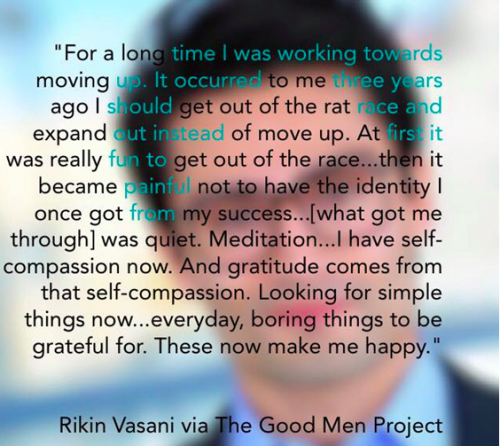 “For a long time I was working towards moving up and it occurred to me three years ago I should get out of the rat race and expand out instead of move up. At first it was really fun to get out of the race…then it became painful not to have the identity I once got from my success and what people thought of me. […] [What got me through] was quiet. Meditation. Just being by myself. But being by myself in a very specific way. Because I used to be by myself in a way where I believed the voices in my head, but now I try to be very kind to these voices. I have self-compassion now. […] Gratitude comes from that self-compassion. Looking for simple, everyday, boring things now to be grateful for – not big things like I used to anymore. These now make me happy.”

(via The Good Men Project) 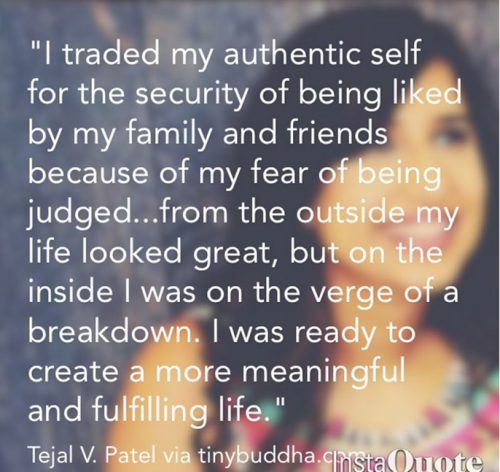 “For most of my life, I was a chameleon. I stayed under the radar, hoping I’d blend in and not draw attention to myself. I was full of self-doubt, so I molded my personality and beliefs based on my company. […] By 27, from the outside my life looked great, but on the inside I was on the verge of a breakdown. I was ready to create a more meaningful and fulfilling life.

I realized the world needs us to show up and share our gifts. There is more risk hiding our gifts from the world than expressing them. Our unexpressed ideas, dreams and gifts don’t go away. They destroy our worthiness and confidence.” 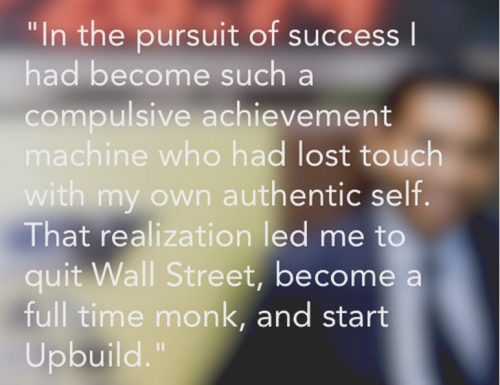 “I had always found my identity as an all-round achiever, but that was being severely challenged as I competed with my classmates…It was my first encounter with the temporality and fragility of the unconscious identities we adopt and hold onto so strongly. The emotional effect of my failures led me to search for deeper answers…

At work, behind the many masks of success…I saw deep-seeded insecurities that manifested themselves behind closed doors in several unhealthy ways…

In the pursuit of success I had become such a compulsive achievement machine who had lost touch with my own authentic self. That realization led me to quit Wall Street, become a full-time monk and start Upbuild.”