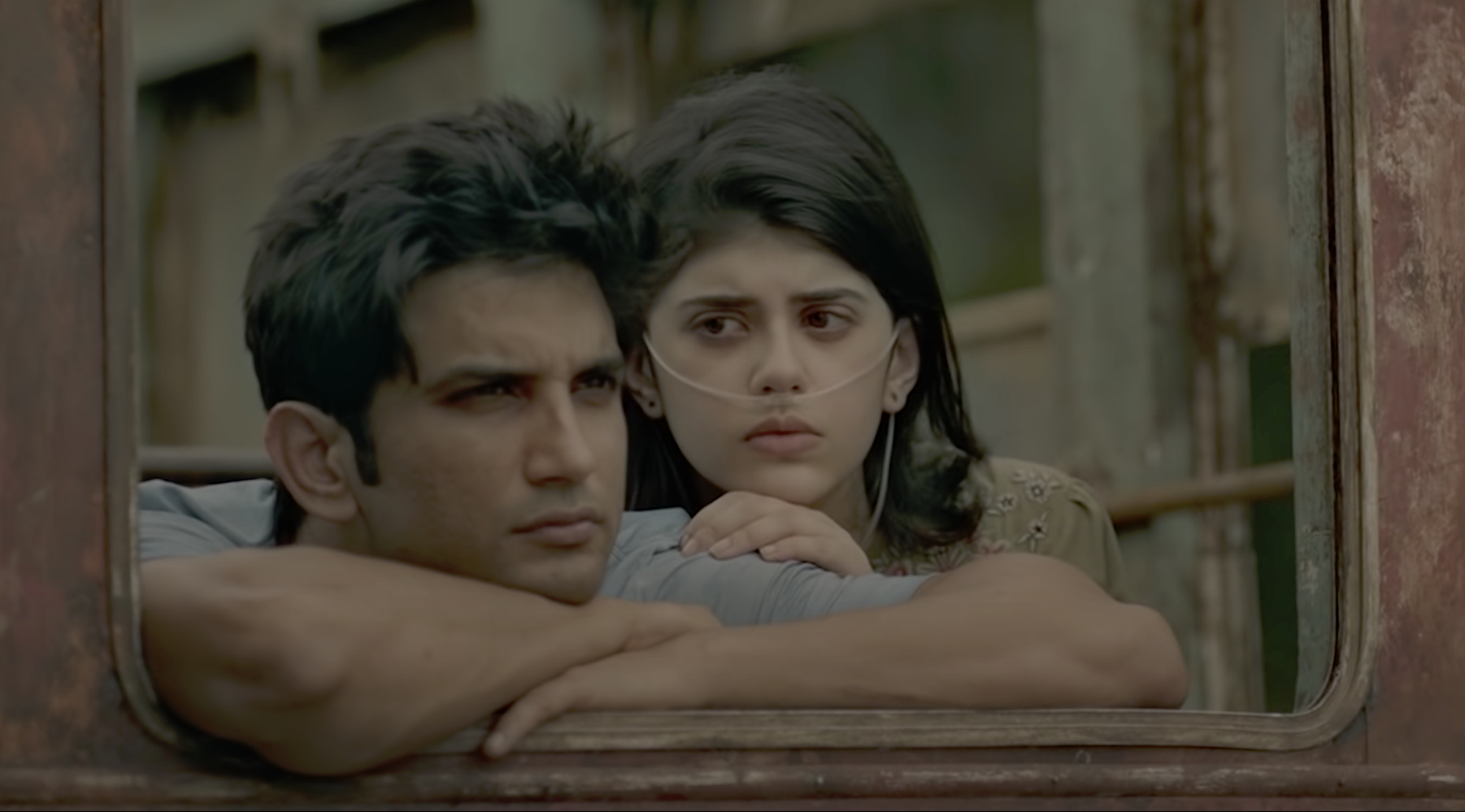 In “Dil Bechara,” Kizie Basu, played by Sanjana Sanghi, asks her favorite musician Abhimanyu Veer, played by Saif Ali Khan, the question: Can you live happily after the person you love has gone?

She poses this question to inquire about why Abhimanyu, her favorite musician, did not complete the last song in his album. Did his reason to finish the song no longer exist? For me, she was essentially trying to ask—what happens to your life after someone you love dies?

This is a question that pervades Kizie’s existence as she battles thyroid cancer. “Dil Bechara,” a faithful Hindi film adaptation of the best-selling novel “The Fault in Our Stars,” follows the journey of Kizie and Immanuel Rajnikant Junior, aka Manny, played by the late Sushant Singh Rajput.

After meeting Manny, who is in remission from osteosarcoma, Kizie agrees to be the lead heroine of a film he is making with his best friend JP, who suffers from glaucoma. As Manny and Kizie get closer, she shares her love for Abhimanyu Veer’s music, and the two make a trip to Paris to fulfill her dream of meeting the musician. Staying true to the novel, the angsty artist is nothing if not disappointing, and soon after, Manny’s health deteriorates. Kizie is forced to reckon with the question she posed to Abhimanyu for herself.

It was really hard for me to write about this film, released a little over a month after Rajput’s death by suicide. A lot of Manny’s dialogue hits too close to home, especially when the vivacious character talks about his inability to fulfill his big dreams. It was hard to differentiate Rajput from Manny in those moments, and I trudged along with the film, feeling a constant lump in my throat. Manny’s decision to instead focus on fulfilling Kizie’s wish to meet the musician paralleled what I had learned about Rajput’s kind and genuine character only after his passing. It made me respect Rajput even more.

“I had big big dreams, but now I have no desire to fulfill them. Kizie has a small dream, and I really want to help her fulfill it. I know it’s a bit silly. But to fulfill her dream…is magic in itself.”

Manny says this to Kizie’s father just before they travel to Paris with her and her mother. I, along with Kizie’s father, couldn’t help but succumb to tears. One dream lost is not necessarily another dream gained—a dream is a dream after all.

This film was especially hard for me to watch because it also forced me to personally reconcile with Kizie’s question about happiness. When I was 16 years old, I found out about my best friend’s passing eight hours after the doctor had called the time of death. In those eight hours, I continued to live my life as though she was still in it. I took stock of every moment that I wanted to share, dissect, and explore with her. I noted down conversations I had had with others so that I could process them with her. Only after I found out about her death did I realize that I was simultaneously living and carrying my life at the same time—that way, I could unpack whatever experiences I wanted to with her by my side. Without even knowing, I had experienced the first moments of my life without her. The heartbreaking part was that it felt just the same.

Watching Rajput on screen for the last time was similarly surreal. As Manny, Rajput was so full of life and charismatic, that to watch the character’s ultimate fate, almost felt like reliving the news of Rajput’s passing. Except for this time, we knew it was coming and perhaps because of it, we were better prepared for it. Perhaps, we could help save ourselves a little bit of the hurt.

But alas, you can’t prepare for a loss. Sometimes people leave our lives so quietly and so simply, that it takes a second to adjust. I thought watching Rajput on screen would help relieve some of the sorrow I was carrying but instead, I held onto it even tighter. I realized that the pain that comes with loss never really goes away. We just learn how to carry it better.

This film is an ode to Rajput. It is a love letter to his legacy. While remaining very faithful to the novel and the Hollywood adaptation, “Dil Bechara” is a film for Rajput’s loved ones. It is sweet, imperfect, and personal, just like the film Kizie and Manny made for JP. To ask for it to be anything more would be unfair and cruel.