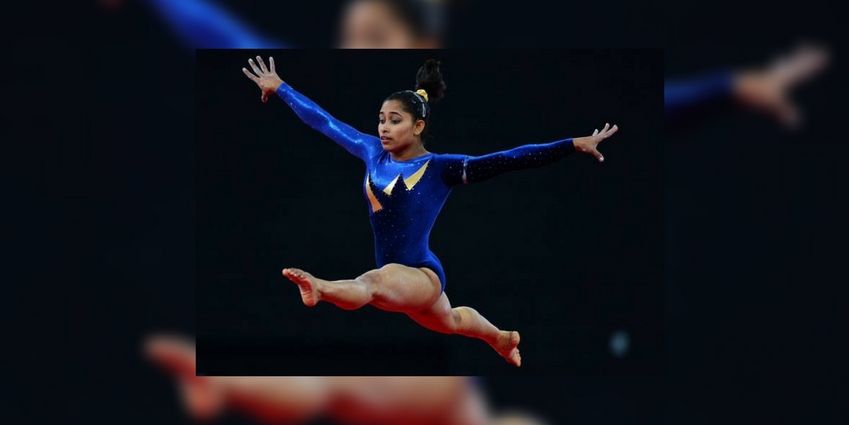 If you were to bet on an artistic gymnast making it to an Olympic apparatus final, you probably wouldn’t bet on an Indian, let alone, Dipa Karmakar.

Karmakar, who turned 23 years old on August 9, has defied all odds to become the first Indian gymnast ever to secure one of eight spots in the Rio 2016 Olympics women’s vault final, which will be held on August 14. As the only gymnast to perform the extremely dangerous and rare Produnova vault at the competition on August 7, Karmakar earned an outstanding score of 14.850 to advance to the finals for a chance to win a medal for India in the sport.

Watch the video of her incredible feat below:

Born flat-footed in Tripura, India, Karmakar did not even have the right curvature to her feet to excel as a gymnast when she first started practicing at the age of six.

Faced with a lack of support for gymnasts, especially for female athletes, in their home nation, her coach Bisweshwar Nandi not only helped fix Karmakar’s foot problem but also overcame many obstacles to even get the equipment needed to train Karmakar.

With no money or fancy equipment available, Nandi utilized his own skills and resourcefulness to build some makeshift apparatus for Karmakar when she first started out. Such examples of Nandi’s handiwork and dedication to helping Karmakar succeed include constructing a springboard from second-hand parts of a discarded scooter and stacking several crash mats on top of each other to make a vault.

Here’s what others had to say about Karmakar’s impressive, history-making vault:

Congrats #DipaKarmakar – the 1st Indian female gymnast in an @Olympics finals. Your journey from Agartala to #Rio2016 is inspiring.

Congrats Dipa, It’s high time we showed the world what we r really made of. #DipaKarmakar

Saw her vault last night. Must have been such a daunting occasion. Amazing. #DipaKarmakar https://t.co/tzPdq0HkSv via @IndianExpress

Now this is history! #DipaKarmakar in the vault finals. Remember, an Indian woman gymnast hadn’t been to the Olympics before! #Pioneer

Happy belated birthday, Dipa, and congratulations on all of your successes thus far! You are an inspiration and keep on being the kickass brown girl that you are!