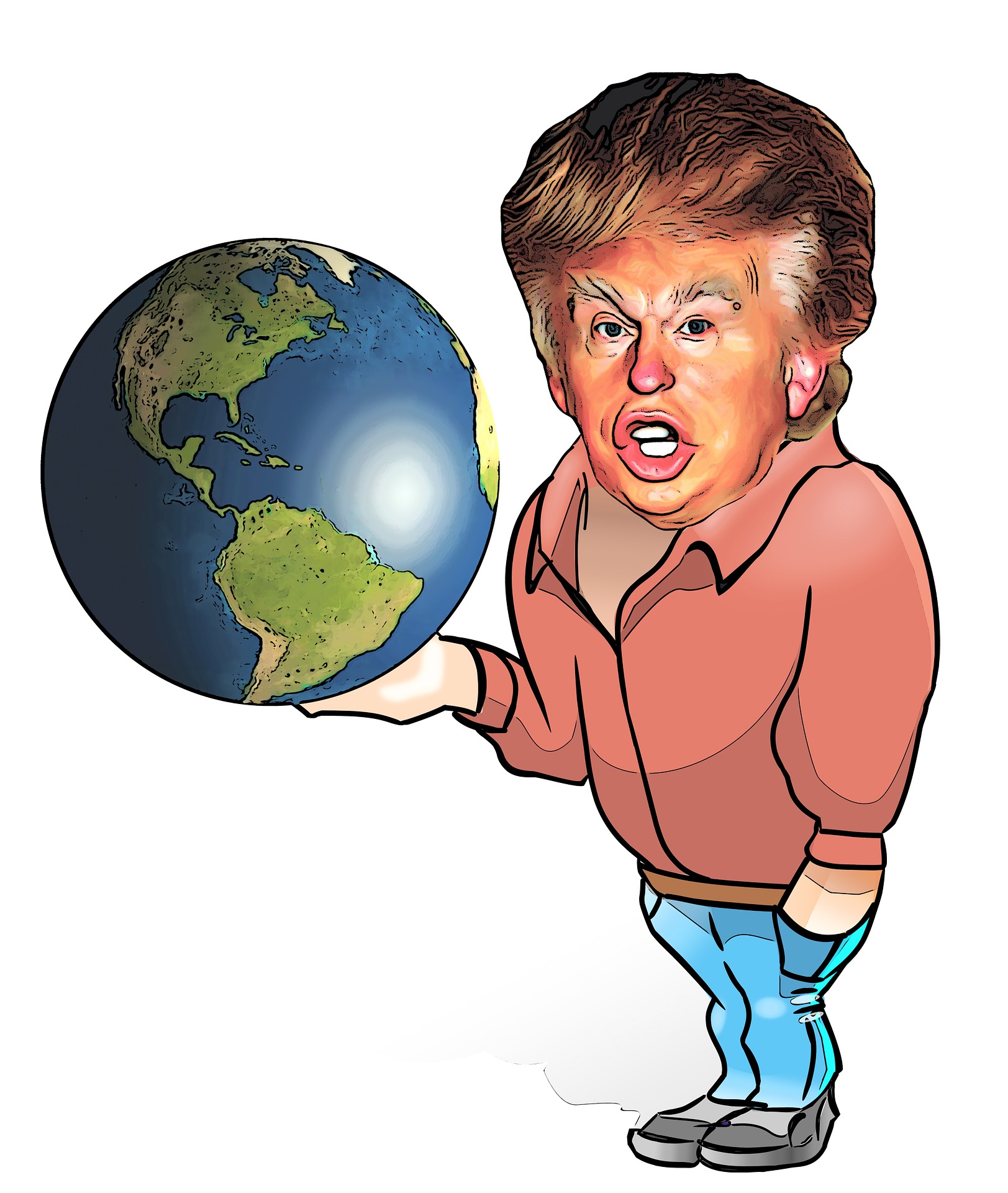 There are very few things in American society which are as sacred as patriotism and reverence for the military. So much so that no matter what your skin color, bank balance, ethnicity, age or political affiliation, everyone could get behind the military and a soldier’s sacrifice as the ultimate sacrifice. Whether you are a Quaker or a full-on confrontational, gun-toting person, no one argues with the sacredness of a person sacrificing their life for their country.

So now, what does it say about American society, when an American presidential candidate is insulting and disrespecting the family and the sacrifice of an American soldier who gave his life for his country?

But let’s save that question for later. What I really want to know is how does a man go through 70 percent of his life and still not grow up? I, for one, am quite jealous of this man. As we grow older, we all have only one thing running through our mind. That is that we all wish that we didn’t have to grow up. I know I am constantly nostalgic for a time when I could throw a childish tantrum and be forgiven for it, on account of my age. But most of us, no, almost none of us enjoy that luxury.

When we face an unfair situation at work or in our personal life, rarely, if ever, are we allowed the leeway to throw immature tantrums. We are expected to act like adults, if not actually be adults! However, for our one very special presidential candidate, we seem to let him get away with so much bigotry, childish tantrums, dimwitted uttering and almost anything and everything. In fact, I think a national survey of the American population under the age of 10 would yield that they are very jealous of Donald Trump. Why? Because, even they are not allowed to get away with as much as what he is getting away with.

What kind of example do you, the supporters of Trump, want him to set for the world? For your kids? Is this what you really want to settle for and stand behind? A commander-in-chief who picks on a Gold Star family? One who insults a Gold Star mother? One who belittles the sacrifice of a fallen, decorated soldier?

At the very least would you not expect him to act like an adult (even for the sake of optics) and respond with some finesse to a Gold Star family? A family, by the way, which has in all fairness, accurately questioned him on what he has sacrificed for this country? A family which has rightly questioned his insistence on banning families like theirs, who has sacrificed their son, his blood for this nation? Trump can barely even sacrifice an opportunity to reply petulantly to some unflattering Tweet about him.

His campaign slogan is probably the biggest oxymoron our generation has ever seen and unfortunately maybe even that which our parent’s generation has seen. He is really taking bigotry, stupidity and nonsense to a whole new low. What is more disturbing is that, despite all the un-American things he stands for, he seems to have the support of many Americans.

I believe that it will truly be a blow to our ability to believe in good and to have hope for the future if he becomes the next President of the United States. Every American eligible to vote should go out and vote against this madman. Because people like Hitler did not rise to power through divine intervention, he rose to power due to the silence and apathy of those who knew better than to subscribe to his bigotry. Apathy is never an option in the face of bigotry, especially when it is spewed as a political doctrine during the election cycle of one of the most powerful and revered countries in the world.

President John F. Kennedy once said, in an address to the Massachusetts Legislature on January 9, 1961, quoting John Winthrop,

“I have been guided by the standard John Winthrop set before his shipmates on the flagship Arabella, 331 years ago…‘We must always consider,’ he said, ‘that we shall be as a city upon a hill—the eyes of all people are upon us.’ Today the eyes of all people are truly upon us—and our governments, in every branch, at every level, national, State, and local, must be as a city upon a hill—constructed and inhabited by men aware of their grave trust and their great responsibilities.”

In a world threatened by so much terrorism and hate, this holds true today, more than ever. America cannot succumb to the fear mongering and hate that is upon it. It is that country upon that hill which everyone despite their, political differences with American doctrines, look up to. This country is known for the warm welcome that is symbolized in by the Statue of Liberty to people in need no matter their ethnicity, creed or race. It is known for its huge heart, its tremendous and magical ability to nurture dreams into reality. Above all else, it is known for its unequivocal commitment to freedom and love.

Let us go back to those days where orthodox immigrant families, like mine, saw French kissing in an English movie and shook their heads disapprovingly exclaiming “Oh America!” And not what it is now, where they see Trump talk ill about Mexican immigrants and disgrace womanhood.

Together, let us take away the power, the podium and the voice that we have given to this embarrassment that is the Republican presidential candidate. He is poisoning the minds of those who do not know better than to listen to his bigotry. Let us help our neighbors, our school teachers, our postal worker, our dentist and our gynecologist, to better understand the perils of following him on his path.

Rachana Gangavarapu was born in India, grew up in the U.S. and returned to India after having spent almost her entire life in the U.S. Currently, through her writing and everything else, she is trying to understand the world she grew up in and the one she is  living in. She is an ardent feminist, coffee lover, and lover of Indian textiles.