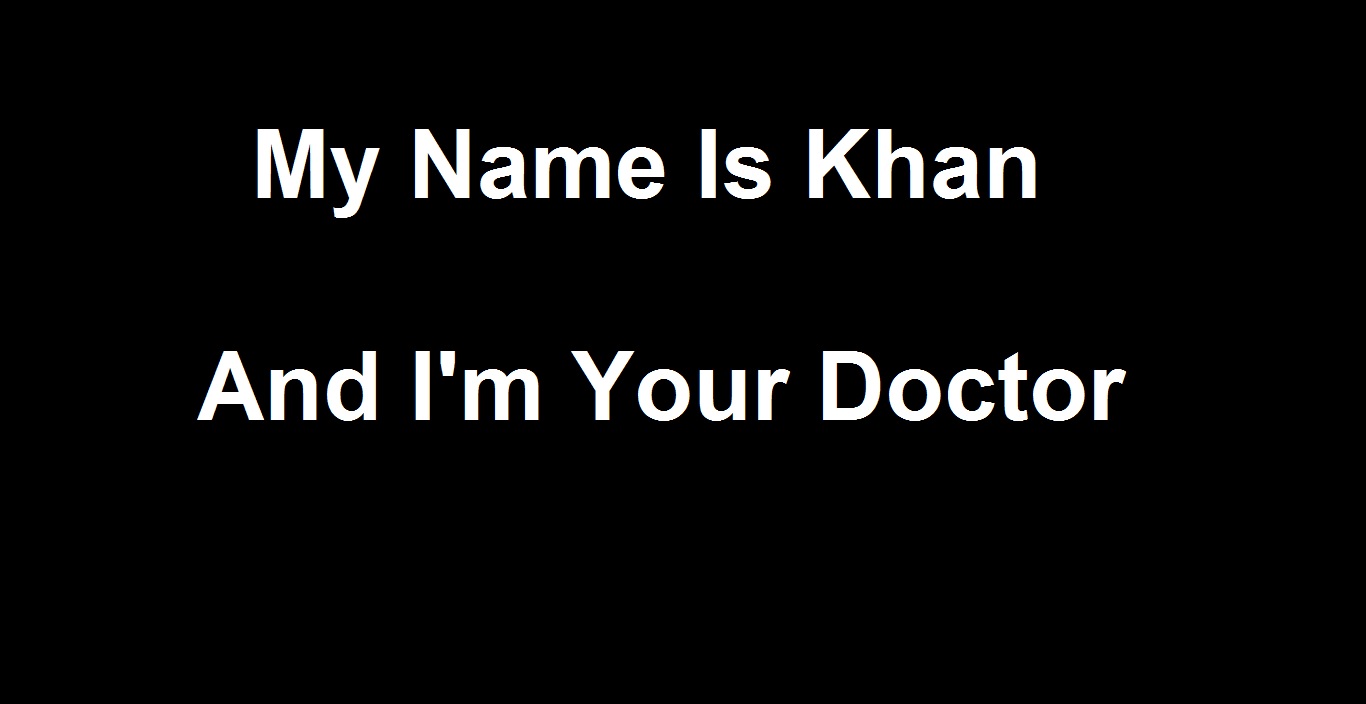 From the age of six, I remember wanting to be a doctor. I linked this to my own interactions and medical history, I had great doctors and wanted to be just like them. My parents never instilled this dream in me, contrary to popular belief.

Speaking from the context of my family, there are no doctors or lawyers on my maternal side. This is not to say that my family did not participate in and complete post-secondary degrees, but the paths they are currently pursuing are careers that they chose themselves. On the other side of my family, the “Khan” side with over 20 cousins, only two have pursued medicine. The low rate of these careers in my family is not a result of failure, but more so the fact that there was minimal pressure to pursue certain careers.

When these words were uttered to me I didn’t know how to process them. The words came from someone I once considered a best friend. Someone I had lived with during my undergraduate years, whom I thought understood and respected me and saw beyond my skin color. Until the last two years of my undergraduate degree, I had steered far away from thinking of my racial identity and my own perception of it, as well as how society views me in a larger context.

Growing up, the majority of my life was a sea of whiteness. I only began interacting with my extended family on a more regular basis in high school. Don’t get me wrong, I do not have resentment towards my upbringing or white people but I do think it definitely led me to have “color blindness.”

In university, it seemed that a constant element in my life was white people, but slowly I began to realize that I wasn’t white. This part is a bit more of a complicated realization, but most strikingly, I realized I was very different from my own perceptions. Fellow women of color, whom I befriended unknowingly, became my teachers.

Alongside this self-realization was acceptance of my heritage and understanding the importance of my familial history. I kept my goal in sight of becoming a doctor but with a new lens of doing it more so now to create safe spaces in health care. I realized the issues that my own parents had as newcomers navigating the health care system and trying to find empathetic, culturally competent physicians. I better understood the need for safe spaces for refugees, queer, trans, and other marginalized groups to have a safe encounter with a health care provider.

If my last name was different, something more white perhaps, I would be seen as a “needed” person in this field. The collective “we” at the beginning of that statement also took me a while to unpack, it made me cringe and I, regretfully, wish I had questioned this statement when it was said. I would hear it repeatedly throughout my last year of being friends with this person as others picked up on it and found it hysterical. The rejection of something I wanted, because of the stereotype of the “Desi Doctor,” an organic goal of mine has haunted me.

I worry now; constantly I feel anxiety when with my peers, wondering what they may think when I express my goals. I hesitate because I want to be identified as a South Asian Canadian but weigh my words carefully because I fear being boxed into a category that I feel is stereotyped.

As a South Asian woman, I find that many assume I am complacent and passive. Navigating and asserting that I am not just another brown girl who wants to be a doctor is always only a thought or two away from me. The disdain some peers have for their non-white peers is something I have recognized more easily now. The unwritten narrative of undeserved seats being occupied by the children of immigrants in post-secondary education is one that is prevalent in Canada.

I sit in a classroom sometimes unfocused, as my mind drifts to thoughts of how my peers perceive fellow classmates who are not white. As if I stole a seat that I had absolutely no right to, as if I am not warranted to occupy a space because there are too many faces that look like mine.

I sit at a mental crossroads; my mind has a civil war raging inside as my stomach does somersaults when I get asked about my goals. I answer, over explain myself to people who don’t deserve it because I am nervous about whether they truly believe this is a path that I want.

I also now constantly have to remind myself of my rights to a space, but to do so with the knowledge that I have to deal with my brown embodied identity, in addition to my womanhood and petite stature. I worry about whether I will ever be respected, or will I just be another “Khan” with a career in health, although I meet all the requirements and have a stellar CV.

I worry because this is not the first time I have heard such comments but, it took the first time for it to be said in reference to me to understand the meaning, why it de-legitimized my desires, which I have to now reassure myself I am allowed to have. The complexity of these falsely applied problematic assumptions are an issue that I now find everywhere I turn.

Beyond this statement, I now grapple with the unwritten biases held by those who do not know me. I now constantly question myself, I also question if I will ever be accepted in any space. In South Asian spaces, in the context of my family, I am the first girl going beyond an undergraduate degree. My Urdu is minimal. So I walk a tightrope, because even in that space I am not entirely accepted.

So what are the choices offered to me?

I want dignified choices where I won’t be judged for embodiment or dismissed. If I make this choice, will I have the fulfilling career I hoped for or will I constantly be contesting my autonomy in my choices and the fallacy that parents have forced me down this path?

This one choice serves as a microcosm for the dialectical state that my mind was in when processing my choices and the perceptions they may create.

It is one of many conversations I have with myself as my mind constantly thinks around my identity as South Asian diaspora.

Nashwa Khan is a South Asian/African Diaspora living and learning in Hamilton Ontario. She grew up and calls Florida home.  Over her undergraduate degree in Hamilton she served on a number of councils and chairs the city’s Youth Advisory Council. She is constantly living and learning. She is also the planner of the Hamilton unconference series known as “Change Camp”, created as a way for individuals to share stories and experiences from different walks of life.

This post was originally published at Nashwa’s personal blog.