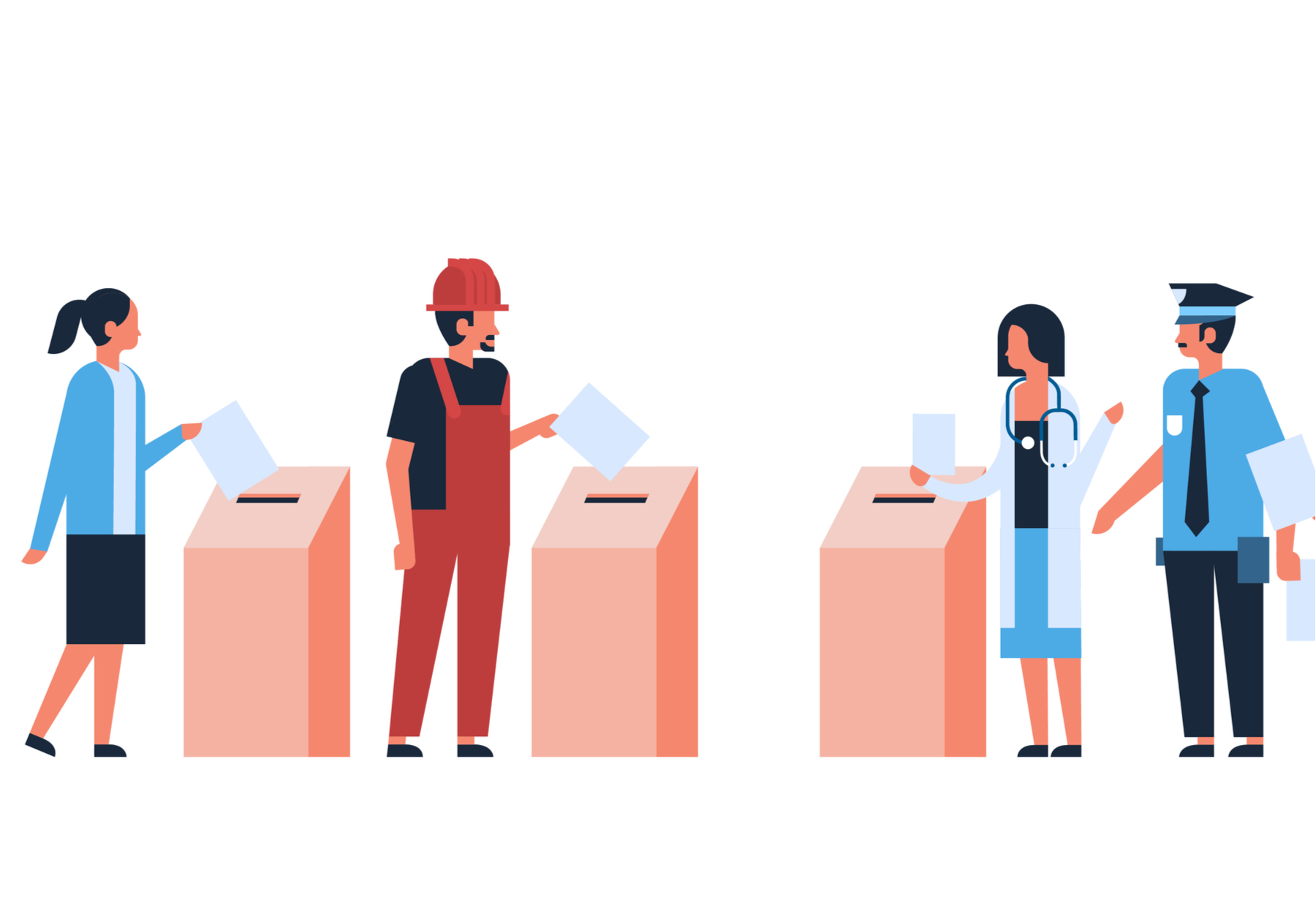 Let’s start with this wild premise: Voting is not our privilege. It is our right.

Next, let’s see what it looked like to vote in the Georgia primary elections on June 9, when voters had to wait up to four hours to vote and arrive at polling locations with nonfunctioning voting machines:

This drone footage shows a long line of voters waiting to cast ballots in Atlanta on Tuesday. Georgia election officials, poll workers and voters have reported major trouble with voting in Atlanta and elsewhere.

On the left is Piedmont Park, a Democratic stronghold with a 4-hour line to vote.

On the right is Chastain Park, located in Atlanta’s whitest and most conservative precinct. There is literally no line.

If a machine wasn’t working, voters were supposed to have the opportunity to fill out paper ballots. At many locations, there weren’t even enough paper ballots for everyone. That’s not an election. That’s voter suppression.

In a county with majority people of color, this was step one in silencing votes. People who wanted to vote from the safety of their homes during a pandemic were forced to risk their health and safety if they wanted to have a say in who made the decisions that impact them every day.

Let’s zoom even further back. Elections are run by the Secretary of State’s office in each state, which is why the voting policies drastically differ state by state. In 2018, Brian Kemp was the Secretary of the State of Georgia. That meant he was in charge of the state’s midterm election. He was also running for Governor.

That year, thousands of names of people of color were purged from voter rolls because of the “exact match” law that said that if that name on your voter registration didn’t exactly match that on your government ID, you would be forced to provide additional verification to vote. It’s not hard to guess which kinds of names might have slight typos or mismatches in the process of registering. Brown and Black names. Specifically, 80 percent of those affected were African American, Latinx, and Asian American.

Brian Kemp won that election of which he controlled every aspect.

Last zoom out, I promise. The Voting Rights Act of 1965 prohibited discrimination in voting based on race. In 2013, the Supreme Court invalidated Section 5 of the Act, which required states that had been caught with racist election policies in the past, policies that disproportionately kept people of color from the polls, to submit policies like the “exact match” law to the Department of Justice for review before instituting them. Kemp’s version of the “exact match” law did not pass review the first time the Department of Justice reviewed it.

Now, Brian Kemp is the Governor of Georgia and Brad Raffensperger, another right wing official, is Secretary of State. While voters stood in line for hours trying to make their voices heard on June 9, Kemp and Raffensperger spent the day condemning the mismanaged election, and blaming inexperienced poll workers for the delays. While they promised to investigate, there’s no denying they were responsible for managing this from beginning to end.

Raffensperger claimed he spent so much time trying to get people to vote absentee to avoid the delays which he attributed to the pandemic, but even those who wanted to vote absentee didn’t receive ballots in time. He tried to disregard the idea that the voting machines weren’t working, despite clear reports otherwise. The Secretary of State’s job is to execute a free and fair election. It’s what he was elected to do.

Why does this matter? Well obviously, it’s every American’s right to cast a ballot for the candidate of their choice. But why does it matter so much to Republicans to systematically suppress the voices of Black and Brown people, election after election? Well for one, people in power will do everything in their power to keep their power. It serves their interests.

Two, and this is really important this year, Georgia is a battleground state in the 2020 presidential election. The state could potentially decide whether Joe Biden or Donald Trump is our next president. Kemp was endorsed by Trump: there’s no denying what side of this fight he lands.

Georgia has long been considered a “deep red” state and is slowly moving left with its diverse population. It serves Kemp to keep voters from the polls to preserve traditional power structures and his support in the Oval Office.

Right now, Georgia is polling one point ahead in favor of Biden. That’s a great change from Trump winning by five points in 2016, but it is not enough that it can’t be affected by the voter suppression tactics that have become commonplace in the state that is 4.3 percent Asian, 32.4 percent African-American, and 9.8 percent Latinx.

If this primary is any indication of what’s to come in November, there’s no denying Georgia’s elected officials will pull out every trick in the book to deny Georgians of their right to vote and gain time and power to further ingrain racist structures.

Racism exists in every beam of our country’s infrastructure. Our electoral system is one blaringly obvious example. Showing up to vote, and waiting hours to do it if you can, is one step of a much bigger labor of dismantling systemic racism. To have free and fair elections, we need more election funding, to build trust in the vote-by-mail process, and to demand oversight and accountability by those charged with executing this sacred part of our democracy.