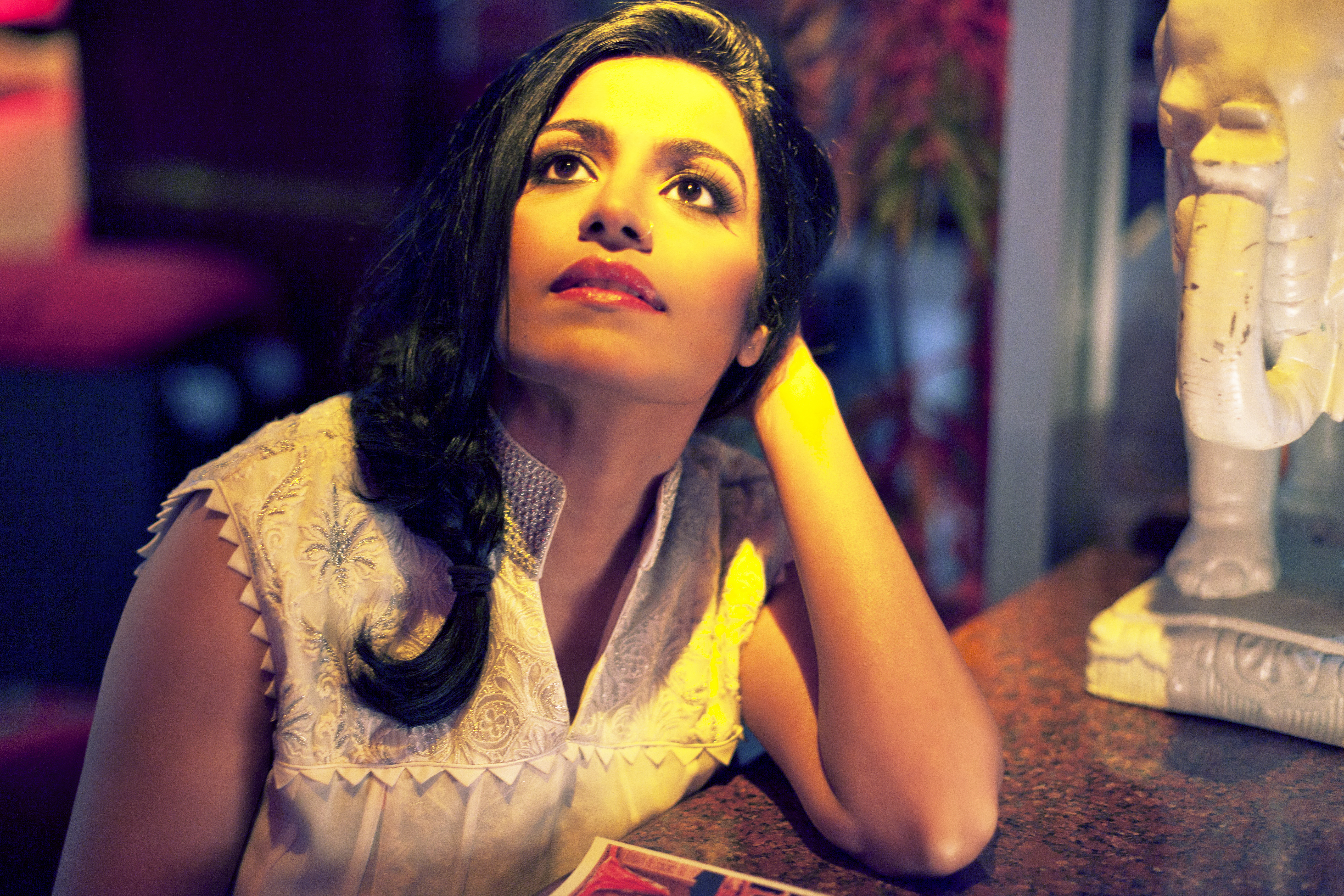 “I am music,” expresses Falguni Shah.

The route to tranquility isn’t black and white; it varies from person to person. For Shah, her music is her serenity. Using the analogy of worship and meditation, Shah describes her work in music as her way of finding her inner peace and practicing spirituality.

We talk to Shah regarding her newest release, “Falu’s Bazaar,” which has garnered far more praise and popularity than expected. Traditionally known as an “Indie-Hindi” artist, Shah’s latest production in the Children’s Music genre was produced solely as a teaching tool for her son. From radio to music festivals to the hands of audiences not even belonging to the South Asian community, the album has gained incredible traction.

“This album was done for my son. There was no commercial agenda attached to the release of this album,” says Shah.

Shah experienced a gap in the Children’s Music category when it came to finding South Asian music for her son. Rather than complaining about the lack of diversity at her local Barnes & Noble, Shah took it upon herself to write and produce an album to educate her son. An album meant to teach the language and enrich his childhood with the beautiful sounds of India, eradicating the absence with her own voice and rhythm.

“His questions were answered through these songs,” explains Shah.

The titles and lyrics of these pieces have an underlying educational element. The songs teach children how to count in Hindi or contain nostalgic references to growing up in a South Asian family.

The album starts with “My name,” sung by Falu’s 5-year-old son, Nishaad, who teaches children how to say their names, the names of their parents, their age and address all in Hindi. “Tararum Pumpum/The Signal Song” is an upbeat dance track that teaches how to follow street lights and signs. On this track, the listener is introduced to the improvisational element of Indian classical music, known as ALAAP, which features Falu improvising over a given melody with different permutations and combinations of notes, or ornaments.

“Shapes” teaches children the names of four main shapes in Hindi. The call and response element on this song comes from the Indian oral tradition of learning music called Guru Mukhi Vidya.

In “Hulululu Bus,” listeners get to travel by bus to the market, meeting and saying hello to people from different places in various languages along the way. This song has a rhythm in between verses that were Inspired by Indus Valley civilization. On “Rainbow,” a counting song, children learn how to say colors and numbers from 1 to 7 in Hindi to a rhythm (taal) named rupak, a seven-beat cycle in Indian music which can be verbalized as “Tin Tin Na Dhin Na Dhin Na.”

At the “Bazaar” we learn names of multiple flowers, fruits, and vegetables in Hindi as they pick one of each from the market to a sweet beat.

Then with “Masala” we learn names of different spices to emphasize taste and smell elements in Indian cooking while the klezmer-infused “Pots and Pans” features different tools and utensils used in an Indian kitchen.

“Teddy Bear” is a strong groove-focused on the theme of unity, encouraging us to embrace each others’ languages and expressing love and respect for our cultures. The album ends with “Nishaad’s Lullaby,” sung by Shah’s mother to her grandson in her native language Gujarati. This is Shah’s family legacy song that has been passed on for five generations, a gift they hope to keep alive by sharing their deep roots and rich traditions with their children, to continue to be passed on for years ahead.

Needless to say, Shah’s son was an inspiration for this album. However, Shah also draws inspiration from nature.

“Nature gives you answers,” shares Shah, “for example, [I take my son to] the East River and show him that [water] flows in one direction. Just like how the water keeps flowing, life keeps going – be like water.”

For Shah, the significance of music stretches far more than the average person.

“My mom started giving me musical training as a child. [Later on,] I underwent a rigorous musical program by Kaumudi Munishi in Benarasi style singing known as Tumuri,” explains Shah. “I also trained under Ustad Sultan Khan. After this, I did my Masters in Indian Classical Music. My latest teacher, Kishori Amonkar, passed away last year,” shares Shah.

Growing up in a musical family, music became Shah’s identity.

She jokingly remarks, “I’m incapable of doing anything else in my life. I’m limited. Music is all I know.”

Shah writes music that is reflective of her life at that moment. Much like her third album, which mirrored her present life of motherhood, Shah’s next project will echo sounds of spiritualism.

“I am on a spiritual journey and I have always let music represent where I am in life at that point. I don’t give myself [a specific genre or] direction when I write music, I feel it limits my creativity.”

Shah believes in the power of diversity and celebrating different cultures. Starting from her own household, she consciously works to preserve her roots with her son by speaking to him only in Hindi and refusing to answer to him if he talks about anything else.

Shah’s thoughts about celebrating culture and diversity aren’t limited to only her own. She discusses exposing her son to music and culture from various languages.

“[Our Indian music] has 22 notes, [whereas,] Arabic has 40 notes. [I want my son to be exposed to that],” comments Shah. “[It has been] scientifically proven, when a young child is exposed to many languages, they grow up to be more accepting,” explains Shah.

Shah eats, breathes, sleeps music. She refers to it as pooja (prayer). It is her release and where she finds peace.

“I was 6 years old when I got into my biking accident. To release myself from the excruciating pain, I sang on the top of my lungs. Since that moment, I knew all I wanted to do in life was sing,” opens up Shah.

And that’s exactly what she has been doing. The countless hours spent practicing and training daily for more than 10 years is evident in her work.

And as for any aspiring musicians, Shah leaves this piece of advice:

“Follow your passion. Your honesty will reflect in your work. You have to be a strong person to be an artist, so stay true to yourself and the rest will follow suit.”

Shah doesn’t sing. She surrenders herself to the art and to the universe; the music is then produced on its own. We can’t wait to witness where her soulful journey will lead her next.