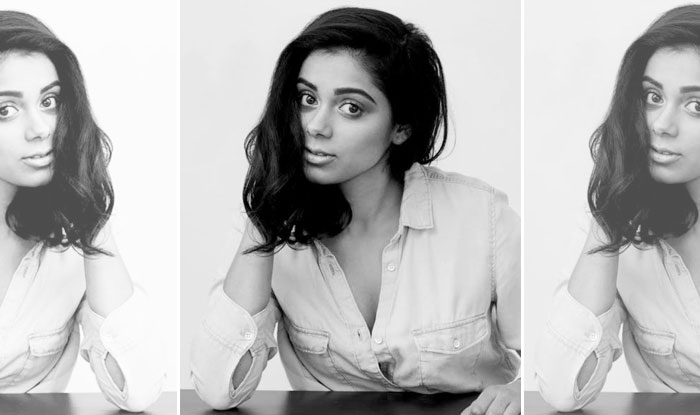 It’s safe to say that fame is hard to acclaim, especially in the world of fashion. With so many moving parts to an industry that changes every day, fashion designers have to stay on their toes to stay relevant while satisfying the needs of their niche audience. That’s the only way they’ll be remembered, and Canada-based designer Mani Jassal has indefinitely cracked the code.

After releasing one stunning collection after another, Jassal knew what it takes to be a stellar fashion designer and seized each moment to showcase her ability and stay firmly put in the competitive world of fashion.

The MANI JASSAL showroom, nestled in the cozy community of Yorkville, is home to eccentric pieces that give you the perfect collaboration between traditional South Asian-styled clothing and modern-day silhouettes. With each piece handcrafted in Canada, Jassal adds a unique touch of her own to every skirt, bustier, and even the conventional dupatta, making you stand out the moment you’re rocking her garments.

After an incredibly successful show at Toronto Fashion Week earlier this month, Brown Girl Magazine got a chance to catch up with the popular designer whose creativity and sense of style know no bounds.

How did you happen to choose the fashion industry as your career?

I have always wanted to be a fashion designer, ever since I was maybe 11 years old. As a kid, I would go around saying I wanted to be a painter/artist, but then in grade six, I had this epiphany that I wanted to create art that people could actually wear. I grew up watching my mom sew, so I think my mother is definitely a huge influence on this as well. But, basically from that day on, I carried a sketchbook everywhere I would go, and sketch dress designs and create some really funky outfits. In high school, I think around grade 11, I thought to myself that maybe being a fashion designer is not the best idea for me and that I would not make money from it. I loved math and physics and was also passionate about engineering. So, I applied for aerospace engineering in grade 12, but my heart still wanted to do fashion.

So, I also applied to the Fashion Design program at Ryerson University. I had a condition with myself: If [I] don’t get into design school, [I] will go into engineering, but if [I] got in, then [I] HAVE to follow [my] dream and do what [I am] most passionate about. I went to Ryerson for Fashion Design, graduated and started up my label a year later.

What does fashion mean to you?

Fashion to me is a way to express yourself in any way you want and can. As cheesy as this sounds, this is a passion of mine and what I have wanted to do since I was a little girl.

A lot of your pieces are a mix of contemporary and traditional. Where do you draw this inspiration from?

When I first got into fashion design, I never thought I would get into the South Asian market and it sort of happened by fluke. For my final year at design school, I did a South Asian Bridal collection that was experimental and non-traditional. This was just a school project, but after I showed at the fashion show, I had a lot of people that were interested in purchasing the pieces, which I thought was pretty cool.

I think what attracted girls to me was the fact that I had bridged this gap between contemporary and traditional, seamlessly. They resonate with my brand because it’s not completely Western and it’s not completely Indian. [My] pieces are versatile and can be worn to multiple places. I suppose the inspiration for this comes from my upbringing. I immigrated to Canada from India when I was about 5 years old, and grew up with two cultures that I found myself balancing, or keeping separate. I think, after growing up, I realized I was tired of keeping them separate and I wanted to make them one, and clothes are the best way to do that.

?The Boho Bride? The Azahra Skirt is one of our Favourites because it is the Perfect Traditional Silhouette With Contemporary Lace Detailing. Perfect for the Modern Bride that doesn’t want to wear Bling on her big day Email Info@ManiJassal.Com to book your Bridal Consultation at The Mani Jassal Showroom

Did you find it a struggle to find success in the industry because of your ethnicity?

I think I found a market for my clothes in North America/Europe/Australia. Women resonated with the idea of my clothes because it brought together their two worlds and two closets. There is definitely an element of diaspora there. They are able to embrace both their cultures by wearing my pieces. I think that I have made a good name for myself in the South Asian market. But, I don’t want to be pigeonholed into being a designer for a South Asian market because I am South Asian. I definitely want to globalize and make the brand more international. I think when it comes to the fashion industry in North America, sometimes they misinterpret my clothes [as] being too ethnic, but I mean if you go to an “Anthropologie” or “Free People,” they have so many Indian-inspired clothes, that are actually made in India, but an international clientele is purchasing them. So, I suppose it’s just trying to find my place in the industry and where I fit in.

I ask every designer this question: How does fashion play a role in female empowerment?

Fashion plays such an important role in female empowerment. You feel a certain way when you are wearing [certain] clothes. Clothes are empowering, clothes allow you to own your sexuality. You feel the most confident when you are wearing something that you know you look good in. A lot of women say that they feel like a “queen” wearing [specific] clothes, which is great!

Your chosen industry is very competitive, and that is just one of the challenges to overcome. What other obstacles have you faced? How do you break free from them?

Again, I think the biggest struggle would be finding my place in the industry and making sure that people understand that my clothes can be for an international market. I think I am working on this now. I just showed at Toronto Fashion Week, which is huge! Such a great opportunity to show my designs to a different type of audience.

What is one thing you’d like to change about the fashion industry?

Diversity. I would love the industry to be more diverse. I think, though, we are slowly moving in that direction.

?@sonambajwa looked stunning our #AZAHRA Skirt ? Love it styled with a white top! How would you style it ? They are available ready to purchase at The Mani Jassal Showroom. We just added some new styles to it as well! ?? Email info@manijassal.com to book an Appt. Photo: @bsinghh

Sweatpants and a comfortable sweater! [That’s] completely opposite of what I design though, right?! I love being comfortable on a day-to-day [basis], and I am loving that “athleisure” wear is cool now. So, I can rock my Adidas tracksuit and it’s considered “in” fashion and trending.

Give me one major fashion faux-pas!

Oh, there are so many, it’s hard to choose. But, I think the biggest fashion faux-pas is fake designer clothing and replicas. Designers spend so much time, energy, and money into creating something new, and I hate how these companies from India or Pakistan quickly copy the pieces. The pieces never actually look like the designer pieces anyway, [they’re] just a really ugly version of them. But, it’s not fair to the designer who spends so much time in creating them. I think how in the West having a fake Chanel or Louis Vuitton bag is frowned upon, slowly it is becoming frowned upon to have a fake Sabyasaachi piece. The idea of the Indian “designer” is growing more than ever. More and more girls want designer [clothing] because they understand the exclusiveness they are getting.

I would love to collaborate with Adidas. I think it would be a sick collaboration, and something really cool and never seen before. I have some ideas already for it. Hopefully, one day very soon.

You can shop all of Jassal’s collections by visiting www.manijassal.com.

Try This Extra Scary, Super Gory Zombie Look to Up the Amp This Halloween