In the News Politics TrendingDecember 15, 2017 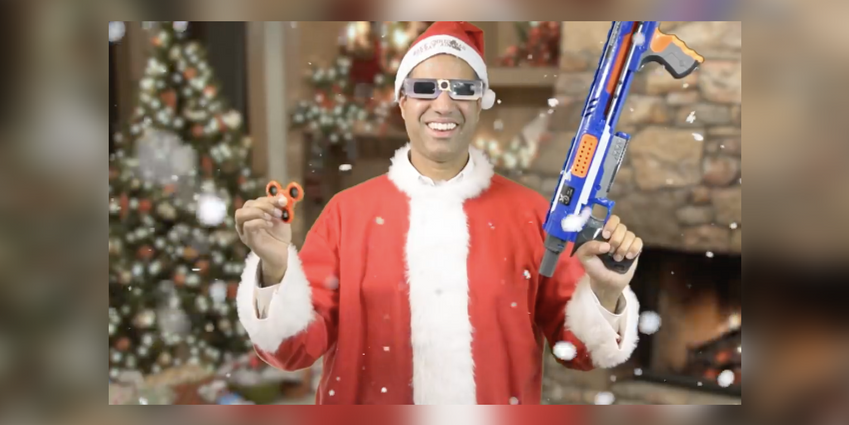 The Federal Communications Commission (FCC) ruled along party lines to repeal the Obama Administration’s net neutrality rule today, but not before FCC Chairman Ajit Pai appeared in what can only be described as a pathetic and desperate viral attempt to appeal to younger generations and hide the repercussions of eliminating the regulation.

Posted by The Daily Caller on Wednesday, December 13, 2017

From dancing with teenagers to the “Harlem Shake” (seriously? that is so 2013) to putting hot sauce and Cheetos on top of what looks like a burrito bowl (umm, what?) and then taking a selfie with it, it was evident that Pai was trying to make light of a very serious civil rights issue that literally affects every single American who has access to the internet.

The biggest problem with the video was not Pai’s embarrassing quirks to look like a millennial, but that he undermined the intelligence of the American public by suggesting that everything will be the same and people will still be able to do the things they love on the internet even with net neutrality gone. While the latter is certainly true, it’s only a half-truth. The real concern behind this whole debate is not whether one will have access to the Internet at all; it’s how and at what cost.

We’re disappointed in the decision to gut #NetNeutrality protections that ushered in an unprecedented era of innovation, creativity & civic engagement. This is the beginning of a longer legal battle. Netflix stands w/ innovators, large & small, to oppose this misguided FCC order.

The net neutrality rule mandated that all internet service providers (ISPs) display all websites at the same speed to all users. Without net neutrality, ISPs will be free to control what content and websites individuals access on the internet. One way this can happen is that the ISPs may be able to determine what someone pays for the internet depending on whether he or she wants to access a specific “bundles” of certain websites, like many cable television providers, do now.

And the populations this new system will affect the most? Women and minorities, who may be further suppressed if ISPs choose controversial topics and websites.

So yes, people still will be able to “gram” food and Netflix all day if they want to as Pai suggests in the clip, but that comes at an unfair price, both economically and demographically.

Fortunately, all hope is not yet lost and it will be quite a while before any changes to Internet plans will occur, as Congress has the chance to stop the agency from enforcing the repeal and it is likely to be challenged in federal court. The South Asian community needs to remain vigilant and be vocal against the decision supported by one of our own by expressing concerns to elected representatives and encouraging any litigation that goes forward.

Let’s keep on fingers crossed and our eyes peeled for what’s to come.