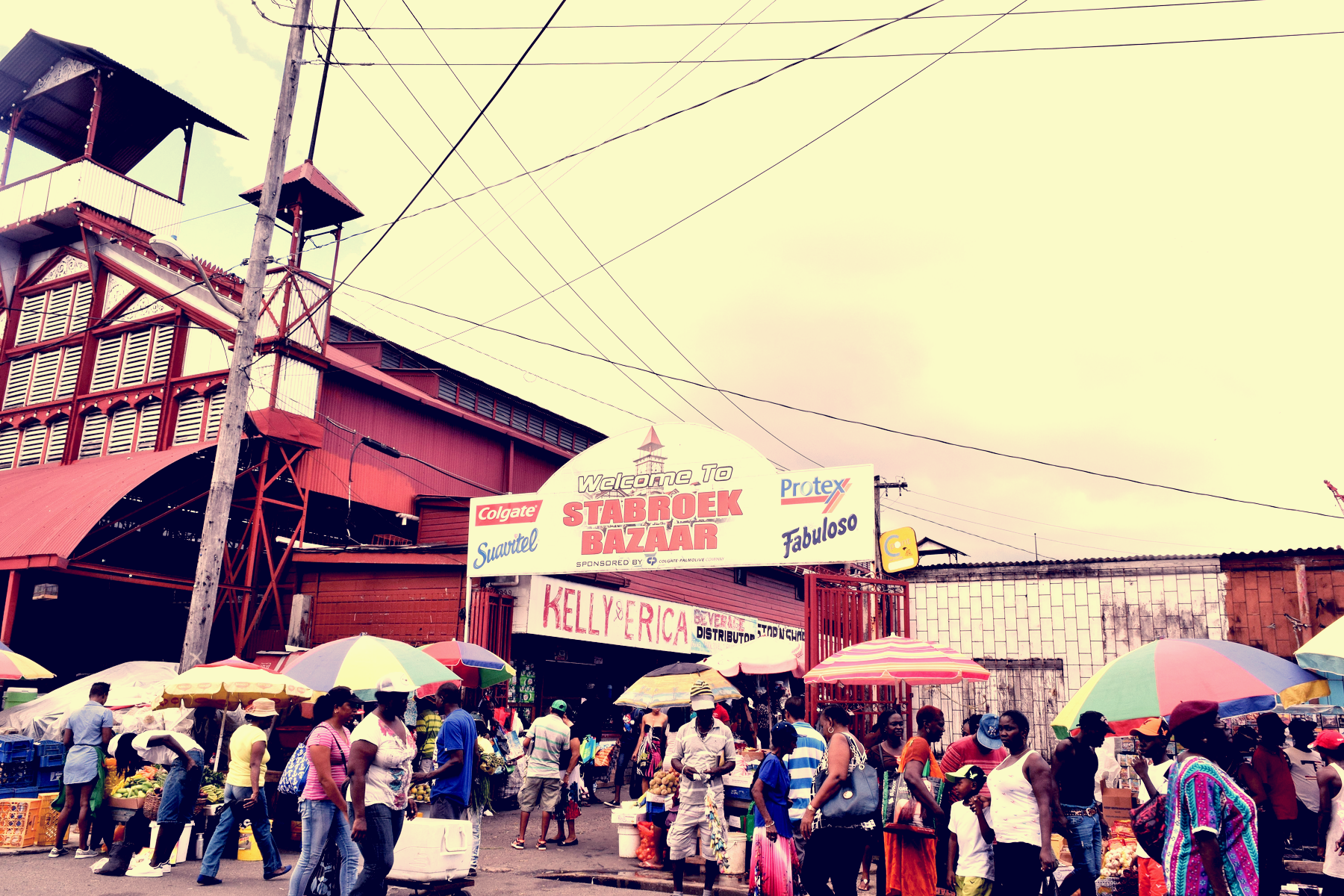 Photo by Tateyama via Shutterstock.com

This poem was written from the voice of the post-colonial Indo-Caribbean country of Guyana. It is written to the ones who immigrated to other countries. When I wrote this, I was deeply immersed in art about immigrant women. “A Study” switches between “proper” English and English Creolese, the common tongue of Guyana. In 2017, during a visit to my native country, I felt like an outsider. Even though I was born in Guyana, I felt as though I didn’t belong there. This feeling continued to follow me as I traveled around the island, even as I rode along the seawall, a barrier that protects the country from sea flooding.

“A Study” touches on the civil unrest and racial tensions in present-day Guyana. It boldly addresses the ones who left. The end phrase, “wan wan dutty ah build dam,” means “every mud clay brickworks together to build a dam.” This is my way of imagining the country saying, “don’t worry, we got this, with or without you.” It is the voice of the country saying, “we know you think this place is worthless, but we will continue, past all post-colonial struggle, past all those who have left us, with no regard for the fact that no reparations were ever made, and will continue to build this place.”

There is no country here for you now you know
When you cannot even survive the scotch bonnet in curry
All of here mek from ting da grow dis way, da way, up suh
Just ah try leff dis place in one heap of dust – tek it visa an hurry

There is no one here who will change this place
Jumbie El Dorado, never here just gold deep in mud to mine
Mud here chase white man away long time now
And just like now none body yet come an’ atone for no crime

[Read Related: Artist Amrisa Niranjan on Virtual Art, Mental Health During the Pandemic and Her Latest Exhibit at Lips Café]