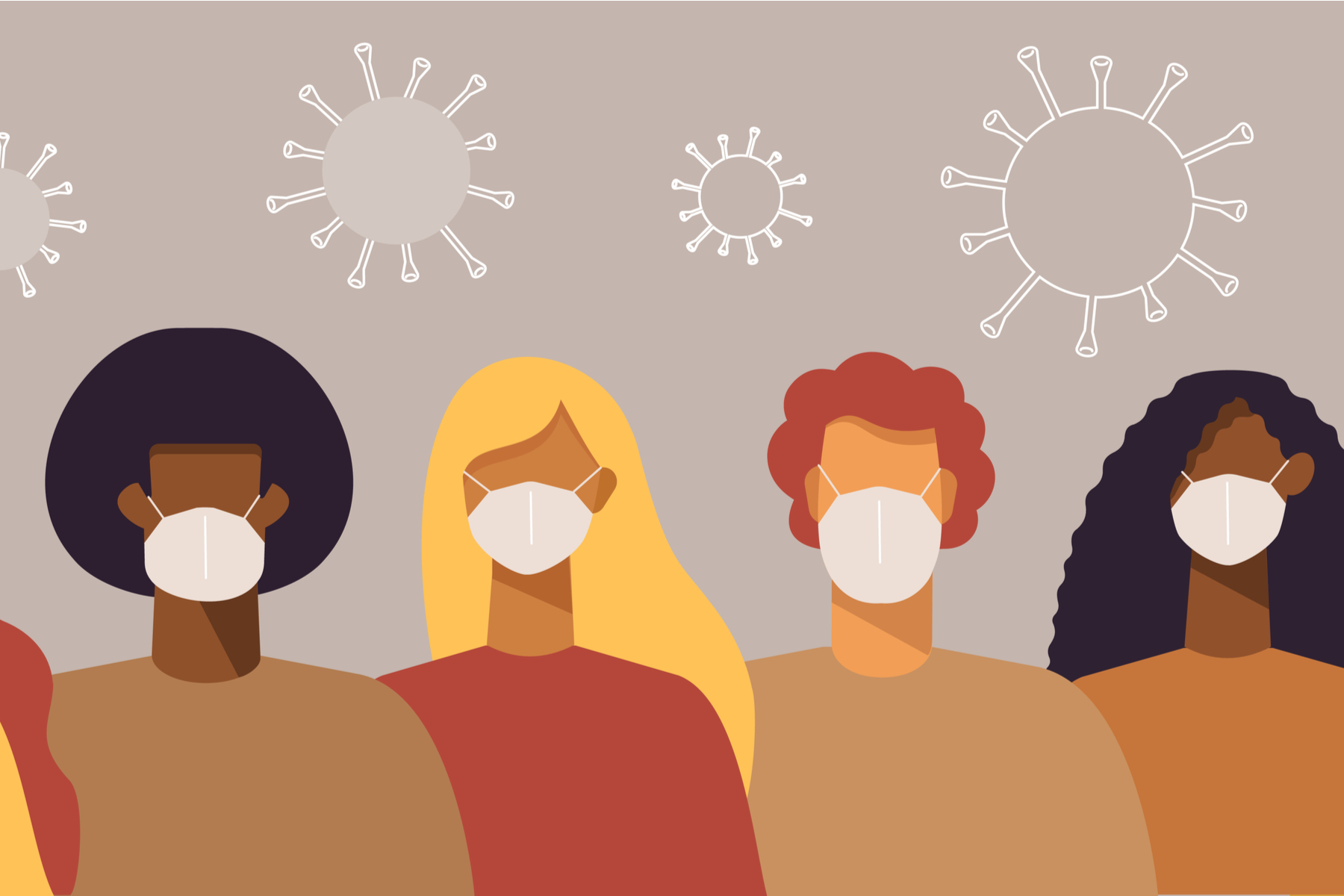 I opened Instagram to a flood of posts of freshly baked banana bread and newly painted canvases. Though a visually pleasing productivity spike, I stopped after seeing a girl’s typical mirror selfie.

“Coronavirus is taking over the world, and it’s all because of idiots in China eating bat soup.”

I stared at this caption, reading it over and over. Idiots in China? I’m also feeling distressed about the current state of the world. Like many, I’m feeling robbed of the opportunities I had set in motion for 2020. A new job, travel plans, turning 23. Not that the latter is a huge milestone, but it would be nice to celebrate my birthday outside with people.

Why was I feeling so hurt and frustrated over a girl who said something so dense? I had to remind myself that’s exactly what her caption was, insensitive. The girl who posted it was around the same age as me, but she was caucasian. Was I so affected by her words because I am also from a culturally and ethnically diverse background?

I was born in Australia to Singaporean/South-Indian parents. There were no cultural delicacies exposed to me growing up. Most of my early childhood consisted of Vegemite and Weet-Bix. But as I got older, facets of my Indian background began to unravel. I couldn’t stop drawing unexpected similarities to other cultures.

Similar to myths about the health benefits of traditional Chinese medicine and eating wild animals, there are a plethora of myths in Indian culture. Almost any Indian grandmother has a list of homemade skin lightening remedies permanently ingrained into her mind. Whether it’s tomatoes, organic yogurt, turmeric, or lemons, Indians being told to lighten their complexion is not new.

Pull the lens back further, and you’ll find these myths go much deeper than applying topical ingredients to the skin. Saffron infused milk, otherwise known as Kesar milk, is widely consumed across India for its health benefits. Especially during pregnancy, but not for the reasons you would think. In many Indian families, the belief that if a pregnant woman drinks Kesar milk, her child will be born with fair skin.

Picture yourself as a child in a South-Indian village. Imagine your mother tells you every day that if you rub tomatoes and lemon juice on your skin twice a day, you will become fair-skinned. Now, imagine a young Chinese girl, born into a family of farmers and living in a rural town. Her mother tells her to take her medicine for good health, a medication that has the scales of pangolin in it, otherwise known as the world’s most trafficked non-human mammal.

Told to eat, drink, and apply incredibly specific things to your body from a young age is no isolated incident within many cultures. It’s something we all share in common, yet we fail to acknowledge this.

I navigated my Singaporean and Indian identities while raised as an Aussie. But I wouldn’t trade this experience for the world. This background has allowed me to see similarities between different cultures, and to better interpret them. I’ve always been grateful to have this heightened cultural sensitivity and awareness. Yet I often forget that not everyone has this same level of sensitivity towards other people’s values and customs.

The moment I read that Instagram caption, I instantly felt disturbed how someone could casually make fun of a stranger, let alone an entire nationality, without ever knowing where they came from? What their lifestyle was like, or how they grew up?

To people, I probably seemed too sensitive and over-dramatic. But I believe my culturally-complex upbringing and awareness of other cultures has made me incredibly understanding towards minority groups—a quality often absent in many who have not experienced life like a minority.

In times of significant disruption, scapegoating ethnic minorities is rampant. The 9/11 attacks sparked widespread racial intolerance of Muslims, among many who fit the Muslim-Arab stereotype. In Australia, the 2005 Cronulla riots saw the outbreak of mass violence against young men of Middle-Eastern appearance, instigating derogatory attitudes towards them. Just two years ago, Australia dealt with its “African gangs” outbreak, which saw South Sudanese-Australians faced racial abuse and intensified police profiling.

It’s disheartening to admit we are no strangers to news of an ethnic minority falling victim to the latest public racial attack. Whether they wore a turban or hijab or have different eating habits, one thing all minorities share in common is the label of the other.

Xenophobic attacks against Asians continue to accelerate. Much of the international response to the pandemic is Chinese have brought this on themselves due to wet markets and “unnatural” customs. The assumption is no better than victim-blaming. But it is precisely why ethnic minorities need to come together to stand up to racism. Ethnic minorities relate to the experiences of racism that Chinese people are currently facing more than anyone else. We are frequently left exposed to marginalization and the first to know the consequences when no one helps. All minorities have experienced personal battles with discrimination. We must remember it is these battles that unite us. If we value multiculturalism, we need to fight off xenophobic attacks against people by calling others out.