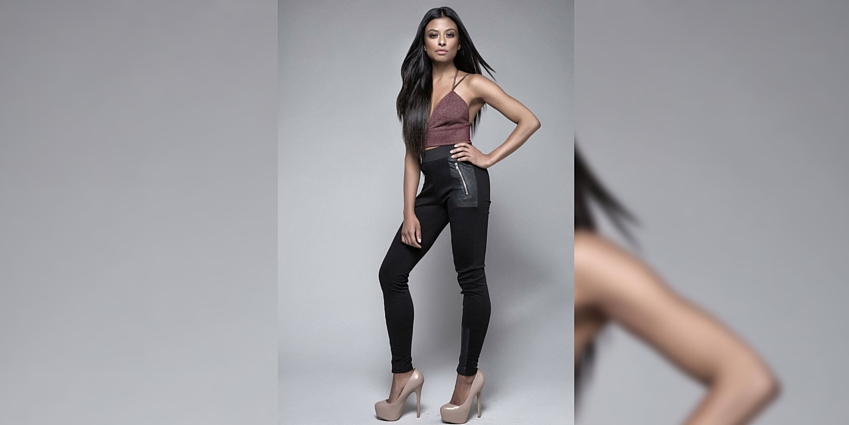 Maybe I was a little idealistic thinking that starting from scratch would help me make a career out of blogging, modeling and acting. After six months, I’ve gotten my name out there and learned a whole lot, but money is still a problem.

One thing that has changed from six months ago is my enthusiasm for the modeling and acting world. I love the entertainment industry more than I thought I would. I love the excitement of it. I love that only the hardest working people and the people who hustle the hardest make it. If I do make it, I love that the reward could be beyond my wildest dreams. I love that everyday of my life is a pageant.

As much as New York is a concrete jungle, acting and modeling as a profession epitomizes survival of the fittest. One major reason for this is that everyone is a freelancer. I spend ninety percent of my free time going on auditions. Most of the time, I’m not booking gigs, but I need to keep my 9:00 a.m. to 5:00 p.m. hours free so that I can keep going on auditions.

It’s crazy because so many jobs that I would love are also nine to five jobs, like fashion, writing, and marketing jobs, but finding a position that is flexible enough to let me take time off for auditions and gigs in acting and modeling is nearly impossible, especially at this stage of my career, especially because I am going on auditions almost every day.

I made some money in March from booking acting and modeling work. I decided to put all of that money back into my career by paying my agents to be on their respective websites. Investing in myself sometimes feels like a black hole, where money disappears never to be seen again (okay, okay—there is some personal growth… big whoop!).

April rolled around, and I hardly got an audition.

Naturally, by May, my bank account was officially not looking so hot.

I decided to use my last few dollars to come to New York City to stay with my boyfriend on the Upper West Side. Being this strapped of cash sucks! It creates desperation. I didn’t have time to look for a new fashion job or a marketing job that came with all of the “flexibility” that I desired.

I had heard about people making $400 – 500 bartending on a Friday night . I decided I would find a bartending gig.

Taking a friend’s advice, I scoped out the East Village for spots hiring bartenders and servers. I don’t have a ton of bartending and serving experience and had been previously turned down by a highbrow New York restaurant for my “lack of beverage knowledge,” so I was feeling like I definitely have to start at the bottom this time around. 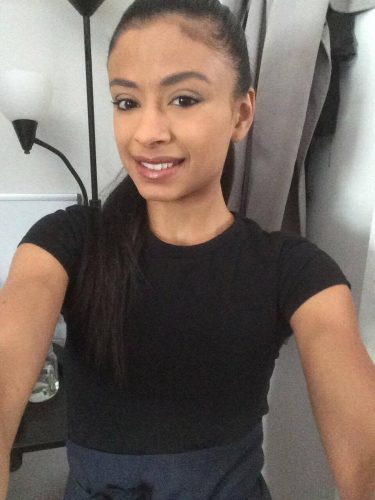 I got off of the train at 14 ST-NYU and started walking. I was feeling full of determination and fearlessness. I had nothing to lose. I mean I literally had nothing in my wallet and bank account.

I passed a spot that looked classy. From the outside, I thought I saw a bar.

“That seems promising,” I thought to myself.

I walked in, and it was a small family owned restaurant. I’ve always avoided working in small restaurants where everyone that works there is related. I’ve always just assumed that it causes weird drama at work. I’m sure this is only sometimes true, but I didn’t want to test the waters today.

I wanted to get out of there, but I was embarrassed that I had already walked in, and the hostess had already addressed me. I asked the hostess if the restaurant is looking for servers or bartenders. The hostess did not understand what I said and pulled a nearby waiter over to speak to me. He said to find an application online.

I took a flyer from his hand with information about the website, thanked the server, and was out the door. Phew! I did not want to work there.

I walked down the street and did not see a single restaurant.

“Am I in the right neighborhood,” I asked myself. “Maybe I should have mapped out some spots before coming out here…”

Even after three years of being in the city, the exact neighborhoods and their boundaries still confused me.

After a few more blocks of walking in my heeled booties, I found an Irish pub. I walked in anticipating a host greeting me. After no one came up to ask me if I needed help, I walked to the bar and waved over the bartender. I told her I was interested in working there and wanted to speak with a manager.

She asked me to sit at a table and wait.

I took a seat at a nearby table and I took my resume out of my black briefcase. I kept looking around at every movement coming from the bar, the only area of the restaurant that had people in it.

“Where is the manager?” I thought to myself, getting impatient.

A few minutes later, a manager walked over to me and told me that they just filled the open position that they had been advertising.

I thanked him and walked away. I walked a few more blocks down the street. All I saw were tiny little bistros and take-out places that were too casual for my taste.

“Why did people tell me to come to the East Village? I’m clearly in the wrong neighborhood,” I thought to myself.

I went further east to 1st Avenue and started passing a bunch of cute little wine bars and beer spots. This felt more promising. I went into six or seven bars and small wine/tapas style places, I was offered an interview and a few “we’ll get back to you in a couple days.”

I felt relieved. Now, I had some options.

But, I wasn’t totally satisfied with my options so far. I wanted to keep looking.

I continued to walk. I felt a raindrop hit my cheek.

It was slowly starting to rain.

I looked in my handbag. I had three resumes left. OK. I’ll just give out one or two resumes on my way to the subway stop and then head home before I’m soaked from the rain.

I walked by a familiar spot that I had always wanted to try. I walked towards the entrance and saw a sign that read, “Hiring busboys, food runners, servers, and hostesses.” They were looking for all kinds of staff. I confidently walked in and with luck was able to speak to the manager at the host stand.

She interviewed me and hired me on the spot.

I filled out paperwork that day and was asked to come back the next day for my first day of training.

Success! I would be broke no longer.

I headed back to the subway while receiving text messages from my boyfriend of congratulations and how proud he is of me.

I had worked in restaurants many times before and loved it. The one thing that I had not realized had changed is that since embarking on a career that I love, doing anything outside of my passions now feels painful. Working in the restaurant industry now would be different than it used to be.

Do You or Do You Not Eat a Laddoo?